Will Politicking in Tehran Make for a Difficult 2014 in American-Iranian Relations? 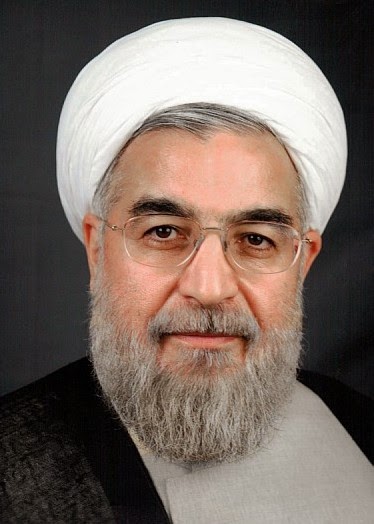 It was less than six months ago that Hassan Rouhani was the toast of New York, delivering a well-received address at the United Nations, arranging a nuclear deal in Geneva, and becoming the first Iranian leader in more than two decades to speak with an American President, albeit on the phone. Now he may not even be able to get his pick for UN Representative into the United States. His choice of Hamid Aboutalebi, his Deputy Chief of Staff for political affairs, has set off a storm on the American Right.

Aboutalebi speaks fluent English, is a long-standing reformist, and was purged from the Foreign Ministry by Ahmadinejad. Unfortunately, he also took part in the 1979 hostage crisis. Aboutalebi’sideological transformation is less unusual than it might seem. Many leading hostage takers subsequently changed their views, and veterans of the occupation of the American embassy were the foot soldiers of the 1990s reformist movement, including Reformist President Mohamad Khatami’s Vice President, Masoumeh Ebtekar, 1979’s erstwhile “Sister Mary.”  Current hardliners were notably more recalcitrant, with Mahmoud Ahmadinejad having argued the hypocrisy of seizing the American Embassy without also attacking that of the Soviets who had recently invaded Afghanistan.

Yet this transformation is too complicated to be easily conveyed to an American audience, and the domestic firestorm soon drowned any efforts at an explanation. The Senate voted unanimously to bar Aboutalebi from entering the United States, and after some hesitation, the Obama Administration agreed to deny him a Visa, the first time since the 1987 denial of a Visa to Yasser Arafat that the American government has refused entry to a UN representative. Iran has so far refused to replace him.

The battle over Aboutalebiis a reminder that some of the greatest obstacles to the improvement of relations between Tehran and Washington lie in domestic politics and history, especially on the Iranian side. These challenges are likely to make 2014 a much more difficult year in U.S.-Iranian relations than the heady optimism and symbolic achievements of 2013.

While these challenges exist on both sides—for example, the Aboutalebi affair, and Obama's continued efforts to  fend off congressional efforts to strengthen sanctions on Tehran— Rouhani too faces challenges, once that arguably dwarf Obama’s, and have played a larger role in determining the course of Iranian-American relations. Like Obama, Rouhani inherited an economy in crisis, and faces a Parliament (Majlis) and judiciary controlled by his opponents. What political capital he earned from the deal in Geneva has been largely spent on keeping his cabinet ministers in office, especially Foreign Minister Javad Zarif, who has become a particular object of conservative loathing. With no financial relief from international institutions forthcoming, Rouhani faces the prospect of having to substantially reduce domestic oil subsidies, the same third rail of Iranian politics that helped unmake Ahmadinejad’s political career in 2010.

Overshadowing all other questions however, is the Supreme Leader’s health, and the consequent question of the succession. Khamenei is 78 years old, and rumored to be ailing. His successor will be chosen by the Assembly of Experts, a group of clerics elected by the public (from an approved list of candidates) who are tasked with selecting the Supreme Leader and supervising his activities (at least in theory). Last elected in 2006, the Assembly serves for a term of eight years, though the term of the present Assembly has been extended to 2016. That means that the next Assembly will serve until 2025, and is almost certain to select Khamenei’s successor.

A reformist victory in the elections is likely out of the question: the Guardian Council will never allow it, and intervened aggressively to block candidates in 1998 in order to preserve a long-standing conservative majority. Nor will Rouhani’s own moderates escape that vetting process. The President’s ally, Ali Akbar Rafsanjani, was ousted from his position as Chairman of the Council in 2010. Yet if a few reformists and moderates are allowed to run, there is the prospect that they might play a king-making role for a more independent conservative such as former Judiciary Chief Mahmoud Shahroudi, or be able to influence the formation of a committee to replace office, a solution that has been discussed in the Iranian press recently. Rouhani is well aware that the reformist project of former President Mohamad Khatami ran aground on the opposition of the Supreme Leader, and he therefore understands that the future of his movement and Iran will turn on those Assembly of Experts elections in 2016, and the Majlis elections which will be held concurrently with them.

It is, however, far from clear that the reformers will be able to field any candidates, much less enough to matter. Ayatollah Ahmad Jannati, the head of the Guardian Council, which vets candidates, warned of a “plot” to infiltrate and takeover the Assembly in order to influence the choice of Supreme Leader, thereby implying that the Council might well deny any reformists or moderates the right to run in 2016. and conservatives are equally aware of how vital control of the chamber is.

Rouhani is therefore to focus much of his energy over the next two years on the goal of maneuvering for those 2016 contests, and as a consequence his objectives in talks with the United States are likely to be very different from Obama’s. Obama seems to want a genuine normalization of relations, whereas Rouhani is merely seeking a reduction in tensions. Obama is willing to sacrifice domestic political capital to improve relations with Iran; Rouhani by contrast, is attempting to use American concessions as a currency to purchase political capital at home. He is willing to sell symbolic concessions such as a less anti-American line in the state media, which now focuses largely on a Saudi-Israeli “axis,”  or photo-ops at the UN, in exchange for U.S. concessions on real issues like sanctions and the nuclear program. However, the key point is that Rouhani is looking to accumulate political capital rather than expend it, and it can only be accumulated by winning concessions from the United States, not by working with it.

Nowhere are the consequences of this difference in objectives more pronounced than in the recent (unofficial) revival of a 2008 proposal by Condoleezza Rice to establish a US “Interests Section” in Tehran and to staff it with American diplomats. The presence of American diplomats in Tehran would pose a mortal threat to the Rouhani government, opening it to accusations of disloyalty, and presenting a serious security risk to all involved. It is not a secret that the Rouhani government lacks direct control of the Revolutionary Guard, and it is almost certain that Iranian conservatives would advocate violence against the Americans, perhaps going so far as to attempt another embassy seizure. The Americans stationed in Tehran would become hostages overnight, not to Washington’s good behavior, but to Rouhani’s, with conservatives able to threaten a second embassy seizure whenever Rouhani or the reformists appeared poised to challenge them. And the welcoming of potential “spies” into Iran would act as all the justification the Guardian Council would need to disqualify reformists from a role in choosing the next Supreme Leader.

For Iranian conservatives, the hostage crisis remains the legitimizing experience of the Islamic Revolution. An Iranian government can cease active hostilities, but the entire legitimacy of the present Iranian system lies not just in a rejection of the American-backed Shah in 1979, but also of his pro-Western liberal successors in 1979-80. The frequent references to domestic enemies as the “Den of Spies” did not point to the Shah and his officials, but rather politicians formerly associated with Mossedeq’s National Front, anti-Khomeini clerics who opposed his regime, and liberals generally. The legitimacy of their suppression and exclusion from Iran’s political process is intrinsically linked with their “treason.”

The latter is no small thing, but the Obama administration needs a realistic appreciation of how limited the immediate results of its overtures to Iran are likely to be, and how high a price, both domestically and internationally, it will need to pay for them. The exuberance of June 2013 is over for both Obama and Rouhani; the hard work of building constituencies in both countries for further progress is the task of 2014.