Why Republican Should Be Wary of Bernie Sanders 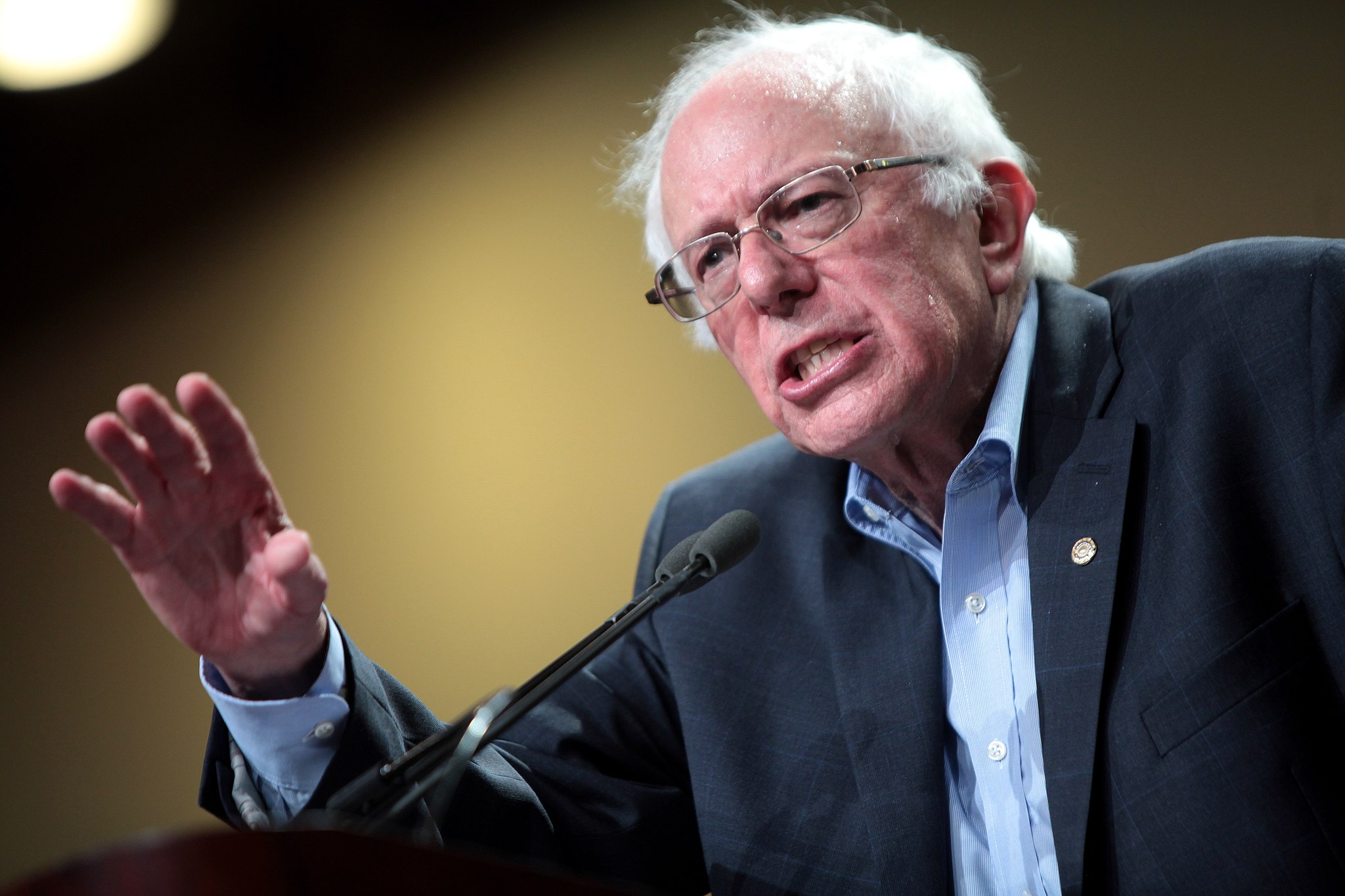 Perceiving the wreck of the British Labour party in the aftermath of the December 2019 elections it is hard to imagine that Jeremy Corbyn once represented a formidable political force. Weighed down by accusations of turning a blind-eye towards anti-Semitism, saddled with a Brexit policy which seemed to involve allowing various Labour factions to fight the question out, and promoting a manifesto that promised all things to everyone, Corbyn was a clear political liability. He possessed neither personal credibility, nor the trust of the electorate.

Given the way the Corbyn experiment ended,and the way its final denouement has coincided with Bernie Sanders’ surge in democratic primary polling, it is clear why critics of Sanders have been quick to point to similarities with Corbyn. They are not wrong to do so. Arguably both came from the same place. Backbenchers with a penchant for championing eccentric causes, almost invariably including those of anti-Western despots(Corbyn’s dalliance with the IRA and Hamas, Sanders honeymooning in the Soviet Union and championing the Sandinistas and Castro), neither was looked upon as a serious voice within their respective parties, much less potential leaders. Sanders was not even a Democrat until his 2016 campaign. They may well end in the same place as well. But the path might be less linear than planned or expected.

One of the charges against Sanders by his critics within the Democratic party is that he cannot win a general election,that his liabilities will be fatal. This, for what it is worth, was also the argument levied against Corbyn. The recourse to it, rather than an effort to actually make a compelling case against those associations and policy views which were viewed as unelectable contributed greatly to the failure of Corbyn’s internal opponents. This is not to say it was untrue in the end. Corbyn did prove a liability. But the issues which took him down in 2019 were not those highlighted in 2015. His association with the IRA vanished without a whimper,and links with Hamas only became relevant when tied to a systemic controversy over anti-Semitism within the Labour party.

Conservative efforts to weaponize both in 2017 ran aground on the same problem. The attacks were about issues from the past. The IRA has not been a serious issue in British politics since the 1990s. For voters who were 40 in 2017, the Good Friday Accords had been signed when they were 21, and the worst of the troubles had occurred before their teenage years. When Tories responded to Corbyn’s attacks on austerity with references to the IRA, it seemed like an effort to dodge the issues that mattered to voters in the present through playing some sort of “gatcha” game.

That is why Republicans should be worried about Sanders. Already there is some unease about the prospects of a campaign which merely points out that the Vermont Senator is a self-confessed Socialist.That is not merely because increasing numbers of young voters see socialism positively. Such changing attitudes are a symptom of a wider problem, the fact that no one has made the argument against “Communism” in so long that it has been forgotten. Communism was an enemy not because it opposed free markets or wealth creation, but because during the Cold War it was functionally an expansionist international organization that brooked no opposition. It sought to use legitimate economic and social complaints to coopt gullible social movements and allies who it then discarded installing totalitarian rule.Communism was partially brought down by the work of labour unions like Solidarity. It fell because it was anti-worker, not because it was anti-capital. Instead of reminding a new generation of voters, too many conservatives have abused the term to use it to refer to any economically redistributive policy they dislike even if such policies might be popular. This ironically has backfired, associating the popularity of concepts like universal healthcare with a Marxist-Lenninist system which never delivered any of them.

The consequences of this messaging failure extend beyond policy. They also make it much harder to make an issue of Sander’s past associations. By reducing the Cold War to a conflict between“capitalism” and “socialism” rather than between a totalitarian movement and everyone else, it legitimizes those who were on the other side as supporters of a different, but legitimate, possibly even equally legitimate, world view.There is a real danger that many voters will respond to attacks on Sanders’ honeymoon in the Soviet Union with a “what?” followed by a “why should we care?” with no effort made to highlight the latter. At the moment, Sanders’critics in the Democratic party have failed to provide any reason why anyone should.

It is also worth stressing the degree to which Sanders’ demeanor comes across as non-threatening. He is so unpolished,so clearly uncoached, almost out-of-touch, that it comes across to many voters as non threatening. It is easy to believe he has nutty ideas or is unfit to be President. It is quite a bit harder to portray him as threatening, a would-be tyrant, malicious, or, as Elizabeth Warren found to her regret, a liar. The very extremism of his views provides a degree of protection from charges of dishonesty. If he was calculating enough to regularly lie about his intentions,then why wouldn’t he pretend to have far more moderate positions?

I do not take a position on whether Sanders would be “easy” or “difficult” for the President to beat in November, as I feel the answer depends on how the challenge is approached. I do feel Sanders presents a different challenge from Warren or Biden, or Buttigieg, and if the same approach is adopted as would be used against Warren it is likely to end much the same way Theresa May’s campaign against Corbyn did. She won by the way, but by 3% in the end having begun 20% ahead and with an open field on the right with the collapse of UKIP.

I do feel that Sanders has the ability,much as the President did in 2016, to change the question from a comparative asto whether “you would be better off with the other guy as president for four years” to one where the key issue is “whether the system is working.” If successful, then there is a real risk many voters will wonder what is the worst that might happen. Such conclusions are far more likely if Sanders policies are not attacked on their own merits through efforts to explain why they would be harmful, and merely denounced as unworkable or “socialist.” If they don’t work what is the problem?

At the same time, Sanders has shown some of the same ability Corbyn did in 2017 to neutralize the cultural issues on which past elections had turned. In 2017(unlike 2019) Corbyn was able to neutralize Brexit precisely because he was perceived as an enemy of the London elites who had backed Remain. That the had attacked him as a secret Brexiteer ironically gave him credibility in Brexit areas, while the hostility of cosmopolitan liberals inoculated him against the suspicions around immigration and multiculturalism normally levied at the left. Sanders’ recent handling of the endorsement by Podcast host Joe Rogan was masterful. Sanders decision to trumpet the announcement by Rogan to his audience of 200 million that he intended to vote for the Vermont senator triggered a reaction by hard-line Transgender advocates angry Rogan had expressed skepticism about trans participation in women’s sports. Not only did these attacks and Sanders decision to stand firm send a message to the voters Sanders wished to attractwith the Rogan endorsement, but the decision to embrace hard-line identity politics attacks undermined Biden and Buttigieg whose more centrist Democratic supporters often backed them because they were hostile to identity politics. It undermined moderate support for Sanders’ more centrist rivals and made Sanders more palatable to voters at the same time.

Sanders has a down-the-line left-wing record on issues of social justice, but he also clearly does not care greatly about issues of identity politics. That ironically is far closer to the centre of the American political spectrum, tolerant of social justice causes, hostile to aggressive social justice activism, than the centre of gravity in either party. Republicans at their own peril underestimate just how much the value of social issues can be neutralized by an opponent who just doesn’t care. The argument can be made, correctly, that control of the Supreme Court and the executive are key regardless of the personal commitment of the President, but that is much subtler argument and lacks the emotional punch.

Republicans should not be celebrating a Sanders nomination. If they do not take the Vermont Senator more seriously than his Democratic opponents did, they are at serious risk of ending up with him inthe Oval Office.