Trump's Post-Convention Implosion: The real damage Trump is inflicting on the GOP is to deny it a message 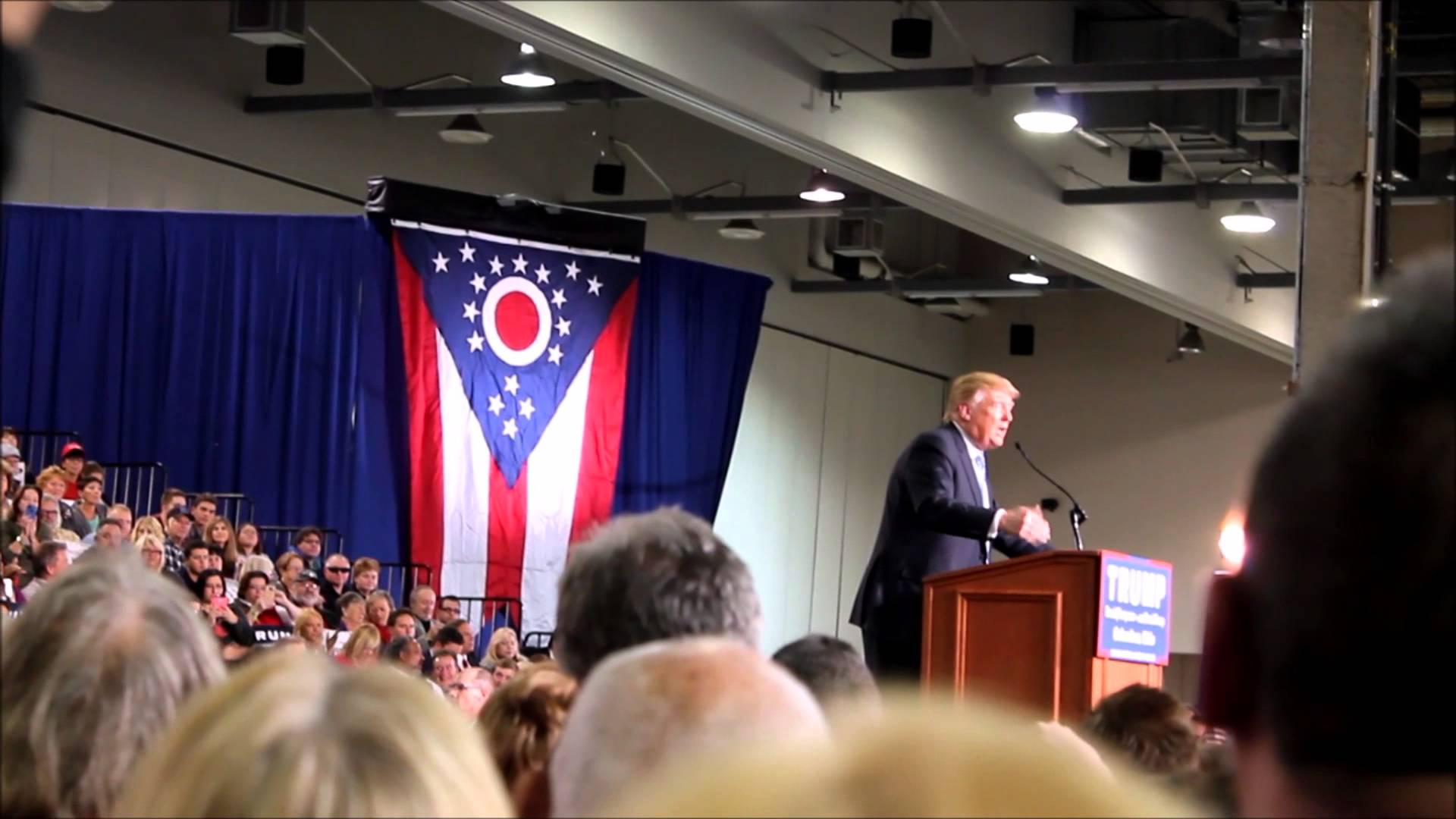 It is almost always a danger sign when a campaign is forced to issue a press release insisting that they are "united" and that operations are "better than ever." It is also often a prelude to a departure, either of the campaign's management, or of the candidate from the race. Hence why both the media and some in the Republican "establishment" have begun wondering if perhaps, just maybe, they might not be stuck with Donald Trump after all. Has he only just learned that not only might he lose in November but that odds are overwhelmingly in favor of him doing so? Does he have the stomach for a fight he likely won't win? Maybe he is getting bored of this game after all?

It is hardly surprising that some Republican leaders have responded to the events of the last week and a half by making contingency plans for such a desirable eventuality. The last week has seen Trump double-down on his relationship with Putin, get embroiled in a public spat with the Muslim parents of dead Army captain, have naked pictures of his wife engaged in a lesbian themed photoshoot leak, and managed to pull a Ted Cruz by ejecting a baby from one of his rallies. When a single of these gaffes might doom a traditional candidate, imagine the coverage of Mitt Romney if he kicked a baby out of one of his rallies, the concept that a candidate can survive such a concentration within such a short period of time seems inconceivable.

The problem of course, is that the degree of panic by the GOP elite is as yet not fully supported by evidence from polling. Trump is undoubtedly down in recent polls, but by margins within the mid-single digits reminiscent of his numbers back in June. He is down from the period of his own convention, but that merely highlights the fact that he received a major boost from Hillary Clinton's email troubles such that he even briefly led the RealClearPolitics polling average. It is unclear to what extent his falling numbers are a reaction to recent events and to what extent they are a reflection of a Democratic National Convention which featured much bigger guns than the RNC.

As such, Trump's internal critics face a problem similar to that faced by Jeremy Corbyn's foes. Things may be bad, but they are not conclusively bad enough that it is impossible for everyone to come up with their own explanations, not least Trump, who is not going to forget he led only ten days ago even if everyone else seems to. That there are structural reasons for the fears of his critics - his fundraising is barely a third of Hillary Clinton's, his campaign operation is a mess, he has reversed barely $1million in ad time compared to $98 million from the Clinton campaign, does not bother someone who won the GOP primary while outstaffed and outspent, and who is likely placing all of his eggs in the basket of the presidential debates. Having taken down Jeb Bush, Marco Rubio, and Ted Cruz, Trump is reasonably certain he can use his reality TV "charm" to outperform Clinton in a two hour battle to entertain the public.

Trump may or may not be right about his ability to win the debates. As someone who watched every primary clash, I am personally of the opinion that he is being badly underestimated. His moments were in fact the most substantive ones - his destruction of Jeb Bush over Iraq in South Carolina for instance - and Hillary Clinton is ultimately defending a long record if not of failure, then of unpopular policies perceived by many as having failed. She voted for the war in Iraq, favors greater engagement in Syria, an will be vulnerable to populist bullying on her relationship with Wall Street. Furthermore, for those who consider Trump a purveyor of post-truth politics, debates are a post-truth forum, in which the power of assertion literally trumps fact-checking. And during the primary, Trump was a master at parrying attacks with much fiercer ones of his own.

While this may superficially be dangerous for Hillary, it is even more a problem for other Republicans. For months Trump has presented a problem for Republican elected officials. Much of the media focus on this has stressed the difficulty many have had in defending various extreme statements Trump has made, but that is a secondary issue. The much more dangerous one is the need to defend Trump's policy positions, which, such as they are, in many cases are incompatible with the party platform. It is one thing to say you do not agree with personal attacks launched by a candidate. It is much harder to explain why you support free trade when your nominee does not, and even more complicated to make the case that voters should both send you to congress to pass such agreements and then also elect a President Trump to veto them. The net effect has been on a host of issues to make it impossible for the Republican party to campaign on almost anything.

This was the real danger in the recent clash over Putin's role in the election. It was not so much that many people believed that Trump was a Putin patsy so much as the fact that the nominees positions on NATO and Putin directly contradicted that which the Republican party has run on for most of the last decade. Hence it sent confusing signals to Senatorial and Congressional candidates as to whether they should support Trump's position or the traditional GOP one. In the former case, they would be ceding the hawkish ground to Democrats and tying themselves to Trump, not to mention making themselves vulnerable regarding any possible contradictions with their own previous statements or positions. In the latter, they would become a weapon to be used by Democrats against Trump, with reporters competing to ask Trump how he would like to respond to "X candidate" contradicting him on "Y" issue. Any effort of the Republican party to campaign on a given issue is therefore vulnerable either to Trump deciding he dislikes the party's position, or to stories highlighting the disagreements of a senior elected Republican with Trump's own views on it. In neither case has it been possible to get the message itself into circulation.

This creates a feedback loop in which Trump makes a statement, the press proceeds to ask a Republican elected official about it, only for the answer to then be relayed back to Trump for a response. That response in turn becomes a major story, either in terms of being a personal attack, or alternatively by setting off another cycle of "do you agree with Mr. Trump on X?"

Trump has worsened this problem by proving himself quite willing to take the bait and attack any Republican who so much as ventures disagreement on almost any issue, a pattern of behavior in the last week which led him to refuse to endorse either John McCain or House Speaker Paul Ryan in their primaries. Trump might be able to survive the former, McCain is far from universally loved in conservative quarters and increasingly seen as a fossil from the political elite, but Ryan is someone who has become almost a proxy for Trump's relationship with the Republican establishment in the eyes of the media. His vacillations over whether to endorse Trump were front-page news, and the prospect that Trump would seek to oust a speaker of his own party creates a hideous conundrum for Republican House candidates across the country. Do they pledge loyalty to their leader or to their presidential nominee?

For most, the choice will be relatively easy. Ryan is far more likely to remain speaker next year than Trump is to be president. But even that choice carries dangerous implications. Namely they risk being tagged as "defectors" by future primary challengers. This will be especially true if they are perceived as having backed a Hillary Clinton who is likely to be extremely unpopular with Republican primary voters by 2018. That is one reason why so few of the #nevertrump Republicans have gone so far as to endorse Clinton and none are likely to do so outside of retiring figures at the end of their careers.

In the meantime, however, they have to get through to November, and at the moment they do not have a coherent message. More than the organization, that is what Trump is inflicting in terms of damage. The saving grace, to the extent one exists, is the Democrats too have subordinated any sort of wider message to the exigencies of an immediate attack on Trump personally. This was evident at their issue-less convention(absent a few brief nods to gun control) and in Clinton's almost issue-less campaign. To an extent, this has prevented the party from taking as much advantage of the opportunity presented as they could, which is one reason why Republican senate incumbents seem to be holding on better than expected. It remains to be seen if those races will break late.