The Worst of Timing: Why Scotland's Second Bid for Independence Will Earn a Cold Shoulder From the EU 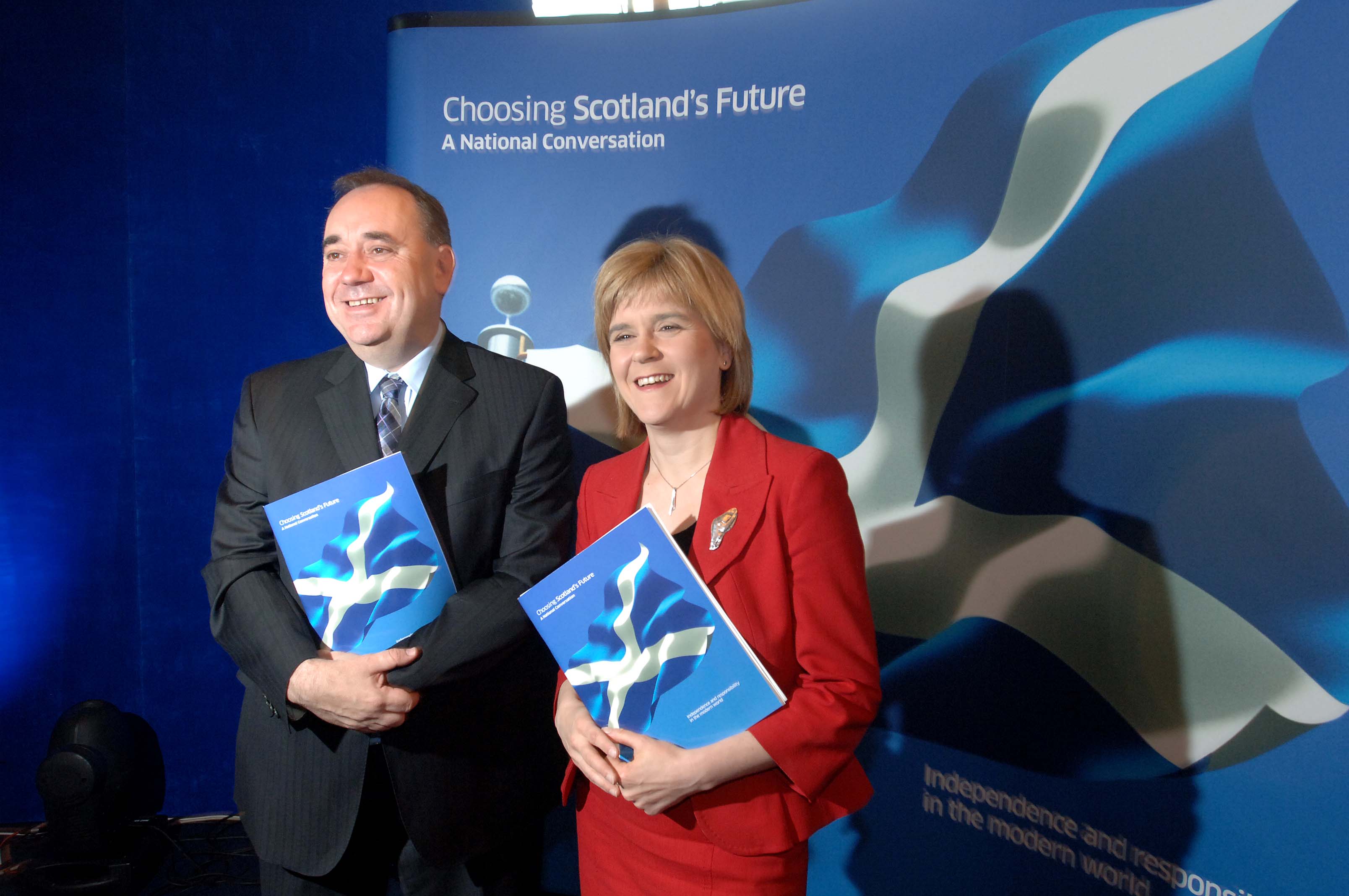 It should have been a moment of triumph for British Prime Minister Theresa May. After a long struggle in the courts, the House of Commons, the Lords, and then the Commons again, the Prime Minister had finally received the authority to activate the Article 50 process for leaving the EU on her terms and no one else's. Instead, the event came to be overshadowed by the announcement from Scottish First Minister Nicola Sturgeon that she wished to hold a second referendum on Scottish independence in the fall of 2018 to revisit the question last contested in 2014.

If her goal was to overshadow and annoy the Prime Minister, Sturgeon succeeded. Whether she is likely to accomplish anything else is unclear. The international and economic environment for Scotland which weighed so heavily against Scottish independence three years ago is if anything more hostile today, so much so, that some observers wondered if Sturgeon was actually hoping that May would refuse her permission to hold the referendum, thereby providing a bloody shirt for the SNP leader without the need to make the case for independence. Sturgeon did make an effort to tie the issue of Scottish independence to the British government's decision to leave the EU, evidently under terms which include a departure from the common market, in other words "Hard Brexit." As such, Sturgeon wanted to frame the question in terms of a choice between a Scotland in the Uk and a Scotland within the EU.

The problems with this framing arose almost immediately. Whether or not Scotland would be entitled to rapid entry to the EU has been a subject of controversy in which lawyers, and aspiring internet lawyers poured over abstract provisions of European law. In practice, the conclusion was that the EU could do whatever it felt like. The problem for Scotland was that while loud voices such as that of Guy Verhofstadt, the EU Parliament's Brexit chief, support them they tend to be powerless, while the voices that do matter, namely those of national leaders, have no interest in Scotland. Spain's concerns have been discussed endlessly given their fears about Catalonia, but the reality is that Spain is being allowed to serve as an attack dog for Germany and Italy. On the verge of a difficult Brexit process, with a refugee crisis and a potentially rogue Polish government threatening EU stability, Merkel and other leaders want to limit the number of moving parts. As nice as it might be for the Scots to have a seat at the table, conducting a parallel process with Edinburgh during the talks with London, or even including Edinburgh in those talks would infinitely complicate the issues at stake, adding a player who may not even be interested in an amicable outcome, and would potentially reduce the already low odds of an agreement within the two-year time limit set by Article 50. And there would be no way for the EU not to become involved in the talks over the terms of Scottish separation from the UK if it took place during the Article 50 process, hence the determination to ensure it does not happen. May and her government seem to grasp this, perhaps better than Sturgeon, hence their willingness to consider enforcing a delay on the referendum, knowing they will have the full support of the EU for doing so. In turn, they also grasp that if Sturgeon were to force a crisis now, she would find the EU, whatever its actual long term feelings towards Scottish membership, publicly insisting that Scotland would have no easy path into the EU.

The EU is not, of course, the only obstacle to Scottish independence. Simple fiscal reality mitigates against it. As Fraser Nelson illustrated in a chart, Scotland is heavily dependent on UK subsidies to meet basic fiscal demands, and without them faces a nearly 10% deficit.

Nelson notes that this is well above the maximum deficit for EU membership, and that the austerity required for Scotland to reduce the deficit to 3% would be more painful than what either Greece or Ireland is going through, and likely result in a long-term recession. But the deficit is not merely an obstacle to EU membership. After all, the EU could, if it wanted to, waive it, and Scotland could join the EFTA without meeting that standard. The bigger problem is that there is a second way the UK subsidizes Scotland, namely by allowing it to use the Pound. While this may seem like a strange point to make, the fact that the Bank of England is backing Scotland's currency, and that Scotland is part of the UK means that Scotland is able not just to run a deficit, but if need be, to borrow money to meet it. Independence would leave Scotland with a number of unappealing choices.

The first would be to keep the Pound, which was the desired policy of the SNP in the 2014 referendum. But already during that campaign, the Bank of England cast doubt on its interest in maintaining such a union which would give next to no benefits to the rUK. In a hypothetical situation in which the rUK is outside the EU, and Scotland in it, it would be hard to see either Brussels or London having much interest in such a strange situation in which Scotland is in a currency union with a third party. Furthermore, while Scotland could keep using the Pound unilaterally, doing so would require buying Pounds on the open market to meet governmental expenses, which in turn would mean that Scotland could not run much of any deficit, especially if its debt burden is already high due to taking over a share of the UK's national debt.

The second option, for Scotland to create its own currency, brings problems of its own. Currencies have to be backed by assets, or the promise that debt will be paid back, and as such, while Scotland could in theory print enough money to cover its deficit, the result would be inflation which would render its currency worthless, and in effect be a backdoor to reducing pensions, salaries and benefits across the board. In practice, Scotland would also have to be incredibly stingy with this option, running only a small deficit, and ideally a surplus.

The final option would be to join the Euro. This would likely be Scotland's best longterm option if it wanted to join the EU, but in the short-run it would have the highest transition costs. Not only would Scotland have to maintain fiscal discipline, but it would also have to manage the transition between two currencies without control of the exchange rate of either. Success would place it in the same position as Italy or Spain, with a currency overvalued for the nature of their economies.

Any of the three options, would, however, make a mockery of the argument that Scotland needs to be independent as its welfare state and left-wing culture is under threat from the Conservative government in London. They would require cuts in discretionary spending in the range of 18-20%, tax increases, or a raid on pensions. Almost certainly a Scottish government will try and insist London cover pension liabilities incurred under the Union, both because that would be vital to Scottish stability, and it would allow the SNP to blame the problems that followed independence on the refusal of London to do so. But ultimately it is hard to see how Scotland maintains its current welfare state model during the transition.

Ironically, if Scotland can get through the transition and into the EU, it would potentially be set for great success. English speaking, Edinburgh would be the obvious place for much of London's final sector to relocate after Brexit. It is easy to see that eventually becoming a cash cow for an independent Scotland. But to reach that point, a Scottish government would need to be willing to do what Thatcher is only alleged to have aimed at; dissassemble the Scottish welfare state. And given that Scottish independence is being sold as a way of saving that welfare state, it is hard to see the SNP being able to pull it off.