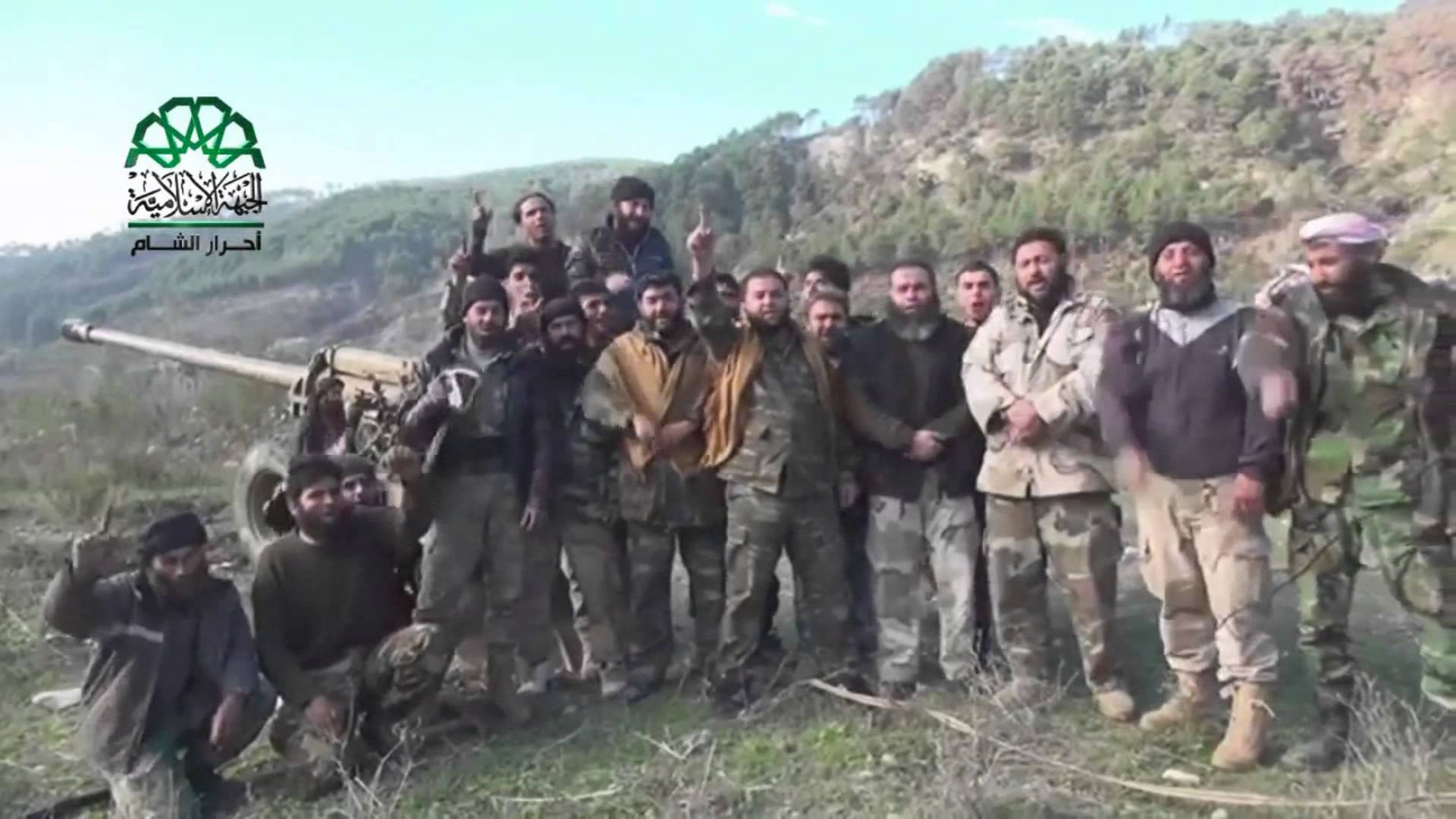 The death of a major Syrian rebel leader today illustrates in a single story many of the problems that any effort to create a coherent Syria policy faces. For one thing, we do not even know whose airstrike killed Zahran Alloush. Secondly, it is unclear exactly why it matters. Jaysh Al-Islam is described as “one of the most effective rebel forces battling Syria's government,” but as far evidence, the group's actions include a 2012 bombing in Damascus and a Youtube video which supposedly portrays the group executing ISIS prisoners. The group claims to “have thousands of fighters,” which appears implausible, and “Alloush has long been accused of receiving Saudi funding from Salafi fundamentalists,” which should raise serious questions as to whether or not this is a good thing for the West.

That is a question that could be asked to Western policy-makers, or for that matter, the Republican candidates who have embraced the idea of escalating the confrontation with Russia and Iran at the same time they want to fight ISIS. Such efforts are invariably paired with exportation to back “moderate” rebels, but that definition seems to have been degraded to the point whereby “moderate” describes anyone who is fighting Assad who are not ISIS. This includes groups such as Al-Nusra with links to Al-Quada to more “moderate” groups like Jaysh Al-Islam which favors the imposition of Sharia law, whose late leader Mr. Alloush remarked in 2013 that he saw Osama Bin Ladin as “his brother.” Jaysh has also functioned as an Anti-Alawite and Shia death squad. Alloush remarked that they “more infidel than Jews and Christians."

All in all, clearly an upstanding guy presiding over an inclusive organization. But in the topsy turvy world of American Syrian policy, Alloush's death is a tragedy. In the desperate effort to pretend that a viable third force exists in Syria, groups like Alloush's which are sponsored by Saudi Arabia are vital to that effort. Hence the fact that Alloush had received an all expenses paid trip to Saudi Arabia for a conference of Syrian opposition leaders, and why the Western media is spinning his death as a setback for Western efforts to achieve a compromise agreement with the Assad regime on a “transitional” government.

“Transitional” is the new code-word for effectively throwing in the towel on the US policy of having its cake and eating it to, of the need of Barack Obama, who called for Assad's overthrow years ago, to avoid a public surrender, while at the same time bowing the strategic reality that the situation on the ground in the region has developed in such a way that Iran/Russia and the United States have a convergence of interests.

That may seem radical, and it is definitely something that the Republican candidates, taught the danger of appearing “moderate” themselves, are determined to avoid. But as with most alliances throughout history, it is the product of organic forces rather than affection, and hence can't be wished away. The Shia of Iran may dislike the United States, and Hezbollah most certainly hates Israel, but the fact is that at least in Syria, it is the Shia, as a minority, who are facing total extermination. And that prospect comes well above ideological struggle on their priority list. Hezbollah understands quite clearly, much more clearly than US officials, that Lebanon cannot survive the fall of the Assad government in Syria. At the very least, a rebel victory would set off a nation-wide pogrom against Alawis triggering a massive refugee flow. This would occur even if a majority of rebels did not seek such an outcome, because none have any incentive to stop their “partners” from carrying out such a purge. The natural result would be a refugee flow into Lebanon worsening the existing crisis situation there.

That would be the least of Lebanon's problems. With even the non-ISIS rebels adopting the line of Sunni orthodoxy against a Baathist regime of Shia and Christians, it is hard to believe they would stop at the Syrian border. In Lebanon, the Sunni community is in effect kept down by a Shia-Christian partnership upheld by the Syrian army, and it would only be logical for a victorious opposition to continue its campaign of liberation into Lebanon.

It is hard to imagine the scale of the catastrophe this would trigger. With the Syrian border unattractive for obvious reasons, Turkey tacitly backing the Sunni extremists, and the Mediterranean ocean on one side, the only minimally plausible exit would be the Israeli border. Which in effect means that the Shia of Lebanon, and consequently their defenders in Hezbollah comprehend that there is no retreat. This is also why for all of their past conflicts and future plans, Hezbollah and Israel have enjoyed an uneasy but effective peace on their border, very different from the ineffective and haphazard cease-fires Israel has intermittently signed with Hamas.

The result is an alignment based upon a natural convergence, the basis of the most effective alliances. Republican France and anti-semitic, Czarist Russia shared few values in common, but they both feared Germany, and hence their alliance proved lasting. By contrast, Italy had little to gain from a conflict with France whereas it desired territory in the hands of Germany's ally Austria-Hungary. Hence when war broke out in 1914, France followed Russia into war, while Italy delayed then joined the allies.

American may not like Iran, and Iran may not like America, and without a doubt, Hezbollah, Iran, and Israel hate each other, but the most relevant fact about the Shia's is that there are less of them and hence they are the weaker party. As a consequence they can less afford conflicts with the United States or Israel, and have a greater need to bid for support. By contrast, America's traditional allies and Barack Obama's preferred partners in Turkey and Saudi Arabia are hedging their bets. Ankara has already mentally checked out of the West, happy to call on NATO when their policies provoke clashes with Russia, but ultimately set on leading a coalition of Sunni Islamic states in the region against an isolated Iran. America figures as a patsy, not a partner in that narrative. Saudi Arabia is worried about its own Shia population, the Shia in neighboring states, and fighting a bidding war for influence with Ankara.

Ted Cruz, and to a lesser extent Donald Trump have begun hinting at this line, though how far one can trust the latter's pronouncement is an open question. What is clear however that the demands for a neoconservative intervention from other candidates fell apart on the rock of not having any long-term strategy or even an end game in mind for Syria.