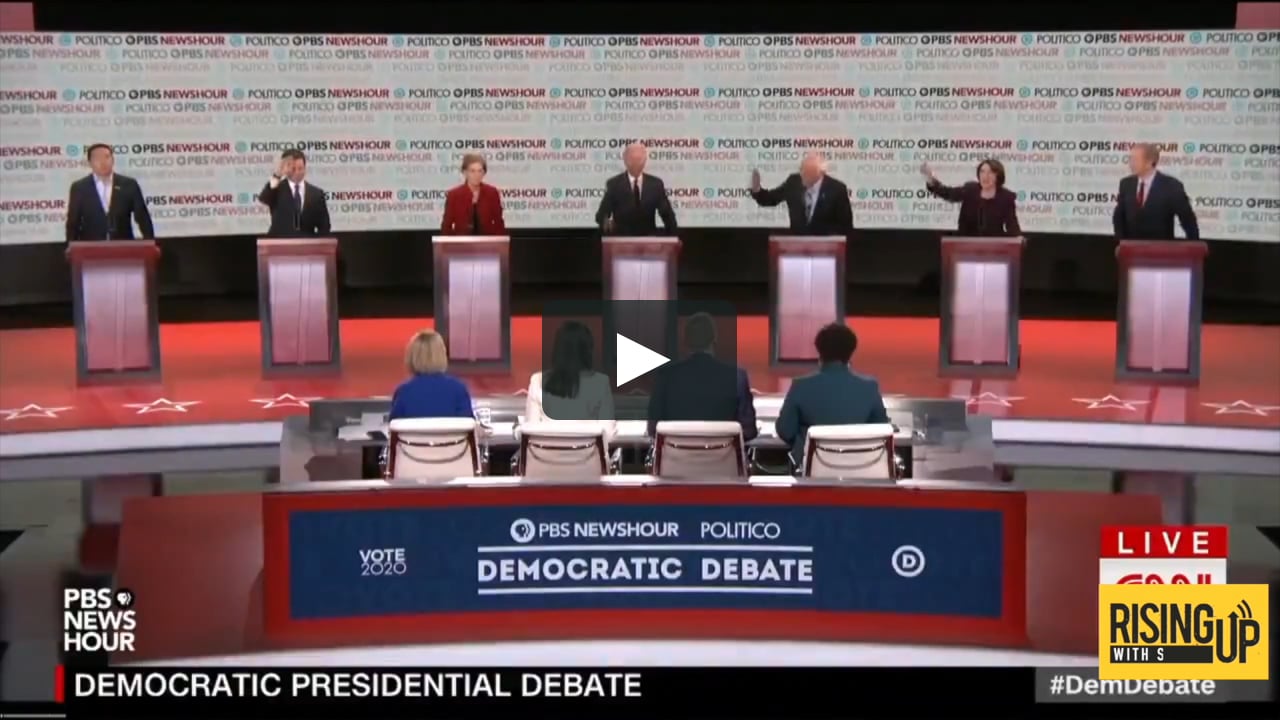 At the moment as I gaze through my news-feeds on Facebook, Twitter, and Instagram, my politically-inclined friends, at least on the center and left, are waiting with baited breadth for the final results from a few satellite sites in Iowa to be released. With 97% reporting, South Bend Mayor Peter Buttigieg leads Vermont Senator Bernie Sanders by a narrow margin of 26.2% to 26.1% among state delegate equivalents. While the final margin will have zero impact in how many delegates either candidates receives at the Democratic National Convention from Iowa and Sanders narrowly defeated Buttigieg in the popular vote, the suspense seems to be all many Democratic political nerds can talk about. Buttigieg's performance, win or lose, is a historic milestone for the Gay community, and it is understandable why it has elicited so much interest for that reason. Otherwise it is hard to see why anyone hugely cares. Voters didn't. Turnout, which looks to be around 180,000 when all is said and done, is down about 10% on 2016 and 30% on 2008. While the number of registered Democrats in Iowa has fallen, 2008 and 2016 also had to compete with highly contested caucuses on the Republican side. By themselves, and spending nearly five times as much, these candidates were able to inspire only 90% of those who chose to caucus for Hillary or Bernie in 2016 to repeat the exercise. There is a connection between the tone of the campaign and the disinterest. For all Democrats claim to be obsessed with defeating President Trump they run a race where he is almost entirely absent. It has been all about them all the time.

The Democratic race is one of personalities, with ideological clashes acting as proxies for clashes of personality. Who beyond a few dozen academics was ever invested in the distinction between Medicare for All, a government option, and single-payer until it became a dividing line between Elizabeth Warren and Bernie Sanders, with the two in turn acting as a proxy for the demographic division of their supporters into the managerial and activist left. Buttigieg's sexual orientation has almost been incidental. While partially a testament to social progress, it is also not coincidental. Almost everything about Buttigieg - his military service, academic achievements, term as mayor, consulting work, have arguably been incidental to a candidate who is the personification of the modern upper middle class white success story. If Warren is the candidate of mostly successful professional white boomers, and Sanders the candidate of millennial and generation Xers who spent heavily for liberal arts degrees and failed to land consulting, banking or legal posts at big firms, Buttigieg is the candidate of those for whom the current system works. The middle class white kid who did well in school, got into Harvard, studied abroad at Oxford, got a job at McKinsey and then began dabbling in national politics. To understand the tensions between candidates one has to grasp not that their supporters are separated by ideology but by life experience.

As for the other candidates, Biden and Klobucher are representative of those who want a traditional Democratic candidate from a traditional process of the sort which would have taken place in 1988, when coincidentally Biden was also running. In the current climate, their status as candidates of an epoch rather than a demographic make them identity-based candidates themselves. The less said about Bloomberg, a man most identified with efforts to ban guns and large sodas, as well as a New York which is seen as far less of an inspirational example than a dystopian warning by voters the better. I will have plenty to say about him elsewhere.

The debates and controversies have had an equally personal focus. The major topic of controversy at a recent one was over whether Sanders had told Warren two years earlier in a private conversation that he did not believe a woman could be elected President. It was unclear why this was important or what the context was. Maybe that would have been familiar to the journalists who had obsessed over the controversy for days, and proceeded to ask first Sanders whether he had said it, then Warren her reaction to a statement Sanders denied making, and then other candidates to chime in. It would not have been to anyone who did not follow the primary on a day to day basis, and had tuned in to try to decide whether to vote for any of these candidates. They likely would have emerged with the conviction they had better things to do the night of February 3rd.
‍

The Warren-Sanders had been preceded by a previous spat between the two on competing healthcare plans, the contours of which were indecipherable to the casual observer. Prior to the shift to a focus on two left-most candidates, Buttigieg had been forced to defend his identity as a successful millennial from criticism of his work at McKinsey and visit to a friend's wine cellar. Biden had earlier found himself in a spat with California Senator Kamala Harris over of all things, his position on school busing in the 1970s, personified by Harris' (subsequently clarified into meaninglessness) declaration "that little girl was ME." Me, Me, Me went the campaign. My plan. I will do this.

There was some acknowledgement of the existence of a general election after the primary by a few of the candidates, but it mostly worked as a segway into assertions as to why they were best placed to defeat President Trump in November. Even the discussion about whether to mobilize existing supporters or reach out to swing voters was reduced to tactical opportunism. Biden was regularly attacked for talking about the need to work with Republicans, yet when Sanders brandished the endorsement of successful podcast host Joe Rogan, Biden was quick to condemn Sanders for endorsing transphobia.

In a world where information moves as fast as an interested consumer wishes it to arrive, it is easy to fall into bubbles. But the worst are not ideological but temporal. A moderate Biden supporter who watches hours of MSNBC's 24/7 live coverage of Russiagate is just as convinced as a Sanders supporter who wars with Warren fans on Twitter and debates the canceling of social media figures that important issues are happening and that everyone is aware of them. The idea that 80% of the public may have no clue about either of these issues, and to the extent they do may engage for a few minutes a week is at best an intellectual abstraction. This is not unusual for political hacks, but they were traditionally balanced by an old guard media team which kept them in touch with the real world. For the first time, the insiders and nerds seem to be running the media operation. This is a campaign by and for Democratic Nerds.

Ask yourself, how easily could a voter find out information about the Democratic candidates. What sort of questions would they have suddenly tuning into a Democratic debate or event?

What is Single Payer? What is Medicare for All? How do they differ?
What is Latinx and why do these white people keep using it?
Why do they keep talking about "undocumented" and seem to have inserted the term into a checklist that grew out of LGBT and then added various racial categories like some sort of corporate HR PowerPoint from hell?
Does anyone have a simple list of everything candidates are promising and what it would cost?
Has anyone said anything about the Virus in China dominating the news? The economy? Iran? Any of the issues in the top 10 list of news stories that aren't internal Democratic party machinations?
‍
The entire thing has taken on the atmosphere of an academic conference in the humanities. And that is a really bad way to try to win an election. The greatest advantage an incumbent President has is the ability to drive the agenda and dominate media attention. Rather than challenging it, the Democrats are not even trying. They have managed to produce a campaign in which virtually all their candidates are less interesting and inspiring than Hillary Clinton. That, as much as any ideology, is why they are in real trouble for November.