The European Election Campaign Highlights the Political Failure of Remain 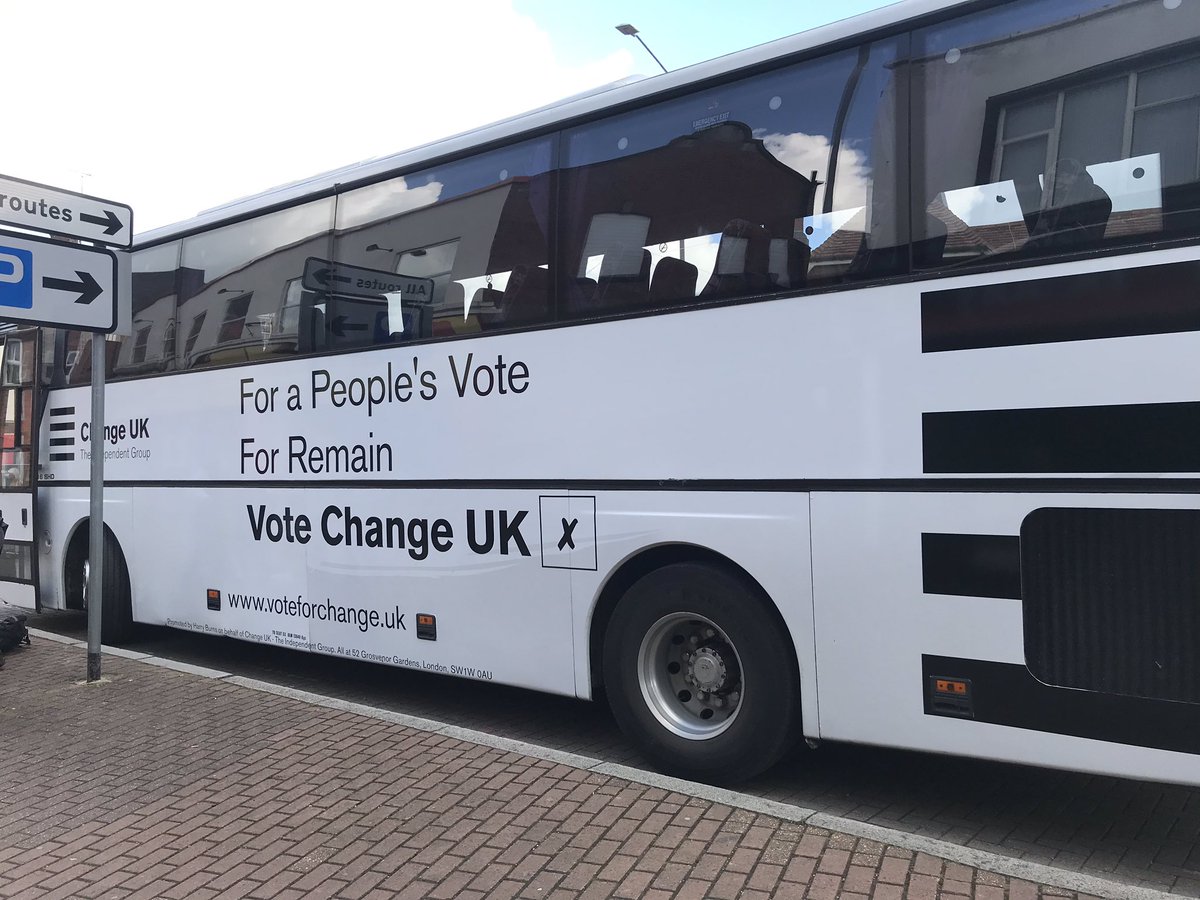 Over a month ago, amidst the indicative vote process by which Parliament was to triumphantly seize control of the Brexit process from the government only to prove that it was not just the Conservative party but the whole British political establishment that had no idea what to do about Brexit, I posted another article. It posited that contrary to the narrative that had developed after the passage of the Cooper Amendment, namely that the House of Commons had "ruled out" a "No Deal" Brexit, that nothing of the sort had occurred. The Brexit crisis was the symptom of a political problem, not the cause, and without solving the underlying political problem, namely that voters wanted Brexit, procedural victories would be short-term and Pyrrhic.

The response from the Remain camp, both at the time and until very recently, has been to deny any such problem exists. The People's Vote campaign, in particular, has seemed to take their victory in any second referendum for granted, as have advocates of a confirmatory referendum on any deal, making both movements in effect proxies for Remain. They have based this belief not on successful political campaigns of persuasion or even compelling polling evidence, polls have shown a marginal lead at best for Remain in any rerun, albeit with No Deal steadily gaining support, but rather based on procedural self-justifications. First, that the first referendum campaign was an aberration due to "lies, Russian interference, Cambridge analytica, etc" and secondly, a firm conviction that if none of the previous factors will remain stable over time, everything else will. Hence the age split in the vote will, simply through the deaths of the elderly and the entry of younger voters into the electorate, ensure a triumph. This is not a message, or even a strategy. It is self-rationalization for the lack of one.

Ironically, opponents had a real opportunity to win over public opinion, where the overwhelming sentiment does not appear to be for or against Brexit, but a frustration with the issue as a whole and a desire to get on with it. In theory, one would think it would be easy to tag those who introduced the issue into the political process with the blame for that frustration. Instead, however, it is the Remain/People's Vote supporters who, through a focus solely on procedural obstruction, have allowed themselves to be framed as the ones "dragging on the process" and the "No Deal" option as the one which allows the country to move on. This is nonsense. No Deal would only be the start of a complex phase of further negotiations likely ending in something resembling Theresa May's deal. But it has not been framed that way.

The Labour party in particular must share a large degree of the blame. Not because of its position or non-position on Brexit itself. Rather, because Labour has done enough in terms of obstruction to allow for complicity in Brexit dragging on, while at the same time doing nothing to resolve it. All of Labour's positions involve extending the Brexit debate for months or years.

It is not a surprise then that Nigel Farage's Brexit party is taking off. In a sense, he had a strong base. UKIP won almost 27% of the vote in 2014 for the European Parliament. The Tories, at 23%, had some way to fall. Farage winning 33-34% is impressive but not shocking, and hardly an earthquake. What is more significant, and is only now being grasped, is the utter ineffectiveness of everyone else. Much is made of the division of the "Remain" parties, but again, this is a symptom, not a cause. If there were in fact a strong, grassroots, Pro-Remain movement in existence, it would drag political elites along. It is the very absence of such a movement outside of Westminster which has created a situation in which Westminster figures dominate, with Change UK in particular a creature of 11 assorted individual MPs. Only the Liberal Democrats, with a tradition of local activism and government, and the Greens, with a non-Brexit message on the environment, have any real on the ground support, and both are correspondingly seeing increases in support. But they are doing the best of the "Remain" parties precisely because they are not, purely, or primarily "Remain" parties. And this undermines calculations of the popular vote of Leave(UKIP+BXP) v. Remain(Greens+LDs+CHuk).

To the extent there is a grassroots Brexit movement, it is in favor of getting the issue over and done with. This, ironically is not new, nor is it unique to Remain, insofar as I would argue there has never really been a broad grassroots movement to leave the EU either. Rather in the 2016 campaign, the Leave Campaign was much better able to capture frustration at the failures of the political elite, failures which the travails of Change UK remind us are not in the past. It is just that the same thing is happening now, with the advocates of "Hard Brexit" managing to present themselves as the representatives "movement" and "action" in the face of the "inaction" of Westminster. In an environment where millions were motivated to vote Leave through the belief that Westminster was doing nothing to help them, basing an entire political strategy around ensuring that nothing happens in Westminster has proven counterproductive for Remain.

Yes it is arguable that Remain itself is not responsible for the tactics of the Labour party and that the hardcore Remain parties, the Liberal Democrats for instance, have always had a policy. But first of all do they? A second referendum increasingly is either a process oriented road to reversing the results of the referendum(an implicit assumption made explicit by Change UK's slogan "For a People's Vote. For Remain"), or something that lands everyone back in the same position. In effect, by refusing to be brave enough to openly advocate for outcomes, opponents of a Hard Brexit, both Soft Brexit "dealers" and advocates of a "People's Vote", have become bogged down in procedural arguments and fights while their opponents have had the field to themselves.

As for the Labour party, its problems are not per se, that it has failed to back a second referendum, but rather that its Brexit position appears to have solely been determined by tactical considerations. Even the current debate within the party over whether to explicitly call for a second referendum following the collapse of talks with the government is framed in terms of what will secure the most votes for the Labour party, not what the United Kingdom should do. The result has been to undermine the party's credibility with everyone.

Maybe the current strategy will result in a second referendum or revocation of Article 50, but the need for the latter comes from a realization that the outcome of the former is no longer such a sure thing. By not winning the public relations battle, or the political one, the supporters of Remain have left themselves with a limited number of options, all of which likely end in rich political rewards for their opponents.

All of this matters because the major actors continue to behave as if they have infinite time, and that the current extension through October 31st can be extended indefinitely. Only Theresa May and a few loyalists seem willing to observe that as time goes on the costs to the EU of keeping the UK within the Union increase while those of forcing it out without a deal diminish. If the European elections send a group of obnoxious Farage followers to Brussels, while the British government still shows no signs of using the process as anything other than a forum for domestic grandstanding, then denying a further extension will be quite attractive. In which case, as May warns, the UK Parliament may face a choice between revoking Article 50 and leaving with no deal.

There is a remarkable degree of complacency that this Parliament, having ruled out No Deal through votes, will end up going for revoking Article 50 in that case. But Parliament cannot force revocation. Only the government can, and if the government refuses, as a Tory leader elected on a Hard Brexit platform might well have a reason to do, then the only option would be a general election. But that would take time, and again, ignores the risk of the UK being forced out.