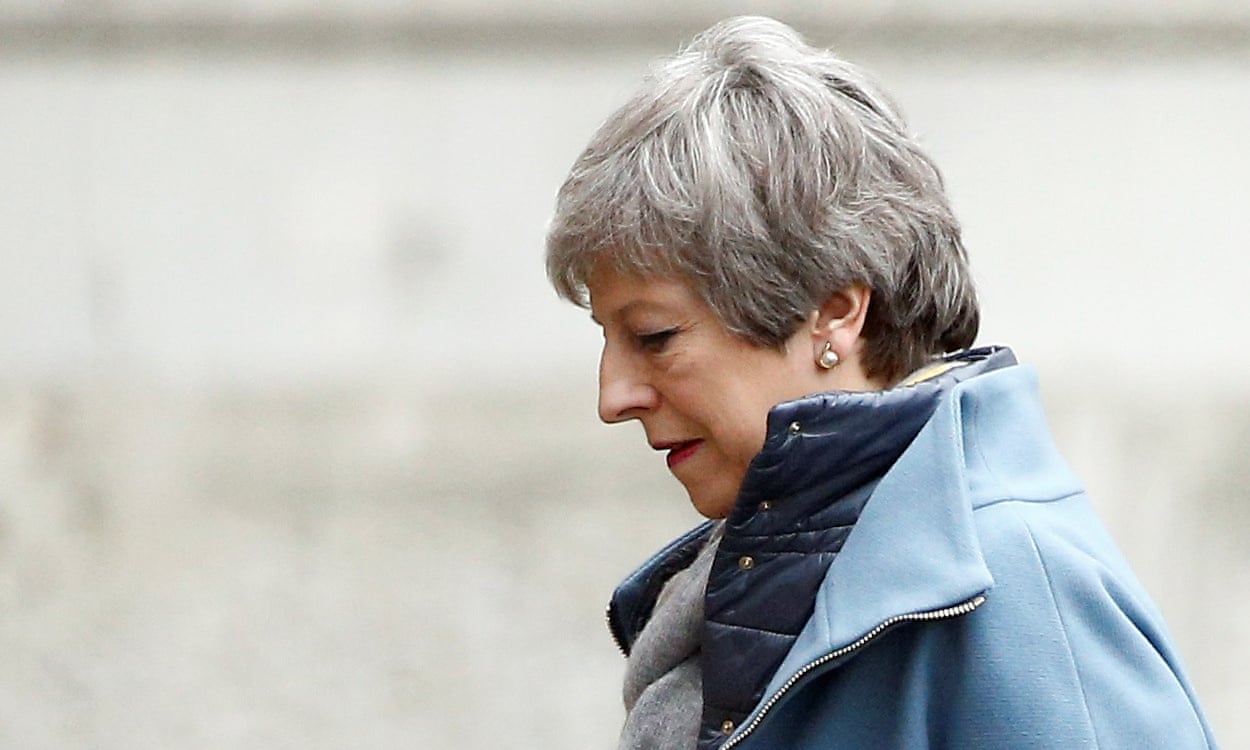 The conclusions of the EU summit on March 21st are a repudiation, both of Theresa May’s policy, as adopted the day before, and of her personally. As such, it is a victory for those within the UK who favor either Remaining within the EU or a softer form of Brexit, if, and this is key,they are able to take advantage of it.

Having promised after the defeat of her proposed withdrawal agreement for the second time the preceding week to seek a long-term extension to Article 50, with the implication of holding elections for the European Parliament,Theresa May had suddenly, on the morning of March 20th, changed course and requested an extension to June 30th. By implication this extension would be terminal, and as such its acceptance by the EU would have eliminated all options except for either the acceptance of the withdrawal agreement by the UK or a No Deal, Hard Brexit. The UK could not remain in the EU after the convocation of the EU parliament on July 2nd, and by June 30th it would be far too late to schedule them, with the electoral commission estimating that April 12th is the last possible date at which they can be organized.

Such a proposal held risks for the EU. While Britain could not legally remain in the EU without holding EU elections, the UK retains the right to withdraw Article 50 notification at any moment in the process. This created the nightmare scenario in the mind of Martin Selemyr, the secretary general of the Commission, of the UK declining to hold EU elections and then withdrawing A50 on June 29th, potentially causing a constitutional crisis for the entire EU. While these concerns were initially dismissed by EU leaders, May’s plan also appeared an effort to shift the blamefor any No Deal outcome away from herself and her government and towards MPs,for refusing to ratify her deal, and the EU, for alternatively rejecting her extension, accepting it as requested, or not offering a better deal to gain the support of MPs Especially after her widely panned address to the nation on Wednesday night when she seemed determined to foist the blame onto MPs, there appears to have been little appetite for being accessories in her blame game.

This was evident in the glee with which Juncker and Tusk announced their counteroffer, including jokes about how much space in hell there was for those who failed to take up this final opportunity. Rather than her terminal June 30th extension, the EU leaders offered May an extension until May 22nd, the day before European elections if her deal passed. As none of them expected this to occur, Emmanuel Macron reportedly put the odds at less than 5% after May’s presentation, the real meat of the proposal was the alternative. If the Prime Minister’s deal did not pass, the EU would extend the Brexit date until April 12th, with the possibility of a longer extension if the UK scheduled EU elections by that date. How long would that longer extension be? “To the very end” explained Tusk.

This was an offer to MPs and a rebuke to May. In her March 20th address, May berated MPs for rejecting her deal without embracing any alternative, while herself ruling out the holding of EU elections as “divisive”, a second referendum as redundant, and suggesting there was no consensus on an alternative model. This was a defense she had hidden behind to justify whipping against any and all alternatives. The EU offer meant she no longer could, as the Commons have a clear alternative to vote for. Yes, they can vote for her deal and leave the EU on May 22nd, or they can merely vote to hold EU elections by April 11th, and gain as much time as they want to come up with, or not come up with an alternative model.

With the strongest remaining argument for her deal, that it was the only alternative to a Hard Brexit, removed by the EU, May now faces the prospect that the holding of EU elections and a long-term extension is highly likely to be voted through parliament. This places her in a very difficult position.While she seemed open to the prospect a week ago, on Wednesday she implied that she would not serve as Prime Minister if the UK remained in the EU after June 30th,implying a longer extension and/or EU elections would be a resigning issue.While her departure is unlikely to act as a deterrent for MPs, there is a chance May might refuse to implement any vote to hold EU elections and/or a longer extension. Given her U-turn was determined by the opposition of many Conservative MPs and Ministers to any longer extension, and the overwhelming opposition of Conservative members and voters to any extension whatsoever, May might be unable to survive accepting such a directive. She would also likely be supported by her party in defying it. But in such a case, May and the Conservative party alone, not the UK, not the opposition, not the Parliament,and most importantly not the EU would take the blame.

But they are losing politically….

Yet before Remainers celebrate, they should consider why May U-turned, why she made the speech that she did on March 20th, and what their long-term plan is. It is an article of faith among Remainers that time is their friend, that support for Leaving the EU, always based upon lies,illegal overspending, and Russian manipulation, has fallen steadily since 2016,and that any re-vote would go their way. As such, their strategy has been based on fighting a guerrilla battle in parliament to force either a new general election, or their holy grail, a second referendum, their “Peoples’ Vote”.

Actual evidence for this belief is thin on the ground. Yes,Remain has led most polls since the referendum, but it also led most polls before it as well including the Exit Poll which it won 52-48. And those polls are almost invariably in abstract – do you think it was the correct choice –which is not really asking whether they want to leave the EU, much less would vote that way in a new referendum, merely whether they regret the whole Brexit issue arising in the first place. By contrast, polls have never shown support for a second referendum, and if anything opposition has grown. Furthermore, polls show a hardening of Leave sentiment. Support for No Deal, previously stuck in the mid to low 30s, has edged as high as 46% in a recent Ipsos Mori poll.Another recent one, showed voters opposing an extension of Article 50 beyond June 30th by a 48-38 margin. Given such an extension is much less of a request than a second referendum, it is almost impossible to argue there is a popular up swell.

The same is true of a general election. The assumption seems to be that such would strengthen Remainers. But how? Usually it is assumed that Labour would win, but Labour has fallen further behind the Conservatives, and even the recent drop in that lead is mostly driven by a shift to UKIP which might be reversed with a Hard Brexit supporting Tory leader and a Conservative party which delivered it. Furthermore, even within the existing parties, the next parliament is likely to be more, not less Leave. Within the Conservative party, sentiment at the grassroots level is overwhelmingly Hard Brexit, and many Remain Mps are planning to either retire, or likely to be deselected. The TIG will likely lose most if not all of their seats, with the Tories replaced with Leavers, and the Labour ones replaced by Corbyn loyalists if not soft Brexiteers.

This is not to say either a new general election or referendum wouldn’t go for Remain. The Tories might have enormous issues with a manifesto. Turnout and exhaustion might shift. But the point I am making is the preponderance of evidence is in the other direction, that the Remain case has become more of a fringe, dead-ender approach, and that Corbyn, not his foes,better represents national sentiment of swing voters.

This is important because the Remain victories in Parliament and Brussels bring them closer not to Remain but to a new general election or referendum. Absent the total and absurd fantasy of revoking Article 50 without a new vote, they will need to win one or the other to avoid Brexit, and they increasingly have no plan other than wishful thinking to do either. Rather, it is such an article of faith that natural deaths of older voters, the aging of young into the electorate, and years of conflict will make their victory inevitable.In the process, they have given up any efforts at persuasion.

That, more than anything else, likely explains why the European Union, while providing them with a chance, probably the best chance they have had or are likely to have, to avoid Brexit, place little faith in Britain's pro-Europeans. While the offer was designed to give them a chance to evade Brexit, that was more a byproduct of the more important objective of avoiding blame. The EU wanted to provide the chance so that when British Remainers do fail, no one will be able to say the EU had no done everything it could, nor could the Irish claim Brussels hadn't worked to the end to avoid no deal.