The education of Ali Khamenei: a political biography of Iran’s Supreme Leader 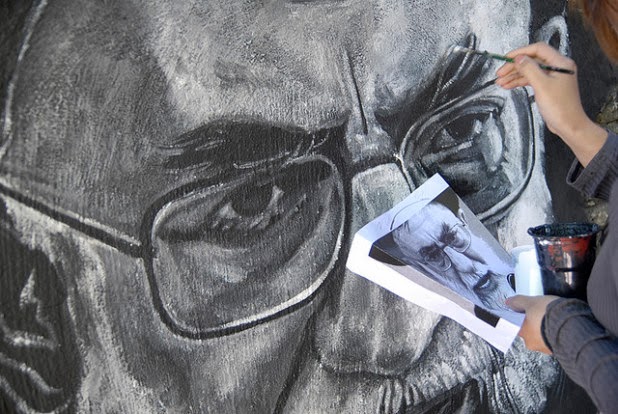 While he may remain ostensibly neutral between political currents, he has distinct personal preferences regarding individuals developed over his years in politics. Khamenei’s tenure has been dominated by two competing impulses; his duty to maintain a balance between factions in order to ensure his own power, and his personal antipathy towards old political foes, the most prominent of whom are Mir Hossein Mousavi and Ali Akar Rafsanjani.

It was when these two impulses came into conflict during the 2009 elections that Khamenei made a critical error, one that badly destabilized the system. That decision in turn, has defined the current constellation of Iranian Politics. It is for this reason that it is useful to examine the political history of Ali Khamenei in order to add some perspective both to what happened in 2009, and what it means for the future of Iranian politics this week.

The Making of an Islamic Ruler

Khamenei’s hostility to both Mousavi and Rafsanjani developed at different times,  but its cause is fundamentally the same. Both men at one time or another overshadowed him, and both men had the nerve to not only clash with him politically but to win those clashes. Khamenei’s clash with Mousavi came early in the Revolution,  when a bomb planted by the leftist group, Mujahedeen e-Khalq, exploded on the 30th of August 1981, killing both the President, Mohammad Ali Rajai, and the Prime Minister, Mohammad Javad Bahonar.  Khamenei himself had narrowly escaped assassination at the hands of the MEK that June, losing the use of his right arm.  With a vacancy at the top of the state in the summer of 1981, Khomeini tapped Khamenei to run for the vacant post of President.

Easily elected in 1981, and reelected in 1985, Khamenei found himself overshadowed by the Prime Minister, Mir Hossein Mousavi, who was a favorite of Khomeini.  Khamenei’s objections to Mousavi’s leftwing economic policies were overruled by Khomeini, as were his  criticisms of the decision to continue the war with Iraq after Iraqi forces had been driven from Iranian territory.  Khamenei drew close to the Speaker of the Majlis and chief rival of Mousavi,  Ali Akbar Hashami Rafsanjani.

The tide turned against Mousavi in 1989 when Khomeini quarreled with his chosen successor, Grand Ayatollah Montezerii.  After Khomeini died a mere three months later, Rafsanjani read a letter to the Assembly of Experts indicating that Khomeini wished Khamenei to succeed him despite not being an Ayatollah.  With no other obvious candidate,  the Assembly confirmed Khamenei. Later that year, the Prime Ministership was abolished, and Rafsanjani was elected President.  Three years later, Khamenei sided with the Guardian Council when it disqualified over 120 incumbent MPs from running in the 1992 Majlis elections, the first use of the power of disqualification, thereby completing the purge of Mousavi’s supporters and demonstrating a penchant for ruthlessly pursuing grudges which has typified Khamenei’s tenure.

Having pursued his grudge with Mousavi to the point of nearly destroying his faction, Khamenei subsequently found himself facing the overbearing power of his erstwhile benefactor, Rafsanjani, who dominated the political scene during the 1990s. Khamenei was considered largely a cipher during the decade, and the Reformist victory in 1997 was likely as welcome to the Surpeme Leader as it was to many voters. Former President Khatami, a Reformist who served from 1997 at least has claimed Khamenei asked him to run in 1997. Whatever the Leader’s intentions however, he could not allow the Reformists to dominate the entire state, much less change the constitution to undermine his power, and he turned against them in 2004-2005 much as he had turned against Khamenei, leading to the election of a Conservative-dominated Majlis along with Mahmoud Ahmadinejad.

Faced with a Conservative Majlis and President, the Presidential elections in 2009 should have called for another turn towards the Reformists, but the candidate Reformists chose was one that Khamenei could never countenance - Mir Hossein Mousavi.  Even had Khamenei been prepared to tolerate the resurrection of Mousavi, the presence of Rafsanjani as the hand behind his campaign made his election intolerable. While it is hard to know if Ahmadinejad would have won fully free elections, it seems likely Khamenei decided not to risk it, taking action to ensure the defeat of Mousavi, possibly without the knowledge of Ahmadinejad. The 2009 elections were sloppy and ill-handled, with the very blatant manner in which the results were presented likely calculated to damage the prestige of the victorious Ahmadinejad as much as to keep out the hated Mousavi.

The tactic backfired.  The election and the crackdown which followed burned Khamenei’s bridges to the Reformists.  No longer able to balance them against the Conservatives, Khamenei found that they had far less use for him.  Ahmadinejad himself tried to break free of Khamenei’s control, disassociating himself publicly from the conduct of the elections and calling for an investigation into the crackdown.

Within less than three months, Ahmadinejad made a direct play for independence, appointing his close Esfandiar Mashaei to the Vice Presidency. Mashaei had made himself an outspoken critic of clerical power, sponsoring an exhibition on Cyrus the Great, and suggesting that the conversion of Iran to Islam saved that faith from Arab barbarism, implying criticism of Prophet’s family. Khamenei publicly disapproved of  Mashaei’s appointment, and when Ahmadinejad in a display of insubordination nominated him anyway, he was rejected by the Majlis. Ahmadinejad then appointed Mashaei has Chief of Staff.

Khamenei survived Ahmadinejad’s challenge over the next two years less due to his own prestige, and more because Ahmadinejad’s effort threatened the entire structure of the system, yet was waged on the basis of no principle greater than Ahmadinejad’s own ambition. Ahmadinejad failed to forge an alliance with dissident Reformists, while his aggressive efforts to take control of the oil industry and the patronage it controlled threatened entrenched interests.

Yet in surviving Khamenei found himself increasingly isolated. His power had always depended on playing one faction against another; June 2009 and the suppression of the Green Movement had denied him the use of the Reformists, and Ahmadinejad in opposition. Khamenei found himself relient therefore on an ever smaller circle. While he eventually broke the power of Ahmadinejad,it came at the cost violating the cardinal rule of his position; Khamenei allowed a single political bloc to take control of the key institutions of the state. This bloc centered around the  Larijiani brothers, Ali who serves as Speaker of the Majlis, and Sadeigh, who was became head of the Judiciary in 2009.

Despite running for President in 2005, Ali Larijaini chose to forgo a campaign this year, in favor of supporting his protégé, Saaed Jalili. There may be more calculation in this decision than humility. Every President since 1989 has found himself in conflict with the Supreme Leader, a conflict that cannot be one given ihe tendency of the Majlis and Judiciary to guard their prerogatives regarding power jealously, and to therefore side with the leader. By backing Jalili, the Larijanis can maintain control of the Majlis and the Judiciary while at least neutralizing if not outright controlling the Presidency.

It’s precisely because of this association that Khamenei is likely to find a victory for Jalili unappealing.  Already in control of the Judiciary and the Parliament, allowing the Larijiani brothers to gain control of the Presidency would place them in a position from which they could increasingly bypass Khamenei by ensuring that there were no disputes to mediate. With a consistent policy between governmental branches, Khamenei would find it hard to make his influence felt.

It is for this reason, rather than any sort of concern about sanctions, the nuclear program, the economy, or relations with the West in general, that Khamenei seems open to the idea of a Reformist such as Rowhani or an anti-Larijiani conservative like Qalibaf winning the Presidency. Such a President would be sure to clash with a hostile Larijiani-controlled Majlis and Judiciary, ensuring that the Leader would be constantly called to mediate and would thereby restore both balance to the system and power to Khamenei. Rowhani in particularly is appealing in this respect - while he spent the 1990s as a protege of Hashami Rafsanjani and the early part of this decade as the nuclear negotiator for Reformist President Mohamad Khatami, since 2005 he has served on Khamenei's personal staff, a perch of refuge after Ahmadinejad's victory rendered his services redundant. Khamenei could do far worse than to have someone with so indebted to him, yet with strong Reformists credentials, occupying the Presidency

Whether he will get his wish is another matter. Iran’s unreliable polling has tended to show Tehran Mayor Mohammad Qalibaf as the frontrunner, albeit sitting between 20-30% and therefore far short of the majority needed to avoid a runoff. The Reformist Mohamad Aref, Centrist Hassan Rowhani, and Jalili all remain in striking distance of the runoff, polling between 12-18%. The withdrawal of former Speaker of Parliament Glolam Haddad-Alel likely had more to do with his failure to register above 2-4% in any polls, and that may prove too marginal to edge Jalili into the runoff. Yet given current polling, the motivations surrounding Ali Khamenei, such an eventuality would mainly serve to reinforce Qalibaf’s position as frontrunner. While that would bring another strong personality to the presidency, it would ensure friction with the Majlis, which would serve Khamenei just fine. After all, his entire political education has been one of living on the edge while clipping the influence of more powerful men.