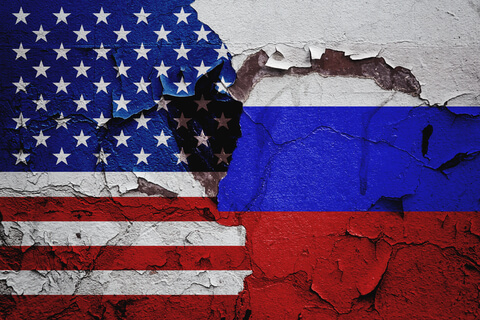 Under the shadow of the collapse of America’s 20-year nation building project in Afghanistan, and suggestions from American allies around the world that the US is no longer even a superpower, there has been extensive discussion of where American foreign policy went wrong. There have been plenty of answers too, some quite easy. The 2003 invasion of Iraq, the mishandling of the war in Afghanistan, appeasement of China on trade and IP theft, all seem in hindsight to be horrible mistakes. But perhaps it is worth going back another decade. For although all these conflicts were mismanaged, America’s position today is a consequence of a failure to consolidate its victory in the Cold War in the only way that would have been sustainable: by building a capitalist and democratic Russia. That failure, which both the George H.W. Bush and Clinton administrations contributed to, is one we are still paying for today—in the Middle East, in Europe, and in the Far East.

Just over ten years before the 9/11 attacks and 9,000 miles away, tanks suddenly appeared in another city of ten million. It was August 18th, 1991, and in Moscow troops took up positions around public buildings as a drunken gang of Soviet politicians appeared on television to declare that Mikhail Gorbachev had resigned as Soviet president due to “ill health.” Their effort to seize power was resisted by the people of Moscow, who flocked to join Russian President Boris Yeltsin at the “Russian White House,” resisting Soviet tanks until the coup collapsed several days later.

When contrasted with how brutally, not to mention easily, Vladimir Putin’s regime breaks up protests and silences dissent, it is almost shocking how bravely the Russian people acted in resisting the Coup. They were not crushed, but on the contrary crushed the plotters. Bringing about the effective end of the Soviet Union is even more incredible when it is recalled how little international support they had. Rather than rallying to the support of Yeltsin or the Soviet people, foreign leaders hesitated, showing a shocking willingness to work with the new hardline leaders. Even the United States only mustered an observation from the President that “coups can fail” — far short of doing anything to promote that outcome.

In fact, this inaction was representative of the Western attitude toward the democratic and capitalist movement within Russia throughout the 1990s. While favorable to the concept of a democratic and capitalist Russia, Western leaders were so enmeshed in a world view in which a hostile, Communist, totalitarian Russia was an inevitable fixture that they could not bring themselves to believe that those calling for a different Russia could succeed. While they paid lip service to resistance figures, there was always an element of contempt, viewing them as “flakes.” The White House, for example, blocked any official reception of Yeltsin in the United States for years, apparently believing his very liberalism made him “unserious.” His victory in August of 1991 did not change this attitude.

Throughout the 1990s, Western politicians repeatedly wrote off Russian liberals, predicting their demise repeatedly, whether in a military coup in 1993 or the 1996 Presidential election. At the same time, they constantly sought out “serious” figures from the old security forces they could deal with, in the hope the “adults” would retake power. Before Putin, that included figures such as former Soviet Foreign Minister Yevgeny Primakov. When a “strongman” rose to power in 2000 in the form of Vladimir Putin, he was only providing what Western leaders believed Russia had needed all along, and it was only then that investors began taking renewed interest in Russia. Tragically, they were to be proven far too late.

The investment which poured into Putin’s Russia in the early 2000s could have been of invaluable assistance in 1992. Unlike in 2000, Russia was then for a brief period ruled by committed capitalists who wished to bury Communism more than many American politicians. In the wake of the August Coup, Russia had banned the Communist Party outright, and there was a desire to become like the West as quickly as possible.

We know now that this failed amidst corruption, but just because something failed did not mean that it had to. Many of the problems with privatization were related to the effective bankruptcy of the Russian state, which needed money quick, and was unable to sell investments at their real value, or afford to modernize them before selling. This was not a uniquely Russian problem. Similar issues bedeviled Germany’s recovery from the First World War and contributed to the rise of the Nazis.

Learning from that lesson, American policymakers realized after the Second World War that the best way of safeguarding democracy and American alliances in Europe was to help those countries rebuild quickly. The result was the Marshall Plan, which pumped billions of American dollars into Europe. While it could have been portrayed as welfare, American farmers and manufacturers needed customers, and European states needed to be able to defend themselves. In the end, the U.S. economy made a substantial profit. The total cost of the plan, in 2021 dollars, was $140 billion, one fifteenth that of the Afghan war.

There were those, such as Secretary of State James Baker, who saw a similar opportunity in Russia. There were tens of thousands of factories and oil refineries which were effectively worthless because there was no money to purchase spare parts to operate them. They could neither generate revenue directly, nor be sold for much. But with an influx of dollars, Russia’s energy sector could have been turned into a profitable powerhouse, reducing American dependence on Middle Eastern oil and making Russia’s recovery self-funding. Baker argued that not only would providing funds for such a project on a loan likely pay for itself, with American taxpayers earning a profit, but it would serve a wider geopolitical end.

For Baker, there was no more vital U.S. foreign policy objective than making the Russian transition to capitalism and democracy a success. A democratic Russia would be key to solving domestic disputes in the Ukraine, the Caucuses, and Central Asia, where linguistic and ethnic conflicts could be contained if they did not become proxies for ideological competition. A democratic Russia would be a key ally within international bodies, able to pressure Iran, Syria, and Iraq. By contrast, other U.S. interests, such as the effort to expand the EU and NATO into the former Soviet bloc, isolate or overthrow the Iranian regime, and press for peace in the Middle East, would be under constant threat if there was a resentful, authoritarian Russia out for revenge.

With China rising as a potential American rival, a successful transition in Russia would have vindicated those who called for democracy in Tiananmen Square in 1989 by fulfilling the dream of those who took to the streets of Moscow in August 1991. By contrast, the disastrous failure of the Russian transition would, as it has, serve to vindicate Deng Xiaoping and those who acted to crush the nascent democracy movement in China.

Baker asked for at most $100 billion in the form of loans. With hindsight and knowledge of the trillions of dollars that would be spent in the Balkans, Iraq, Afghanistan and Eastern Europe, $100 billion now appears to have been a shockingly cheap bargain.

Unfortunately, at the time, American politicians were in no mood to build, or more accurately to help others build. They wanted a peace dividend, and if there would be money spent abroad, it would be on wars. If there was to be construction, it would be reconstruction in nations the U.S. was seeking to build, not helping people who wanted to build their own nations.

Russia, in the end, received no money. At most it received assistance in taking out more IMF loans at ruinous interest rates, not any actual investment. The U.S. would spend trillions in Iraq, Syria, and Afghanistan, only to have the Taliban ultimately regain power and a hostile Russia wielding as much influence in those places as the United States.

Would engagement and funding have produced a democratic Russia? Maybe. Maybe not. But the tragedy is that the United States did not try. The Afghanistan debacle was a catastrophe, and an embarrassment of historic proportions. But the failed nation building mission was not America’s worst blunder since the end of the Cold War. It was only a very expensive runner up.