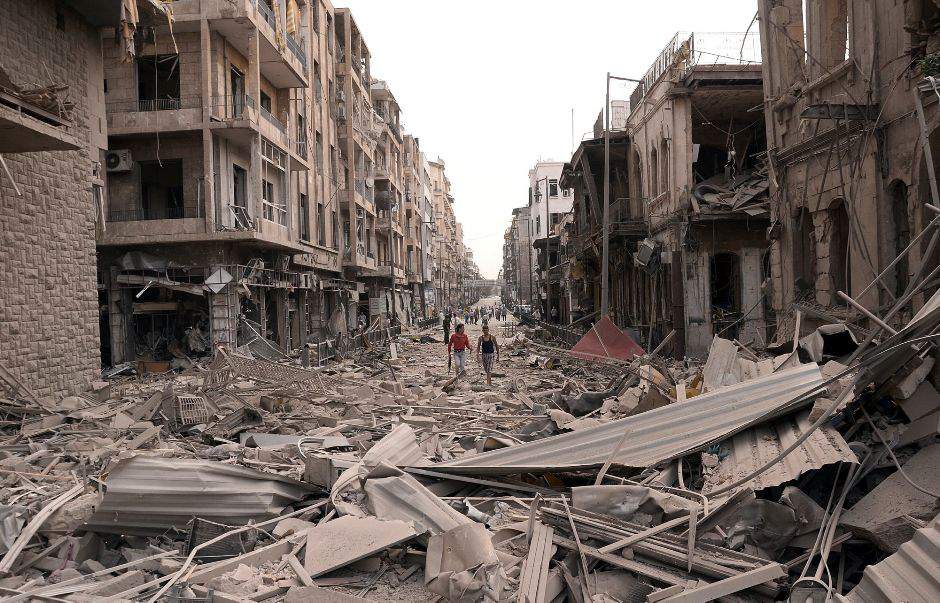 I have long been a critic of America's Syria policy. Faced with what was one of those situations where any decision was better than no decision, the Obama Administration and its European allies chose the latter and then compounded the error by digging in. Convinced that despots were a relic of the past after the revolutions in Egypt, Libya, and Tunisia, the Obama Administration was quick to embrace the uprising in Syria, calling on Bashir Al Assad to leave the country, and withdrawing diplomatic recognition from his government in favor of a rotating collection of  militias. Stung, however, by the unpopularity of the Iraq war, the Administration was unwilling to use force to accomplish this end. In effect, they hoped for an Egyptian or Libyan outcome, forgetting that the US has possessed far greater resources to influence the outcome in Egypt, where the military was dependent on the second highest amount of US military aid in the world after Israel, and in Libya where it took Western air support to produce a rebel victory.

More importantly, they failed to recognize the significance of the events of June 2013, when the overthrow of the Muslim Brotherhood in Egypt combined with the collapse of Libya into anarchy and the election of Hassan Rouhani in Iran made a mockery of the strategic premises of US policy in Syria. When the revolt against Assad had broken out, it was the protege of the closely allied Islamist regimes of Erdogan in Turkey and the Muslim Brotherhood in Egypt, and the US could view it as part of a wider effort to shift to the forces of the future. The overthrow of Mohammad Morsi in Egypt reversed Cairo's policy, and henceforth the Syrian opposition, those parts of it that did not become aligned with ISIS or defect to the regime(Kurds), became perceived as nothing more than a proxy of Ankara. Even countries with long records of hostility to Damascus, such as Israel and Jordan, not to mention Egypt, had no desire to see a Turkish puppet regime, and distanced themselves from opposition to Assad. From June 2013 onward, a rebel "victory" was no longer possible. Assad might fall, but the suspicion of Turkish intentions meant that Egypt, Jordan and Israel would sponsor armed groups and a continued war against any rebel government. The war, which was causing the refugee flows would go on. Perceived US support for Turkish ambitions also led Egypt and Israel to move closer to Russia.

Rather than readjusting this policy, the Obama team doubled down. Halfhearted efforts were made to make a strategic case that the conflict in Syria was a struggle against Russian and Iranian expansionism. But this not only conflicted with the Obama Administration's advocacy for a deal with Iran, but became steadily less credible as the rise of ISIS and the implosion of Syria made a return to 2010 conditions appear the best of bad options. Shorn of any sort of strategic argument, the Obama team fell back on morality. Assad became a war criminal, the motive for intervention to stop mass killing, though the policy advocated was never intervention that would have made a difference. At most it was an argument why an Assad victory was not acceptable. This cognitive dissonance, the use of arguments for stopping killing to advocate opposition to Assad while pursuing policies which lengthened the civil war reached their peak this week. In London, the political class collapsed in recriminations over the parliamentary vote to reject air strikes in the summer of 2014. Meanwhile, in New York, UN Ambassador Samantha Power, who cut her teeth as a journalist in Bosnia, had what can only be described as a near breakdown. "Aleppo will join the ranks of those events in world history that define modern evil, that stain our conscience decades later. Halabja, Rwanda, Srebrenica, and, now, Aleppo," Power declared to her Russian counterpart.

Power's intervention was particularly toothless as in an act of mistiming, she made it on the day after Donald Trump unveiled Exxon Mobil CEO Rex Tilerson as his pick for Secretary of State. The coziness between Exxon and the Kremlin is exaggerated, but the choice reinforces the view that the next administration remains committed to the policy change the president elect advocated during the primaries and general. For all the charges that Trump was somehow "uninformed" on the issues, he had a Syria policy which was far clearer and coherent than that of any of his primary opponents or Hillary Clinton in the general election for that matter. Trump suggested that the investment in the Syrian rebels was both dangerous - we have no clue who many of these guys are - and counterproductive in that it made little sense to fight both Assad and ISIS at the same time. Critics are quick to point out that Assad and his Russian supporters have focused their attacks on all rebels and not just ISIS, but in turn this ignores the fact that it is the continuation of the civil war itself which creates the environment in which ISIS thrives. It is also the continuation of the civil war which drives the flow of refugees into Europe, destabilizing the politics of that continent. It is a credible policy to place the goal of ending the war over a preference for ending it in an ideal manner.

Wars ultimately end when someone wins. The rebels had little chance of victory after 2013, and even less chance of being able to govern if they did oust Assad. A victory for Pro-Turkish rebels will never be accepted by the Kurds, and would be uncomfortable for Israel, Jordan and Egypt, not to mention Iraq, all of which would sponsor further fighting. In turn, an ISIS win would be catastrophic. The argument for an Assad victory is that it is the most plausible military victory which ends the war in the foreseeable future. Once that occurs, carrots and sticks can be used to try and deal with that government. But there needs to be a government.

Democrats have struggled with this debate, not least because they have tended to interpret all foreign policy initiatives in the context of an obsession with Russian "intervention" in the election. Two things need to be said about this. First, taking the most generous scenario, in which Putin directly ordered the hacking of the Democratic National Committee and coordinated the release of emails from senior members of the Clinton team, the release of emails does not seem like a very intervention. It comes off, instead, as evidence that a potential Clinton national security team could not handle the heat, and allowed the release of mildly embarrassing emails to throw them entirely off-message, It also comes off as a personal grievance, namely that Putin or Russia denied Clinton staffers and other democrats White House jobs. It works as a way for individuals to shift the responsibility for the defeat to others, especially if they were Clinton campaign officials.

More substantively, it has prevented Democrats, and some Republicans, from challenging the new administration's policies on their own merits. Everything becomes viewed through the metric of how Russia would be affected, not whether it would be a good idea. There is no greater evidence of this than the debate over Tilerson's nomination, which has entirely focused on whether he is "too close" to Putin. The result is that Democrats not only have no power. They have no alternative policy either. Screaming about deaths in Syria is one thing, but it begs the question of what they want to do about it. And absent a clear policy, most Americans make the obvious deduction, namely that the Democrats are advocating for US troops to be sent to Syria, or the Ukraine for that matter.

In 2014, I wrote how the Syrian conflict had transformed the partisan contours of foreign policy in American domestic politics, by reversing a situation in which the Democrats had since 2003, been seen as the party which would not send American soldiers to war. As late as 2012, this proved dangerous for Republicans, when Barack Obama was able to mobilize fear that Mitt Romney's election would lead to an invasion of Iran. But in 2014, this changed. The combination of Obama's confrontation with Putin over the Ukraine, and advocacy for air strikes in Syria made the Democrats the party of intervention, albeit the party of intervention in other people's wars. This was was reinforced by the feud between Obama and Putin which created the impression the US was heading to another Cold War. Attacks on Trump's supposed friendliness with Russia, rather than harming Trump, reinforced the perception that Hillary Clinton was the candidate most likely to trigger a war for ideological reasons.

This is hugely damaging at a time when Americans are in an isolationist mood. It is particularly so in the areas where isolationism is strongest. It is no coincidence that the states that swung most heavily to Trump, Iowa, Michigan, Ohio, Pennsylvania, were states where Democrats enjoyed landslide victories in the 2006 midterms after years of Republican hegemony. The attacks on Trump's "ties" with Putin did not damage the President elect, but rather removed whatever residual advantage the Democrats still enjoyed from the Iraq war. That left them behind on the two key issues of foreign policy; trade and national security.

What is going in Aleppo is not only the endgame of the Syrian civil war. It is also the endgame of the Obama Administration's foreign policy. One that had some real achievements, but ultimately, due to mistakes both political and policy, is looked upon by many Americans as a failure. And Syria is, along with the Ukraine, symbolic of that perception.