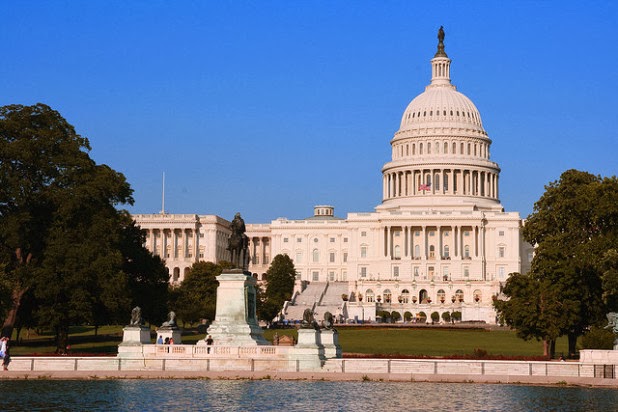 The decision of US President Barack Obama to seek congressional approval for military action in Syria has riveted world attention on a body whose arcane rules are often barely understood by those who have worked on Capitol Hill, much less by the wider the world.

Returning the favor US outlets provided for last week’s Westminster debates on Syria, the BBC has carried live coverage of meetings of the Senate Foreign Relations Committee, even if its anchors incorrectly added the term “select” to its designation (a term reserved for the Intelligence Committee) and mislabeled Tennessee Republican Bob Corker as its Chairman (he is the ranking member of the minority).  A steady parade of obscure congressman from Florida and Oklahoma have paraded across the screen to provide reasons for their indecision, almost invariably an internal struggle between the pressures of the Washington elite and the nearly uniform opposition of their constituents to any action.

The cause for this new-found aspiration by the BBC, RT News, and Sky to play at being C-Span lies in the President’s decision to throw the issue of military action to Congress, forgoing a long tradition of a presidential prerogative. On the one hand, he had little choice. The defeat of the Cameron government in the House of Commons increased the volume of already loud calls for a vote to cacophony. On a wider level, seeking authorization is historically wise. The decision of President George W. Bush to seek approval for the invasion of Iraq spread the blame (or complicity) far and wide, contributing to the charges of flip-flopping that helped lead to the defeat of now Secretary of State John Kerry in 2004. Providing a dangerous counter-example, the failure of President Harry Truman to seek an endorsement of his intervention in Korea when it was overwhelmingly popular left him exposed to opportunistic attacks from all sides when the war dragged on indeterminably.

As a consequence, the decision to seek congressional approval made political sense for Obama. It also ultimately makes strategic sense, which is why it will pass. Whatever the merits of intervention or non-intervention, a strict obedience to the latter is no longer viable after two weeks of rhetoric denouncing chemical attacks in Syria. To retreat at this point, even if intervention is futile, is perceived as something that would be devastating to American prestige. It is for this reason that Republican leaders such as House Speaker John Boehner and Majority Whip Eric Cantor have come out in favor of a limited strike, albeit with language in the authorization which strictly prohibits the use of ground troops. The real question is therefore less the one the international media has been asking: will authorization pass in some form? But instead what the long-term impacts will be. And here the domestic impacts in the United States will be far greater than the international repercussions in Syria, as the struggle over intervention will likely cost the Democratic Party its foreign policy credentials.

The Democratic Party’s credentials as an anti-interventionist party have not always been seen as an asset. In fact, many Democrats have tried very hard to shed them over the last few decades. The perception that the Democratic Party is scared to use force, born in the last years of Vietnam, was blamed for defeats in the 1980s and again in 2004, and Bill Clinton’s interventions in Bosnia and Kosovo did little to shake them as Republicans could always up the stakes. Even the assassination of Osama Bin Ladin, trumpeted by Democrats for proving the “toughness” of the Obama administration did not fundamentally alter these impressions. The Democrats did have an advantage on foreign policy in the 2012 election, one that contributed to their victory, but that advantage had little to do with the perception they were the Hawkish party; rather it had to do with a shift in the preferences of the electorate.

The frustrations of the Iraq war, the failure of the Israeli-Palestinian Peace Process, and most importantly the unsuccessful effort to rebuild Afghanistan have led to a sense of fatigue about intervention in general, and of intervention on behalf of Muslims in particular among American voters. In their unsubtle and perhaps unsophisticated opinions, the US has repeatedly risked life, limb, and enormous expense to save Muslims – in Somalia, Bosnia, Kosovo, Iraq, and Afghanistan, only to have the locals and the wider Muslim world emerge more anti-American than before. While the American foreign policy elite may retain a more “sophisticated” commitment to intervention, norms of behavior regarding things like WMDs and chemical weapons, and international law, they have largely lost touch with sentiment within their own country.

This change was already apparent in 2008. There was no way that Barack Obama, the advocate of reconciliation and compromise could compete with John McCain, a war hero who denounced Putin, sang ‘Bomb, Bomb, Bomb, Bomb Bomb Iran’ at a campaign rally, and urged intervention in the Russo-Georgian War. McCain himself went far to highlight these differences, with a parade of speakers denouncing Obama for his failure to support Georgia at the 2008 Republican National Convention. But rather than being an asset, these views were a liability. Voters did not want his wars.

Even in 2012, those who favored an aggressive foreign policy had a better choice in Mitt Romney, who advocated confronting China over currency manipulation, and allowing zero daylight between the US and Israel. But for many blue-collar voters in the Midwest, “Zero-Daylight with Israel” meant an invasion of Iran on the model of Iraq, something they had no appetite for, and they feared that the constant invocation of Benghazi was a call for US troops on the ground. Obama’s greatest weakness on foreign policy was not his “weakness” but rather his failure to withdraw from Afghanistan, but to his critics he remained the lesser of evils.

This is beginning to change. On Libya the Obama Administration has identified itself clearly with the conception of America as the world’s policeman. To the average observer, John Kerry’s presentation to the Senate conjured memories of other presentations of a decade past presenting proof of weapons of mass destruction in Iraq. And his answers regarding proof do little to answer the real questions most Americans have; why should Americans care how the Assad regime murders its own people?

The greater change is that there are now Republicans willing to take advantage of this shift. Rand Paul may be a far more typical Republican than his father, but that provides him with a far steadier platform from which to oppose intervention. Most importantly he has opposed it not from the anti-imperialist, America as a villain perspective of his father, but rather from the self-interested, “why should my son die fighting for Al-Qaeda?” position that probably represents majority sentiment in the country. Equally as importantly, he has not stood alone. Ted Cruz, Texas’ conservative Senator has joined him. Cruz may be an ideologue, but he also wants to be President, and the fact that prominent Republican leaders have not just embraced the populist isolationist argument, but are leading the fight on it is changing perspectives as to which party stands where.

The real impact of the congressional Syria debate may well be felt not in September of 2013, but in November of 2016, when a Rand Paul or Chris Christie, running on an isolationist platform, uses the issue to great effect against Obama’s first Secretary of State. If so, the Democrats may well have achieved their wish to leave their perception of isolationism on international affairs behind. They should be careful what they wish for; they just might get it.