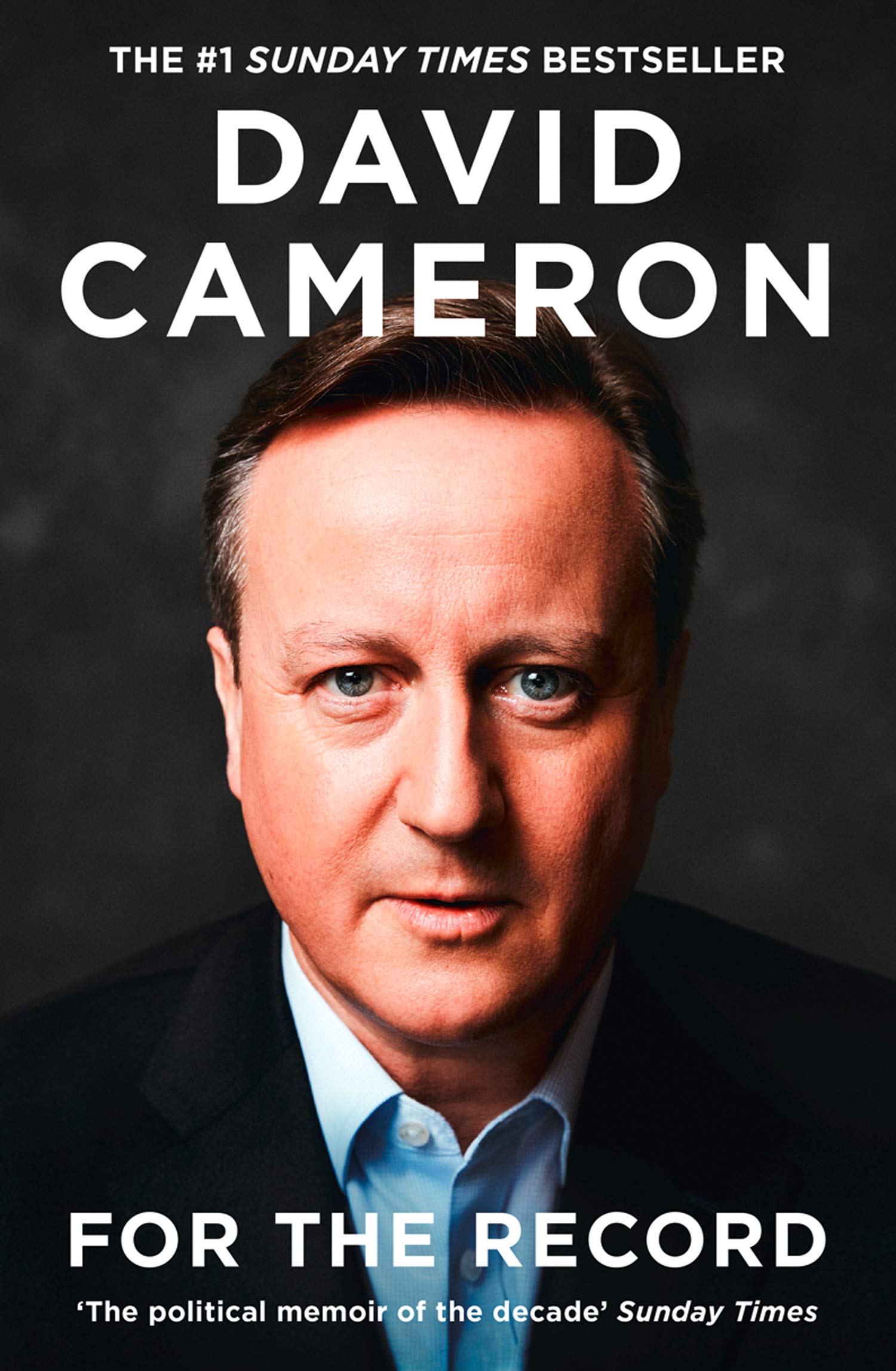 In the early spring of 2016, I found myself in conversation with a Conservative insider close to British Prime Minister David Cameron.. In reality it was less of a conversation than an insight into the clique which governed Britain and believed in the months before the Brexit vote that they controlled the nation's destiny. I spoke little, and mostly listened, emerging with a conviction that even if Remain won, from a political perspective the Prime Minister had already lost. By calling the referendum, the Prime Minister  had provided his enemies with a method to strike at him and his allies within the Conservative Party. Moreover, rather than a reluctant byproduct of a referendum forced upon him, the Prime Minister had deliberately sought such a showdown with his internal rivals, and done everything in his power to turn the referendum on membership on British membership in the European Union into a referendum on his own leadership of the Conservative party. More worryingly, the conversation indicated that the Prime Minister had done so in the belief that he was popular with the party, a contention that would have been easily disproven by the most casual of interactions with Conservative activists, MPs or researchers from almost any faction.

My conversation that night fed my pessimism about the referendum because it made clear that no such survey of Conservative sentiment had been done prior to embarking on the course that was to end the Cameron premiership. What need was there? The referendum was brilliant. Not only was it a foregone conclusion that Remain would win, but precisely because Remain had to win, it presented an opportunity for the Prime Minister to consolidate his control of the Conservative party, line up the then-Chancellor George Osborne as his successor, and lay a trap for Osborne's rivals. In particular, certainty was expressed that the referendum provided the chance to eliminate two of Osborne's most serious rivals, Home Secretary Theresa May and former London Mayor Boris Johnson. May, grammar school educated and fiercely committed to restrictions on immigration had never fit into the Cameroon modernization project and she had clashed repeatedly with Osborne over immigration. Her fiery speech at the 2015 Conservative Conference was seen by Cameron's circle(at least as indicated by my interlocutor) as an effort to secure her cabinet office by making the inevitable effort to remove her look like an ideological move against the Right. In turn, it made her critics doubly determined to eliminate her. As for Johnson, his ambition was seen as an irritation more than a threat. The referendum seemed an opportunity to eliminate both.

How was this to be accomplished? Well it was a matter of faith that Theresa May, who had made her political reputation as an opponent of immigration, would come out against remaining in a union which required freedom of movement and which had seen nearly a million Syrian refugees settled in Germany. When she did so, her position in the Cabinet would become untenable, and she would depart to lead the internal opposition. She could then be replaced by Boris Johnson. Just as it was an article of faith that the immigration restrictionist-May would back Leave, so too it was assumed that Boris Johnson, the cosmopolitan mayor of London who had championed immigration and diversity would not be able to bring himself to associate with the likes of Nigel Farage and others in the Leave effort. Johnson, who had left the Mayor's office the previous year, lacked a cabinet role. Giving him May's Home Office would not only bring him onboard, but drive an insurmountable wedge between Johnson and the party's right, especially if he oversaw the dismantling of May's restrictionist policies. Both May and Boris would be forced into identifying with one wing of a polarized party, and thereby handicapped in any future challenge to Osborne.

There was a flaw with this plan. It required Johnson and May to do exactly what was expected of them. This was assumed, but the assumption was based on the belief that the referendum was occurring in a vacuum and the position of politicians, especially one derided for ambition as much as Johnson, would allow themselves to be maneuvered into sacrificing themselves on principle so as to pave the way for an Osborne premiership which would terminate their hopes for the future. The plan was so logical and obvious that all Johnson or May had to do was think about it for a few minutes to discover exactly what they needed not to do in order to avoid the trap, and the trap would be evaded. In fact, the trap would reverse itself and be sprung on Osborne, who now found himself the sole face of the Remain campaign, a position unpopular among Conservative party members, with little help from a nominally supportive May, and forced to watch as Johnson made a play for the party base.

What was most insightful then about this conversation was not that Cameron and his circle thought that the referendum could be advantageous or that they had developed a plant to take advantage of those opportunities, but that they viewed the referendum campaign as politically advantageous because they had a plan, and that plan relied entirely on factors they had no control over, namely what other politicians did. It relied on those politicians acting in a way contrary to their self-interest to achieve an outcome which would harm their own positions. It was without a doubt clever. It was also grossly stupid.

The undoubtedly clever, but strategically stupid and ultimately calamitous plan on which David Cameron staked his career and the future of the country upon symbolizes for me one half of Cameroonism. Intelligence and cleverness separated from any sort of rigour, combined with a belief that conflicts can be won by avoiding battle through maneuver. All paired with an absolute confidence in one's ability to maneuver such that there was no need to plan to win a battle if one nevertheless occurred. Napoleon, when asked what attribute he looked for in generals, famously asked "But is he lucky?" Cameron believed in his lucky star, especially after the narrow escapes of Cleggmania(in 2010), the Scottish Referendum, and the 2015 election. But rather than learning from those near brushes with career ending disaster that he should leave less to fate, the Prime Minister appeared to become convinced that he was inherently blessed with good fortune. How else to explain how little work went into trying to make his own luck in 2016?

I, as an American, nonetheless knew better. The Thursday night before the conversation described above I went for drinks in Westminster with three former Conservative researchers, two of whom are now Members of Parliament. I was recipient of a different sort of discourse than that which would follow on Saturday. On Thursday i heard tales of woe, of systemic purges, of a party leadership that felt contempt for actual conservatives, which pursued its enemies, which forced "girls they met at the bar at the Oxford Union" onto safe parliamentary constituencies in the form of all female shortlists over dedicated activists. Whether true or not, this story was so widespread it was accepted by all present. I was witness to local councilors and parliamentary researchers, individuals who had dedicated their lives to the party or planned to, express the view that they had no future if George Osborne remained in power. They even contemplated the possibility of preferring a Corbyn premiership to an Osborne one. While they did not quite call for Cameron's ouster, their belief was that Osborne could not win a fair election, and therefore there would not be one, that Cameron would find a way to rig the process. Hence if they were to have a future, if the Conservative party as they knew it was to have a future, as much damage as possible had to be inflicted on those currently leading it.

This sort of hatred is not unknown on an individual level, but I detected it as widespread across different personal and ideological factions. Most importantly, it indicated to me that many Tories would base their behavior not on what they wanted to happen with regards to Brexit, but on what course of action would inflict the most damage on Cameron and Osborne.

David Cameron was not doomed by unpopularity within the party however. He was doomed by his obliviousness to it and disinterest in discovering it, even while pursuing a political strategy predicated on it not existing.

I could not help but to recognize this blasse indifference and detachment when attempting to make sense of Cameron's memoirs. They are long and thorough but say very little. They are a long litany of meetings in which Cameron speculates about what other participants in conversations thought, recounts what they said, and records what others recalled about events. Almost never is there any discussion of "I" other than "I asked" or "I wondered". The impression comes across is one of overwhelming passivity.

Even the most compelling and personal segments dealing with the death of author's child are about an event and process which happened, one which the narrator was powerless over. Reviewers singled out the death of Cameron's son Ivan as the most insightful, and in a sense they are because they tell the tale of a universe which works its will, and where the narrator is nothing more than the recipient of fate. That may have been the case for that particular tragedy, but it was not the case for everything else which happened during David Cameron's career. Nonetheless, the book is a chronicle of what happened, what people said, what the other thought they meant and why, but never what the author did. Any actions almost require justification by demonstrating that everyone else agreed, that there was only one real course, and hence that no real discussion took place. There may be an understandable effort to avoid responsibility for mistakes, but the book is odd in that it makes only a superficial effort to take credit for successes or anything at all really. Events and things merely occurred while David Cameron was around.

When discussing the role of human agency there is tendency to ask whether history would be different if a different person was in charge. The revelation from David Cameron's memoirs is a more disturbing one. That from 2010 until 2016 no one was actually in charge. Instead, it was a period where things merely happened to work out until they suddenly did not. On such indifference the fate of hundreds of millions has been decided.