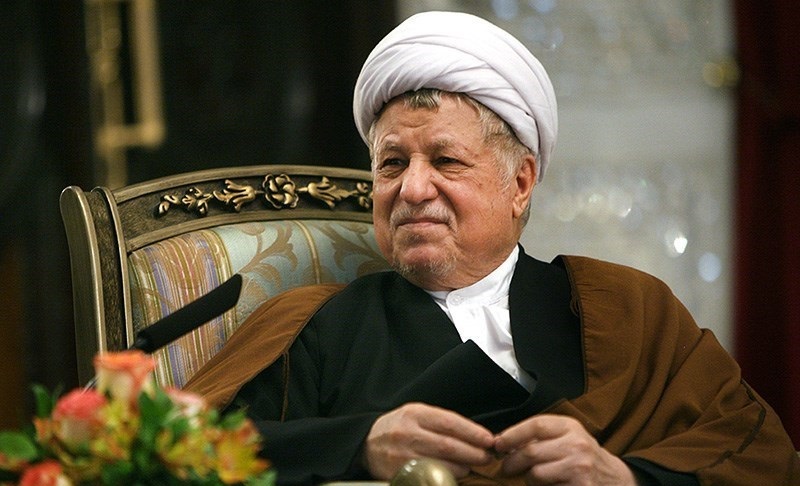 Douglas MacArthur, having returned to the United States a national hero following his removal by President Harry S. Truman in 1951, once remarked that "Old soldiers don't die, they merely fade away." So it was with MacArthur, the victor of WWII in the Pacific, who lived on for an additional thirteen years to die forgotten in 1964. Ali Akbar Rafsanjani would have rejected the idea that his time had passed. Having left the Presidency of Iran in 1997, he ran again in 2005, losing 64%-35% to Mahmoud Ahmadinejad. Not deterred, he filed to run again in 2013, only to be denied, to his shock, and to that of international observers who had learned to hang upon his every utterance as a sort of Rosetta Stone of Iranian politics, registration on account of his age. The less well-informed international press sources were still speculating about the role he might play in the succession to Supreme Leader Ali Khamenei at the time of his death. In the end, a decade of speculation over that succession was for naught. Khamenei outlived his erstwhile mentor. That, in fact could be an epithet for Rafsanjani's life and career. Always on the verge of great deeds, Rafsanjani spent eighty years intriguing in pursuit of greatness. In the process, he passed up opportunities to make genuine positive change. He died as he lived. At the center of events, yet seemingly without the power to influence them.

Ali Akbar Hashami Rafsanjani was born to a family of pistachio farmers in Kerman province, which may explain a lifetime affinity for the aspirations of Iran's traditional mercantile middle class. Trained in theology at Qom, he became a follower of Rullohah Khomeini, returning with the latter to Iran in 1979. During that year, which saw the Islamic movement contend for power with the provisional government of Mehdi Bazargan, and Khomeini's own entourage divided between more secular advisers such as Ali Hassan Bani Sadr, the future first President of Iran, and hard-line clerical elements around Ayatollah Mohammed Beheshti, Rafsanjani advised the moderates, but when the chips were down sided with the hard-liners. He joined Bani Sadr in advising Bazargan against summoning an elected Assembly of Experts to write the constitution on the grounds that hardliners would dominate such elections, but nonetheless helped shepherd the hardline draft through when the Assembly met. He praised the hostage takers, though a decade later he would claim that the storming of the US embassy was a mistake. He oversaw Bani Sadr's impeachment when the political winds turned against him, and led the demands for total war against Iraq, while privately conceding it could not be won.

At the same time, Rafsanjani liked to cultivate an image as a man one could do business with. There was something of the merchant about him. He never forgot the traditional middle classes. While he never raised a figure to defend the "new" middle class of civil servants built up by the Shah, he fiercely resisted the efforts at economic redistribution championed by the government of Prime Minister Mir Hossein Mousavi between 1981 and 1988. With fateful consequences for his later career, when defeated in the Majlis(parliament) he took his case to the judiciary, and established the precedent by which the Guardian Council could strike down legislation. He would make a pattern of inviting judicial intervention, in 1992 establishing that the Council could vet all potential candidates for secular public offices, a ruling he would rue over the next two decades. It would be used to block his candidature in 2013.

This was to be something of a pattern. Rafsanjani was the father of most of his own failures, a man who engaged in short-term political expediency with little concern for long-term consequence. His constitutional principles depended not on any vision of the Iranian state, but merely on which office he happened to control at a given time, and which ones were occupied by his enemies. During the 1980s when he served as speaker of the Majlis he sought to isolate and then undermine the office of Prime Minister, culminating in its abolition in the 1989 constitutional reforms in favor of an all-powerful presidency. In turn, after he lost the Presidency in 1997, and especially after the election of Mahmoud Ahmadinejad he championed the weakening of the office. In the 1980s he argued the Supreme Leader was too involved in day to day politics. In the 1990s, he alleged that Khamenei was too weak. In the 2000s, by contrast, he warned that the office was becoming the center of all authority within the state.

This revealed one of the great weaknesses of Rafsanjani's political career. He held influence, but he never established a secure, long-term office from which he could transform that influence into power. Khamenei after 1989 had life-time tenure of the office of Supreme Leader. Other rivals held posts in the judiciary. Rafsanjani, by contrast, at his moment of greatest triumph in 1989, when he made a Supreme Leader and a new constitution, neglected to create such a perch for himself. He created an executive Presidency, but one constrained by term limits, meaning that after 1997 he would be at the mercy of other officeholders for positions and influence. At first, he could rely on an army of proteges from his years in power, but as his comeback bids failed one after another, even they discovered the weakness of his position. For all the talk of Rafsanjani's great influence as the head of the Assembly of Experts that would elect the next Supreme Leader, especially prominent in Western coverage during the 2009 election protests, Rafsanjani lost that perch with barely a murmur. His failure to even be allowed to register in 2013 solidified that impotence. He endeavored to play a role in the 2016 Majlis elections by endorsing a list of moderate and reformist candidates, but this was a desperate effort to claim ownership over the proteges of others. His Executives of Construction party was generally not allowed to run and had not been since 2004.

There is an irony then that for more than two decades Western dreams of a rapprochement with Iran have rested on a man with such an insecure political base. But Rafsanjani always saw himself as a statesman, and often found himself over his head when he endeavored to fulfill those ambitions. He was burned in the mid-1980s when the opening to the United States he tried to orchestrate exploded into the Iran-Contra affair, only narrowly escaping with his career, and perhaps his life. During the first Gulf War he endeavored to play both sides, offering to allow Iraqi aircraft to use Iranian airbases to avoid coalition air attacks while at the same time demanding an Iraqi withdrawal from Kuwait. This ambiguity continued later in life. In the lead-up to the 2005 election, which he expected to mark his return to power, he gave an interview to Time Magazine which presented him as "the Comeback Cleric" and a man who could make a deal with the United States.

By that time Rafsanjani's own position had become precarious, and the former President had become redundant to both sides in Iranian politics. Rafsanjani had never trusted democracy, and he had ruthlessly used the Guardian Council to purge opponents of his economic policies from the Majlis in 1992. While he favored a limited cultural opening, he did not defend his Culture Minister Mohamed Khatami when the latter came under attack from hardliners, and relations between the two were cold after Khatami's victory in 1997. Rafsanjani thought the Reformists should be grateful to him as the man who made their success possible, while they saw him as a symbol of the establishment they were fighting against, personally corrupt, and ideologically vapid. In what almost seems a fit of spite, and was definitely a fatal error, Rafsanjani allied himself with his erstwhile hardline foes to lead the conservative slate in Tehran in the 2000 Majlis elections, only to humiliatingly fail to win a seat. Having revealed to the Reformists that he could not defeat them electorally, and to the hardliners that even his support could not enable them to win at the ballot box he was left only with the option of allying with the more desperate side, which implicitly was the weaker. Hence Rafsanjani found himself on the losing side of the 2005 and 2009 Presidential elections, as well as many of the power struggles in-between. Western analysts saw the victory of Hassan Rouhani in 2013 as that of a Rafsanjani protege, but this is more a testament to Rafsanjani's ability to spin his own importance to Rouhani's success. He without a doubt supported Rouhani, but he himself had lacked the influence to be allowed to run, which almost certainly came as a relief to his erstwhile allies, and Rouhani had based his political strategy on transcending the divisions of 2009, of which Rafsanjani was increasingly a reminder.

The result was that Rafsanjani faded after 2013. No longer even the most important moderate or reformist political figure he waited for the one event that could return him to center stage for a final time, the death of Supreme Leader Ali Khamenei. In the end, Khamenei outfoxed him here too. Rafsanjani died first, leaving his last great project, the effort to establish a power-base within the Assembly of Experts unfulfilled

Ali Akbar Hashami Rafsanjani was a critically important figure in the history of the Islamic Republic, present at every key moment, but it is far from clear whether he was an indispensable one. It is hard to think of a single moment when he went against the flow and succeeded. On the contrary, it is quite possible that everything would have happened exactly the same way without him. His death then is more symbolic than important. Khamenei will die soon, and the battle-lines will be fought among alliances formed already. But his death removes one of the louder and more talkative figures, and we can be sure that when Khamenei's death comes we will have far less to baselessly speculate about without Rafsanjani around.