Minorities, the Politics of Proximity and Seccession 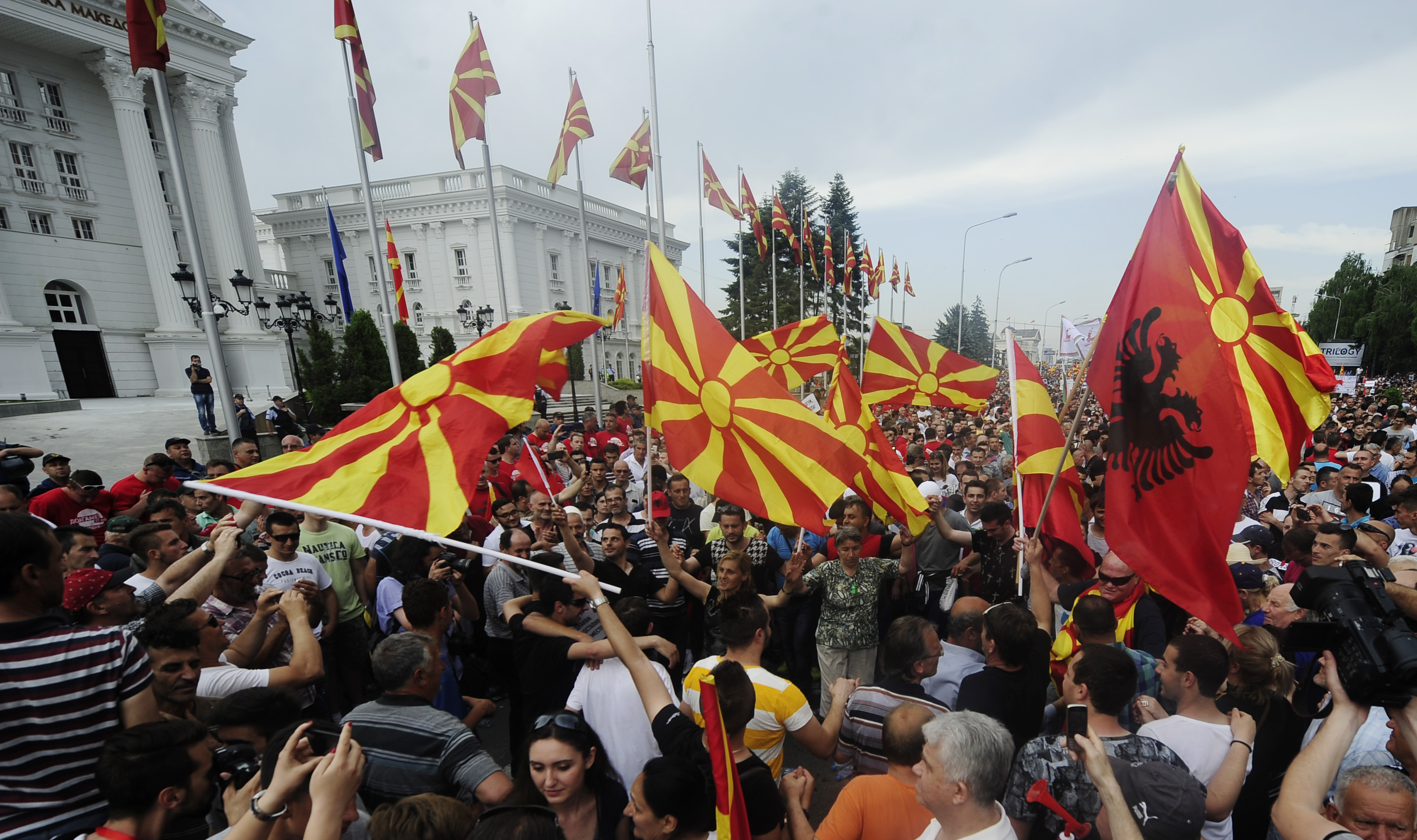 This weekend the New York Times carried a story about the increasing spread of Islamic Fundamentalism in Kosovo. For those of you trapped on the wrong  side of the paywall, it seeks to describe how “Extremist clerics and secretive associations funded by Saudis and others have transformed a once-tolerant Muslim society into a font of extremism.” Similar stories have appeared in recent years regarding Bosnia.The term, “history is written by the winners” is often used today as a tool of identity politics, especially when pushing the almost gnostic interpretations that are common in fields such as Gender, African American, Chicano, or regional studies. But it could just as well be applied to anyone who did was not listened to at the time. Political positions rarely get second hearings once they have been condemned, and it is even rarer for them to receive such hearings when they have already been condemned as immoral or genocidal.The narrative of the Yugoslav Wars of the early 1990s, the topic of my dissertation, is one in which the Bosnian Muslims are clearly the victims, even if the narrative of Serb aggression has occasionally received slightly more ambiguous handling.

The Bosnian Muslims, so the interpretation went, were fighting for a democratic, multiethnic Bosnia, in the American mold, where Muslims, who made up 44% of the population, would have equal rights with Serbs, who made up 33%, and Croats, who made up 20%. By contrast, Serbian and Croatian forces, under the control of Croatian President Franjo Tudjman in Zagreb, and Serbian President Slobodan Milosevic in Belgrade, sought to parcel out Bosnia between them.Both at the time, and in virtually all histories since, Croatian and Serbian fears of an Islamic state were dismissed. Bosnian Muslims were secular, and European, Muslims in name only, with no desire to impose Sharia law, or to forge relations with the Islamic world. Then American Ambassador Warren Zimmerman expressed this view his memoirs, as illustrated by the following segment excerpted from my dissertation where he discusses Bosnian President Alija Izetbegovic's views.

Zimmerman was aware of Izetbegovic’s religion, noting that “he was a devout Muslim, unlike many Bosnians who chose Muslim nationality when Tito gave them that option.” “But,” Zimmerman continued, “I never saw any signs of extremism or coercion in his manner.” As for Izetbegovic’s work which had seen him jailed, Zimmerman was aware of it, but gave the distinct impression he had not read it very thoroughly. “Contrary to the Satanization to which it has been subjected, it was an abstract appeal for a return to nonationalistic Islamic values; it stoke no fires of the Libyan or Iranian sort. In fact it called for protection of the rights of non-Muslim minorities in countries with non-Muslim majorities.”

As such, claims from the Croatians and Serbs regarding Islamic Fundamentalism tended to be either seen as signs of racial hostility, or  as self-serving pretexts for a land grab. As a result, the actual fears of Serbian and Croatian Bosnians that they would become minorities in a Muslim state, tended to be ignored simply because Western officials rejected the idea that the Bosnians had any desire to create one. President Izetbegovic, in his 1970 “Islamic Declaration” stated that “There can be neither peace nor coexistence between the Islamic religion and non-Islamic social institutions.” And his foreign visit after his election was to Iran.(See The Islamic Declaration: A Programme for the Islamization of Muslims and Muslim Peoples, Sarejvo, English 1990 Accessed 3 September 2015   http://profkaminskisreadings.yolasite.com/resources/Alija%20Izetbegovic-%20The%20Islamic-Declaration%20(1990).pdf)]

Furthermore, the evidence from history is that multiethnic and multinational states tend to be stable in proportion to their isolation. Italians and Germans were able to integrate in the United States, Brazil and Argentina because Italy and Germany remained far away rendering such identities irrelevant in political, economic, or social terms. Yet when minorities are trapped on the wrong sides of borders, the opposite has tended to be true even in Western Europe, where a German community in democratic Italy, located in Tyrol, has remained a distinct political and social group for nearly a century. There is a good reason for this. Italians and Germans in the United States were fish in a wider sea. Any access to Italian or German-language newspapers or media was limited to what they could produce themselves, and access to jobs and other opportunities depended on assimilation. But if one's countrymen lie just over an artificial border, then none of those factors apply. For Tyrol Germans in Italy, Vienna is closer than Rome, and German newspapers and media are regularly available.  The right to educate in German, a concession to minority rights, creates a situation where German-speaking Italian citizens can grow up to find they have greater job opportunities in Austria, Switzerland or Germany than in Italy

.This then was the analogy at stake with Bosnia. With an independent Croatia and Serbia next door and connected by a transportation system built when Yugoslavia was one country, there would be ready access to Serbian and Croatian media, products, and job opportunities, and there would be no reason for Bosnian Serbs or Croats to ever interact with their Muslims neighbors or to form a Bosnian identity. This in turn would have a knock-on effect. The only true group with an interest in a Bosnian national identity would be the Bosnian Muslims, and a secular, multiethnic state is a vague and weak identity even if others are interested; if they are not, it is hard not to see a Muslim one developing, especially when Muslims in Serbia and Croatia would have felt the same pull Bosnian Croats and Serbs did. The end result likely would have been a migration of Croats and Serbs out of Bosnia and Muslims from other parts of the former Yugoslavia into it, with the result that very soon 44% of the population would have become 50%.  And the remaining Bosnian Croats and Serbs would find themselves a minority in a Muslim Yugoslav homeland, and as second-class Croatian and Serbian citizens compared to the actual residents of those nations.

The bottom line is this; whatever the intentions are behind internationally imposed peace agreements, power-sharing accords, or interventions in ethnic or religious civil wars, the end result will be some sort of self-sorting. No matter how extensive promises to respect minority rights are, the best defense is not to be a minority in the first place. In turn, a plurality or majority that sees minority rights as an acceptable price to maintain control of an "empire", ie. peoples and territories that would otherwise not be part of the nation, will consider even voluntary moves in favor of departure as freeing them from such commitments. Iraq may well be willing to pay the Kurds almost any political price for a share of Kirkuk's oil; it is unlikely the Shiite parties will see why they should continue to protect the rights of Kurds in Baghdad if Kurdistan were to secede and take its oil with it. Hence those proposals that are floated for a tripartite partition of Iraq and a separate Sunni state would almost certainly doom the remaining Sunni population of Baghdad to discrimination and gradual expulsion, and the Shiite rump Iraq to a drift towards Shia theocracy. After all, if the Sunnis are entitled to their own Sunni state, shouldn't the Shia be entitled to the same.This brings us back to Bosnia and Kosovo.

I do not think these were problems with a magical solution that could please everyone short of taking a stronger stand against Slovene efforts to secede in 1989 along with Milosevic's efforts to gut Kosovo's autonomy. But that was ostensibly the American policy and it failed. What can and should be done though is to recognize reality. An independent Bosnia, if it somehow survived as a unitary state, was always going to result in a demotion in status for the Croats and Serbs who made up a majority of the population and that meant it was unlikely to be viable absent coerce force unless the borders were redrawn to create a majority that actually wanted a Bosnian state. And that would have meant a majority Muslim state, that eventually, due to reactive and proactive forces, would have begun to identify with the wider Islamic world after the Iraq war. As for Kosovo, which was 90% Albanian, it was never going to be possible for the Serbs to remain their as anything other than a minority dependent on international protection. Perhaps the rights of the 90% dictated that stability could only be maintained by sacrificing the 10%, but the efforts of international relations scholars, officials, and media figures such as current UN Ambassador Samantha Power to deny that any such balance of harms existed was absurd. Not to mention responsible for a whole lot of the problems in terms of nation building which followed.While the current situation in Eastern Ukraine makes it impossible to accurately determine the actual balance of opinion in the region, it should also lead Western leaders to question whether a Russian speaking population lying on Russia's borders, and thereby exposed to Russian language media, can ever be assimilated into a Ukrainian national state where they will always be second class citizens. It may well be that the region will be a permanent fifth column for any potentially Pro-Western Ukrainian government. All in all, however, nationalism and identity are not dead. Self-examination of what is happening even in the West on University campuses should indicate it, but the last 20 years have shown beyond any doubt that language and religion remain the key organizing principles of politics. And rather than deluding ourselves and pushing absurd non-solutions such as a bi-national state in Israel or made up governments of national unity in Libya or Syria perhaps we would be better off accepting that and working within it.