Merkel Alone: Merkel's System is Sturdy But Lacks a Future 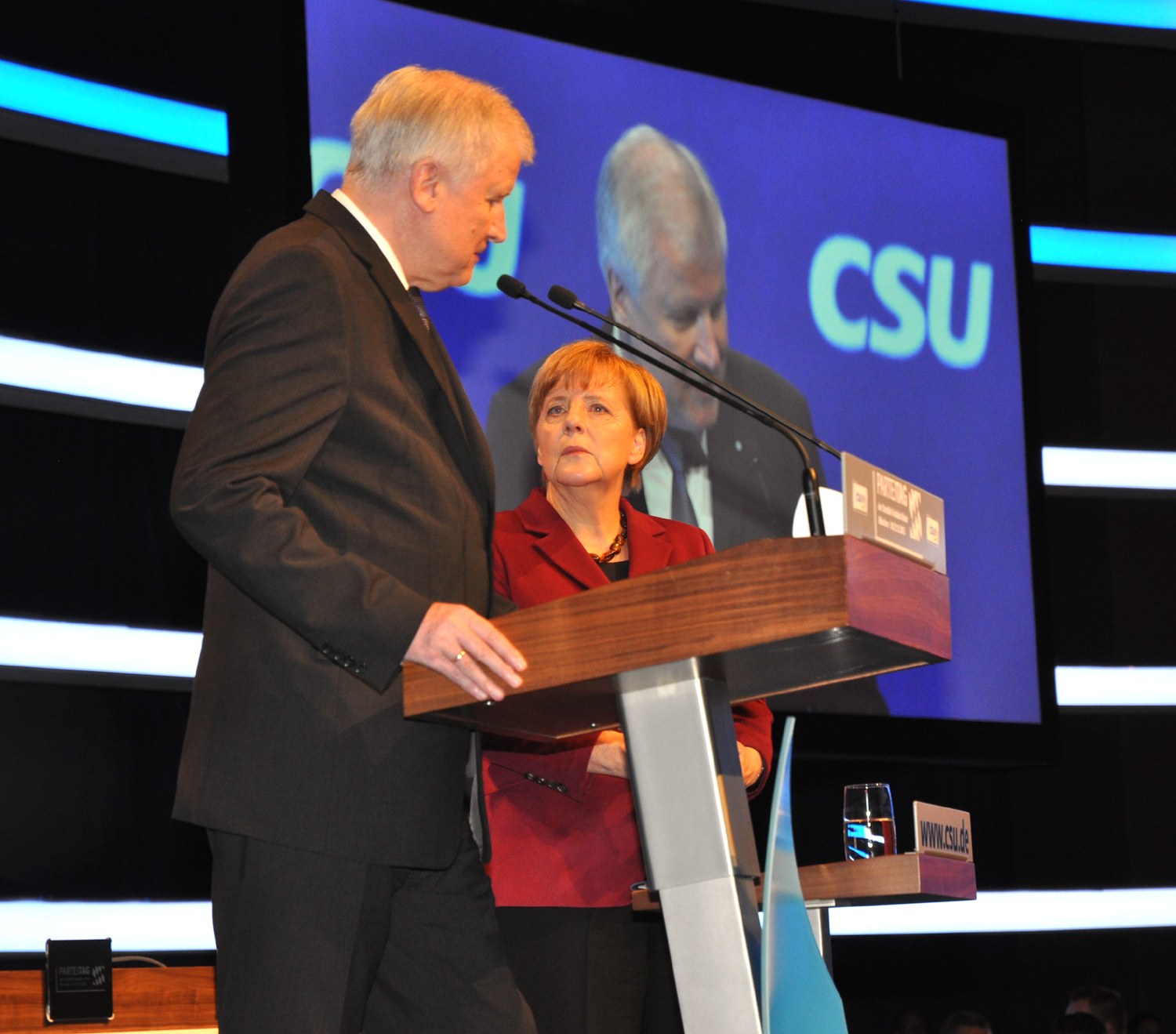 On February 9th, German Defense Minister and former chief minister of the Saarland, Annegret Kramp-Karrenbauer announced that she would not lead the ruling Christian Democratic Party/Christian Social Union into the next election or be a candidate for Chancellor. Annegret Kramp-Karrenbauer had been narrowly elected to lead the CDU/CSU with the support of Merkel after poor election results in Bavaria and Hesse forced Merkel to call a leadership election and announce she would not run for Chancellor in the next federal election. Annegret Kramp-Karrenbauer's 52-48 victory over Friedrich Merz, a longtime Merkel critic was a testament to the Chancellor's control of the party machine as well as the fact that while her critics overflowed with criticisms, they lacked a clear alternative strategy. Kramp-Karrenbauer saw off another challenge last fall, but while efforts to remove her from her position failed, she was never able to master the party or demand loyalty from its local members.

The situation came to ahead last week when a crisis erupted in Thuringia, where elections last fall had seen the incumbent government led by Bodo Ramelow of the post-communist Left party fall short of a majority with the far-right Alternative for Germany making substantial gains and coming second with 24% of the vote. The AFD has been subject to a cordon sanitarre in which all other parties refuse to work with it due to suspicions members harbor Nazi sympathies. While this fairness of this charge varies by region, the AFD is highly decentralized, the Thuringian chapter is led by Bjorn Hocke who has criticized the Holocaust Memorial in Berlin and suggested Christian and Judaic culture are in conflict. The problem was that between them, the right-leaning Free Democrats(FDP), the CDU and the AFD held a majority. In turn, no majority was possible for Ramelow without either the CDU or the more rightwing FDP supporting him. This was a difficult pill to swallow given that the Left too has been isolated federally due to its status as the successor of the East German Communist party. Thuringia requires a majority vote to elect a chief minister and for months Ramelow failed to achieve that as the CDU abstained or voted for its own candidate.

Last week the leader of the FDP, which held a mere 5 seats in the Thuringian Landtag, Thomas Kemmerich, announced his candidacy. In surprise move, Kemmerich was elected over Ramelow by one vote on a secret ballot as the CDU and AFD both supported him. The result was chaos. With a mere 5 seats out of 90, Kemmerich could not form a cabinet, and if he joined with the CDU then the minority government would rely on the support of Hocke's AFD. Such open cooperation had been ruled out by the national leadership under Kramp-Karrenbauer and the actions of Mike Mohring, the local CDU leader were an open challenge. Kramp-Karrenbauer demanded Mohring support Ramelow, only to backpeddle after he rejected the demand in a meeting. She then announced the CDU would support a government under someone put forward by the Social Democrats or Left who was not Ramelow only to have that rejected by both left-leaning parties. The national executive of the CDU of which Mohring was a member then demanded new elections in Thuringia, a demand which was then rejected by the executive of the Thuringian CDU headed by Mohring. In the end, Merkel had to intervene, calling the behavior of the Thuringian party unforgivable, and pressuring the national leadership of the FDP to force Kemmerich to resign. By Saturday, February 8th, Mohring had also announced his intention to quit. On paper the plan had failed, and the AFD was more isolated than ever, and Merkel's critics were crippled.

If there goal had been to install Kemmerich as chief minister of Thuringia that would have been the case. But if it was instead to humiliate Kramp-Karrenbauer and demonstrate the lack of authority she commanded within the party it succeeded. She had been ignored by the local chapter, defied by her coalition partners at the federal level in the Social Democrats, and then played for a fool by local politicians. It took Merkel's direct intervention to resolve the matter. For her to continue without Merkel was to risk chaos.

In a sense Kramp-Karrenbauer was collateral damage in a struggle over the CDU's direction. She was a tool by which Merkel intended to continue her approach, and was a proxy target for going after that approach. And it is important to grasp that discontent within the CDU has never been with Merkel in person, but rather with the direction she is leading the party. While the CDU/CSU has been in office since 2005, that period has seen a steady drop in support. With the exception of the period 2009-2013 when there was a coalition with the FDP, the entire period has been spent in a partnership with the Social Democrats. While the impact has not been as devastating to the CDU as it has been to the SPD, which has seen its support crater from 35% in 2005 to the low teens today, it has meant that during the entire period the CDU has been in coalition with a party to its left. For individuals on the conservative wing of the CDU, there is the real prospect of the party being in office for their entire careers without ever being in power, not least because Merkel has used the argument of expediency with regards to maintaining the coalition to force concessions on the party whether it involved same-sex marriage, or her approach to the refugee crisis. At the same time, there has been a rise of votes lost to parties to the right of the CDU. When it was founded by Konrad Adenauer after WWII the basic philosophy of the CDU was "no room to the right" ie. to prevent any parties to the right from gaining enough support to reach the 5% threshold required for seats in the German parliament. Under Merkel that approach has been abandoned. Not only did the AFD make it into the Bundestag in 2017, the first time in 60 years a party to the right of the CDU had accomplished the feat, but when the FDP reentered in 2017 it was as a party to the right of the CDU attacking Merkel's approach to refugees and refusing to join a government with her and the Greens.

To make matters worse, the collapse of the SPD means that a continuation of the grand coalition is unlikely to be possible. With a partnership with the AFD out of the question, there are realistically two choices. To form a coalition with the Greens after the following election, or to try and recapture enough AFD voters to make a coalition with the FDP plausible if not in 2021 then in 2025. These options are mutually exclusive. A coalition with the Greens means not just a continuation of Merkel's partnership with a party to the left, but a decision to move even further left, especially on divisive issues like immigration. A move to try and recapture AFD voters would by contrast make a partnership with the Greens difficult. A decision to work with the Greens would likely increase support for the AFD and FDP. A decision to reunite the right would increase the vote total for the Center-Left. Hence the existential choice facing CDU members despite their presence in office for the last 15 years.

Part of the reason for the divisions is that while Merkel has been in office at the federal level since 2005 and a partnership with the Greens might well keep her successor there for another four years, the same cannot be said of state chapters. Especially in East Germany, they have seen mass defections to the AFD which has not just stolen their votes, but replaced them as the major party of the center-right just as the Left replaced the Social Democrats as the party of the center-left in East Germany and the Greens are doing so in the West. For state-level CDU politicians, their chance of ever being anything more than junior partners in a coalition, of actually running states, depends on reuniting the right even at the expense of losing office in Berlin for a year or two. The prospect of a CDU-Green coalition in Berlin spells disaster for them.

The behavior of the Thuringian CDU was not an effort to work with the AFD. Rather it was a revolt against instructions from Berlin which seemed to indicate a willingness to sacrifice their future in order to pave the way to partnership with the Greens they did not want. When they were told to support Ramelow and a Left government they revolted. Not just against Ramelow but also against what they saw as the reason for it. That the Austrian center-right People's Party recently formed a coalition with the Greens there was deeply worrying. When Sebastian Kurz was in coalition with the far-right Freedom Party, inviting Kurz to conferences was a way for state CDU chapters to register discontent with Merkel's line. Now that even the Austrian Chancellor has abandoned them, they feel desperate and hopeless.

Merkel can potentially find a stronger chosen successor. She may well be able to rig the next leadership race. The desperation of her opponents and their lack of a plan or a candidate other than a Merz who is far past his sell-by-day will aid her. But unless she can offer a way out of this trap, the local party apparatus will continue rebelling. Merkel's success in keeping the CDU in office has been to deny the German electorate a credible center-left alternative. The danger is that she is increasingly convincing too many that the cost has been to deny them a credible center-right government as well.