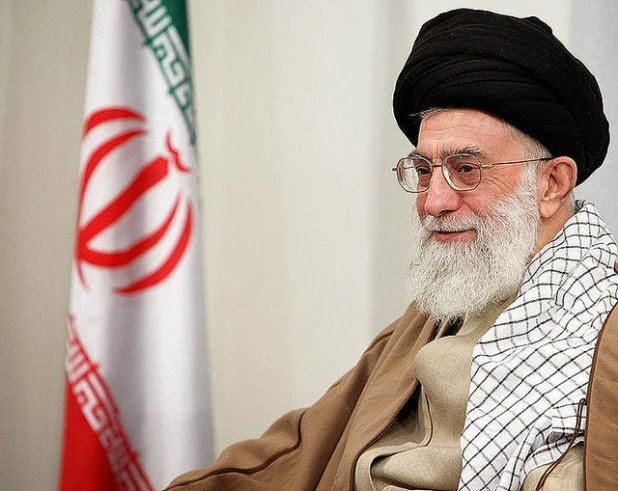 It has become a common refrain in the American and European media whenever the issue of Iranian politics comes up, to note that all final decisions in Iran rest not with the elected President, but with the “Supreme Leader,” Ali Khamenei.  Khamenei appoints the leading unelected figures within the Iranian state, including the head of the all-powerful judiciary and the members of the Council of Guardians who themselves have the power to approve or reject both candidates for public office and laws passed by the Majlis (Parliament).  Khamenei is also the commander-in-chief of the of the Armed Forces.

But  for all the nominal power of his office, both custom and the realities of politics act to limit the ability of the Supreme Leader to act directly. Far from being an autocrat like Bashir Assad or Saddam Hussein, Khamenei’s role is far closer to that occupied by the Japanese Emperor in the years before the Second World War.  While the Emperor was briefed on key decisions including the formation of governments, military dispositions and questions of war and peace, his ability to initiate policy was limited by the fact that he was forced to choose among the options presented to him by his courtiers and officials.  And custom prevented him from suggesting policies on his own, for doing so might compromise the Imperial dignity by tying the throne to the unpopularity of a particular policy, its partisan connotations, or to its ultimate lack of success, thereby legitimizing  the concept of opposition to the throne.

Yet  if the Supreme Leader’s autocratic powers are limited, he still wields enormous powers through his control of appointments and his role as mediator of last resort – powers that if used with subtlety and wisdom can reshape national politics over the course of years.  By manipulating the approval of candidates and backing one side and then another within domestic debates to ensure a balance of power and consistent deadlocks, the Leader can make himself indispensable for decision making on almost all critical issues.

Contested elections in Iran are therefore a vital feature of the system,  less because they allow the populace a free expression of it’s will, and more because they present the Supreme Leader a chance to shape up the personnel at the top of the regime.  A new President brings with him a new cabinet, and a new chief nuclear negotiator. Furthermore, if the President and the Majlis are controlled by different factions or come into conflict over those appointments it is likely the dispute will be brought to the Supreme Leader, allowing him to in effect appoint key ministers.

This brings up a key point about the interests of the Supreme Leader: The power to mediate disputes requires genuine clashes to occur between different branches of government,  and the Supreme Leader’s power is therefore greatest when a diversity of views exist within the Iranian Regime. This gives the Supreme Leader a vested interest in ensuring that no one faction is able to gain control of an overwhelming majority of the state institutions.

What does this Mean for Next Week’s Elections and Relations with America?

By contrast, two of the more “moderate” candidates, the Reformist Hassan Rowhani and the modernizing Mayor of Tehran, Mohammad Qalibaf both have close links to to Khamenei, the former having served as his adviser on the nuclear issue, the latter having been hailed by the Supreme Leader as a model official whose “pragmatism” should be emulated. A victory by either would likely better serve Khamenei’s interests than a victory by Jalili, balancing off the Principalist controlled Malis and ensuring that the Supreme Leader would have to be called in to settle almost constant clashes between President and Parliament It is perhaps for this reason that PressTV, the news service of the Iranian government has focused most of its coverage on these two candidates. To the extent Jalili is covered at all, it is to note his failure to convince Velayti and Haddad-Adel to withdraw or for provocative statements concerning the nuclear program.

In fact one of the oddest aspects of the campaign has been how absent the Nuclear issue has been from the campaigns of the candidates other than for Jalili. While all of the other candidates maintain Iran has a right to enrich Plutonium, most believe restoring relations with the outside world and avoiding “provocations” should take precedence over the exercise of that right. The unanimity on the issue from former members of the Supreme Leader’s personal retinue indicates that there is a strong desire from the Supreme Leader for voices that seek a less aggressive policy towards the United States and Europe to have a say.

This does not mean Iran will abandon its program or rush to reopen relations with the West. Such a decisive swing would require Khamenei to do something he has hitherto done only once, to throw his support entirely behind one side in a domestic political dispute. Khamenei survived that intervention in the 2009 elections, but not without having badly comprised himself and his office in the eyes of millions of Iranians who saw the Leader behaving in a partisan manner, and its an experience he likely does not wants to repeat. Nor having burned those bridges is it a course he necessarily could take even if he wanted to.

In this context replacing Ahmadinejad with a more conciliatory figure, rather than marking a decisive change of policy, will be rather the first step on the road to a much more gradual orientation. It will be a reorientation that will be marked by divisions within the Iranian government over its extent, and whether the concessions involved will be  genuine or tactical volte face. Beyond on a doubt both sides will have to call upon the Supreme Leader to mediate, and based on past experience he will decide at various points in favor of each faction in turn. Equally beyond a doubt, those decisions, and Khamenei ‘s preferences will play a decisive in what Iran’s policy will be to the wider world. Nonetheless, they will be worked through an influence that is anything but autocratic, or, dare I say, supreme.