Jeremy Corbyn Holds No Deal in His Hands 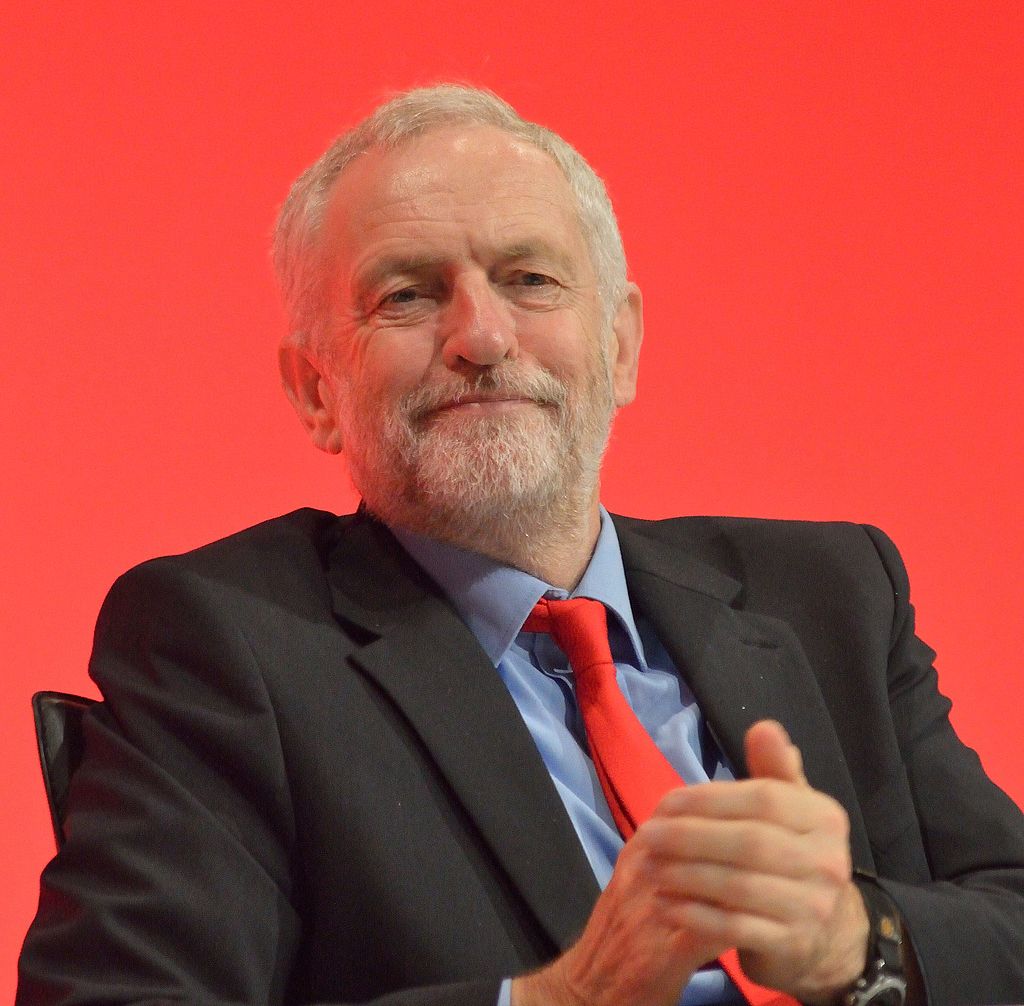 One of the more interesting developments in British politics has been the divergence between what British politicians say they want to happen with regards to Brexit and what they seem to expect to happen. To listen to the Conservative leadership candidates, remaining in the European Union beyond October 31st cannot happen. With the exception of Rory Stewart, who is implacably opposed to leaving unilaterally without an agreement, and Michael Gove, who has reluctantly conceded that regardless of terms logistics demanded some delay, the position has been treated as an axiom.That is despite it being questionable whether even if changes to the backstop could be accomplished, there would be enough time to conclude the process by October,or that the EU itself seems inclined to implement a 3 month No-Deal preparation extension in the event of “No Deal”. Yet for all of these declarations, no one seems to actually expect the UK to leave on October 31. Not the EU, not the financial sector, and seemingly not a civil service which is undertaking no planning. Not even many politicians who believe that efforts by a new Tory leader to force a no deal will be stopped, perhaps even Boris Johnson himself who might see such a scenario as a good excuse for a new election(and implicitly requesting and receiving an extension without incurring May’s stigma of betrayal).

Behind this is the conviction that the House of Commons will not allow such an outcome. Warnings by Oliver Letwin that the failure of the June 12th vote to take control of parliamentary business meant there may not be another option have been mostly shrugged off, as have been threats by Conservative contenders to potentially prologue parliament. And not without reason. There is faith that the Speaker, John Bercow, a rogue Tory MP turned fierce anti-Brexit partisan, will come up with something.

Insofar as threats of prologuetion, or worries that the government may not submit any legislation to amend are dismissed, the complacency is probably justified. Bercow probably could come up with something, if need be assisted by the outgoing May government. As such, a parliamentary majority against No Deal likely will have the chance to prevent a government from taking the UK out on those terms in defiance of Parliament.

It is in the existence of such a majority where the causes of complacency breakdown. While on paper a large majority of parliament opposes a No Deal Brexit, such a majority did not manifest on June 12th.While the failure of the vote on that day has been ascribed both to the existence of a Tory leadership contest limiting government defectors, and the name of Jeremy Corbyn at the top of the motion, ultimately the motion did not fail for lack of defectors, but through abstentions. When the Cooper Amendment passed,the vote was 313-312. By contrast, Wednesday’s vote was 309-298. The government side lost three votes from the Cooper division, but the other side lost 14.This highlights something often missed, namely that it does not require active sabotage to “lose” votes, only inaction.

In particular, while only 8 Labour MPs voted against the motion, a further 14 did not vote. Obviously more Conservative Mps might defect in the event of No Deal, but the certainty seems to be that less, not more Labour MPs would also vote to block it. But the reality is that Labour support for No Deal, or at least No Deal Brexit in preference to No Brexit, is suppressed by the whip and leadership rather than increased, regardless of charges that Corbyn is not sufficiently supportive of Remaining or a second referendum.If the Labour leadership were to officially whip against No Deal, but let it be known that consequences would not be severe for those who missed it, they could very well require 20 or 30 additional Conservative defectors to pass anything.

The question my readers will likely be asking at this point is why would Corbyn or Labour do this? The overwhelming majority of the party oppose Brexit, much less a No Deal Brexit, and officially so does Corbyn. It would be economically devastating and highly divisive. Yet when you look at the matter strategically from the perspective not of someone who supports Brexit or is even entirely indifferent to it, but someone with greater priorities on the left, the real question should be why shouldn’t he? Corbyn has always been an activist and his agenda has been to move Britain to the left. People have focused too heavily on how this applies in a policy sense, but to do so is to apply a liberal outlook to a Marxist or revolutionary strategy.

A true Marxist, or even a non-Marxist revolutionary or power politician would see power in society not in terms of legislation, which is dependent on institutions which are fundamentally reactionary and opposed to their goals, but rather in terms of institutional power itself. For Corbyn,what matters is not what individual policies the Labour party endorses, but the power of the left within the Labour party. As such, Brexit or anti-semitism or anything else do not matter on their own merits, but because they lead opponents of his agenda and mission to purge themselves from the party thereby removing themselves from relevance. That has been the fate of those MPs whole left for Change UK, and despite the media backlash over the expulsion of Alistair Campbell, those like him no longer wield influence. The “right” of the party is now represented by Tom Watson.

The same is true of the approach to the country. Changing taxes is nice and all, but the real institutions are the business community,the banks, the media, and ultimately the Conservative party. Those are the institutions which obstruct Corbyn’s desired outcomes and always will,regardless of whether he is in office or not or the UK is in the EU or not. Brexit is currently destroying all of them, and a No Deal Brexit carried out bya Conservative government, especially one bluffing and expecting Corbyn to save them from the successful execution of their own policy, has the potential to destroy them all. The media is heavily invested in the myths of No Deal, and the economic elite alienated from their natural home in the Conservative party.If No Deal were to actually occur, it would potentially shatter that alliance.If it ended after a few weeks with Britain humiliatingly surrendering by signing a modified withdrawal agreement, the Tories would face both the fury oftheir former Remain supporters and the angry cries of betrayal of their Brexiteers. By contrast, being forced to accept an extension would leave them in a worse situation than now. Quite simply, the Conservative party could not just  survive but possibly win an election triggered by parliament blocking a No Deal Brexit but would be destroyed by Parliament failing to stop it. The destruction of the Conservative party would almost certainly be worth any Brexit to Corbyn.

It is true Labour has taken a beating as well, but whereas any Brexit would worsen the problems of the Conservative party it would actually help Labour. The major reason for Labour’s loss of support is the failure to back a second referendum or revoke. If a No Deal Brexit were to actually occur,this would no longer be on the agenda. Punishing the Tories would be. Corbyn’s losses have almost all been about his Brexit policy, not personal, as illustrated by the decision of Remain Labour voters to flow to the Liberal Democrats rather than following Labour rebels to Change UK. There is no reason to believe they would not be won back at some point, and if not, 2017 demonstrated that with Brexit off the table, Corbyn can win UKIP votes. A party spectrum with the Liberal Democrats on the right is not a bad advance for his cause.

Hence Corbyn has many reasons to desire No Deal Brexit to go through, provided the government takes the fall. This is not as hard as it may seem. While political insiders will scream at his duplicity, ultimately it will be a Tory leader elected on a platform of No Deal with a daily reiterated intention of leaving the EU on those terms who will be carrying out the policy. In addition, it would likely be accomplished by simply allowing Labour leavers who want to vote for any Brexit to do as they desire anyway, rather than by whipping anyone to vote against their convictions. In effect, Corbyn does not need to take action to allow no deal, merely fail to.

By publicly announcing an intention to pursue No Deal while secretly trusting in a Labour party led by Jeremy Corbyn to block it, the Conservative party and their allies in the elite are playing with fire. Their complacency may very well see them burned.