The "Soft Brexit" myth: If "Hard Brexit" is off the table, the UK should withdraw Article 50 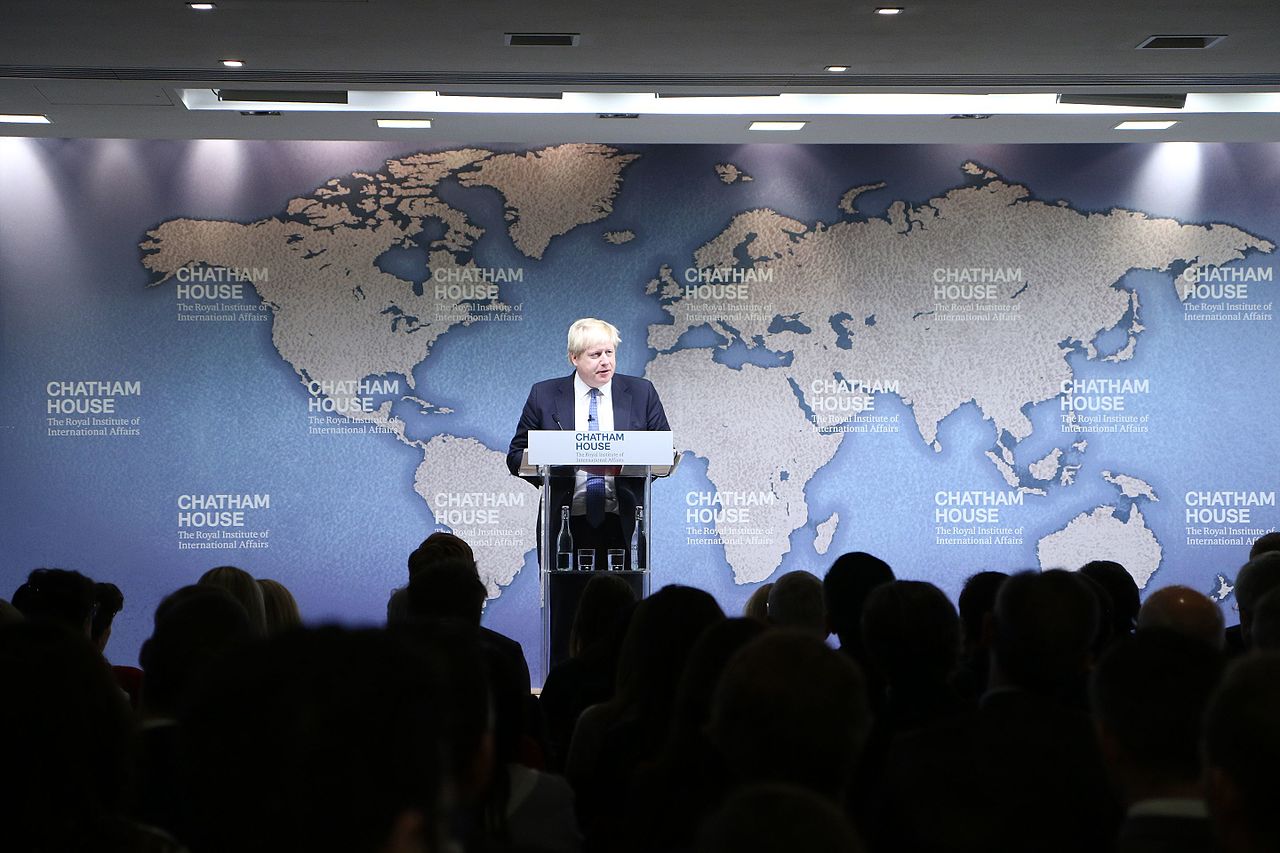 Amidst all the talk of a “hard” “soft” or in-between Brexit, what has been remarkable has been the lack of serious discussion of the prospect of No Brexit at all. Yes French President Macron raised the prospect, noting that Article 50 could in his view be withdrawn, a prospect real enough that it forced the EU Parliament’s lead negotiator to try and “correct” the French President by arguing that any such withdrawal would potentially come with the loss of Britain’s opt-outs. The prospect was then raised again this week by Donald Tusk. Yet within British domestic politics the prospect is barely discussed. The Liberal Democrats, the most Pro-EU party in the country, only went as far as to promise a second referendum, and their embarrassing performance on June 8th is seen as discrediting that idea. Both Labour leader Jeremy Corbyn and Prime Minister Theresa May remain dedicated to respecting the will of the people, whatever that is.

This is increasingly striking as it becomes apparent less than a week into negotiations that there quite simply is not much to talk about. The UK government, having declined to guarantee the rights of EU citizens post-Brexit as a bargaining chip, rapidly found that their European counterparts had no interest in bargaining. The initial UK offer on Monday was brushed aside before it was even formally presented, and London’s subsequent efforts to in effect offer EU citizens similar rights to UK citizens with some face-saving concessions in terms of arrival dates have also been rejected. The EU sees the current status of EU citizens resident in the UK, which in some cases exceed those of natives, for instance EU citizens an bring spouses into the country without meeting the 18,500 income limit set by the British government, as being the minimum. Dangerously for London, Brussels also seems to see rights in the hypothetical. The right to reside and work in Britain is not something possessed merely by EU citizens currently resident in the country but a right accruing to every citizen of every EU state should they chose to exercise it. As such, anything that restricts the right of any EU citizen to come and work to Britain after any date is seen as a concession, a position so foreign to British negotiators that it all but renders the process meaningless.

The status of EU and UK citizens resident abroad has been set as a prerequisite for further discussion on other aspects of any future relationship, but this in turn has fed a further delusion, that it is merely an obstacle on the path to the promised land of a “deal.” There is no reason to assume that Brussels intransigence on citizen rights is an exception to, rather than indicative of, the EU’s general attitude towards the process. Driven by a different understanding of the status quo, the EU has adopted a position where it already possesses all current rights existing within the status quo, while the UK by leaving, starts with nothing, an attitude that would make the most intransigent Israeli nationalist proud.

The important point, however, is that the EU can afford to adopt this attitude. The British position is decidedly weak, not only economically, with a service based economy highly vulnerable to retaliation within Europe, but also politically. For all Theresa May’s talk that “no deal” might be better than a “bad deal” there is little evidence the public is behind her. That is partially a consequence of the recent election, but even had it gone differently and produced a large Tory majority, the situation would not be greatly changed. If there was a UK government with the full backing of a population that having been informed of the ramifications of “hard Brexit”, was willing to shoulder the pain in preference to a bad deal, Brussels might have an incentive to take the threat seriously. But the Conservatives(and Labour as well), by never specifying exactly what the consequences of such a course would be or the price that would have to be paid, ensured that no matter how they voted, the British electorate could not provide a mandate for such an approach. And having done nothing to prepare their population for a massive reduction in the standard of living, an exodus of capital, and substantial restrictions on travel, the EU understands that no British government can risk foisting those consequences on the electorate out of fear of its wrath.

The election has made the situation worse. Ironically, this is more a side effect of how Labour succeeded rather than a consequence of May’s loss of a majority. Labour won on a campaign that focused on public sector cuts, and that result has made clear to Brussels that the UK electorate is in no mood to stomach further austerity. If they are unwilling to stomach caps in public sector salaries, how on earth can they be expected to react to the disappearance of EU subsidies, the removal of EU agencies, and the further austerity exceeding anything seen over the last seven years that would follow the collapse in tax receipts following Brexit? The British position is bluff, not because Theresa May or David Davis do not think that “no deal” might not be better than a “bad deal” but because the British electorate will not accept “no deal”.

This in turn means that the British government needs the EU, far more than the EU needs the UK. As is demonstrated by the discussions over citizen rights, the consequence is that the British government will always crumbled and the EU has no reason to talk. By forgoing an “off-the shelf” proposal like EEA, London is likely to end up with a much worse deal, not least because the EU is now interested in the UK leaving so that its assets can be redistributed internally. There are already plans afoot to move the EU parliament from Strasbourg and to offer the European Medical Agency, currently based in London as an inducement. The EU is interested in these talks not merely to “punish the UK” but also because it can spend what it extracts internally.

Because British assets are already being used as bargaining chips in internal EU politics, any effort to exploit differences within the EU by British officials will be foredoomed. The simple fact is that the EU can outbid the UK because the currency they are dealing with are the UK’s assets, and the UK government, unlike the EU, has to face the British voters.

Where does that leave the UK? The debate over a “soft Brexit” is pointless for one thing. The EU will not offer any “soft” option because it has no reason to. As is demonstrated by the fight over citizens, it can get what it wants without conceding anything. The UK may get access to the single market but only at the cost of accepting every other burden of EU membership, including paying into the budget indefinitely, perhaps at an even higher level than before with the rebate gone. It will also find itself getting far less for its money as it is stripped of EU agencies and assets, and the EU tries to force UK based firms to sell to EU investors.. All of those harms would also accrue with a “Hard Brexit” but at least the UK would maintain control of its borders.

The alternative to “hard Brexit” then is not “soft Brexit” as “soft Brexit” cannot deliver on any of the promises of the Leave campaign whatsoever. It is rather to withdraw Article 50 and to play on the desire of many Europhiles to welcome bad a prodigal son, many of whom loathe Juncker(Macron) in any case, against the Eurocrats who are busy selling off Britain’s assets in a fire sale. A withdrawal of Article 50 would not be cost free; the UK would almost certainly have to concede on some things. But it is likely that London would be able to preserve some of its opt-outs, not least because with the EU moving to sanctioning Hungary, Slovakia, Poland, and the Czech Republic over their failure to take in their quota of refugees, there are a number of countries with no desire to set a precedent by which Brussels can alter the terms of membership. That would be infinitely preferable to “Soft Brexit”.

Furthermore, the UK could actually try and utilize some of the powers the EU allows members to regulate the free movement of individuals including deporting those who cannot secure jobs within six months. This was never utilized because it would have required tracking entries, but as May and the government are proposing national ID cards for all EU citizens resident in the UK from next year in any case, it should not be hard, and that could be sold as having won a concession.

I was not a fan of the EU and highly ambiguous on the referendum. I very much wanted out of the EU project, but also believed leaving was functionally impossible. If anything, the last 12 months have reinforced that outlook. If Hard Brexit is off the table, the only responsible option is to have a serious discussion about withdrawing Article 50. Not because the EU is a good thing, or young voters saw their “futures stolen” or anything like that, but merely because it is not possible to leave in fact as well as name, and Britain is headed to an outcome that is the worst of all worlds.