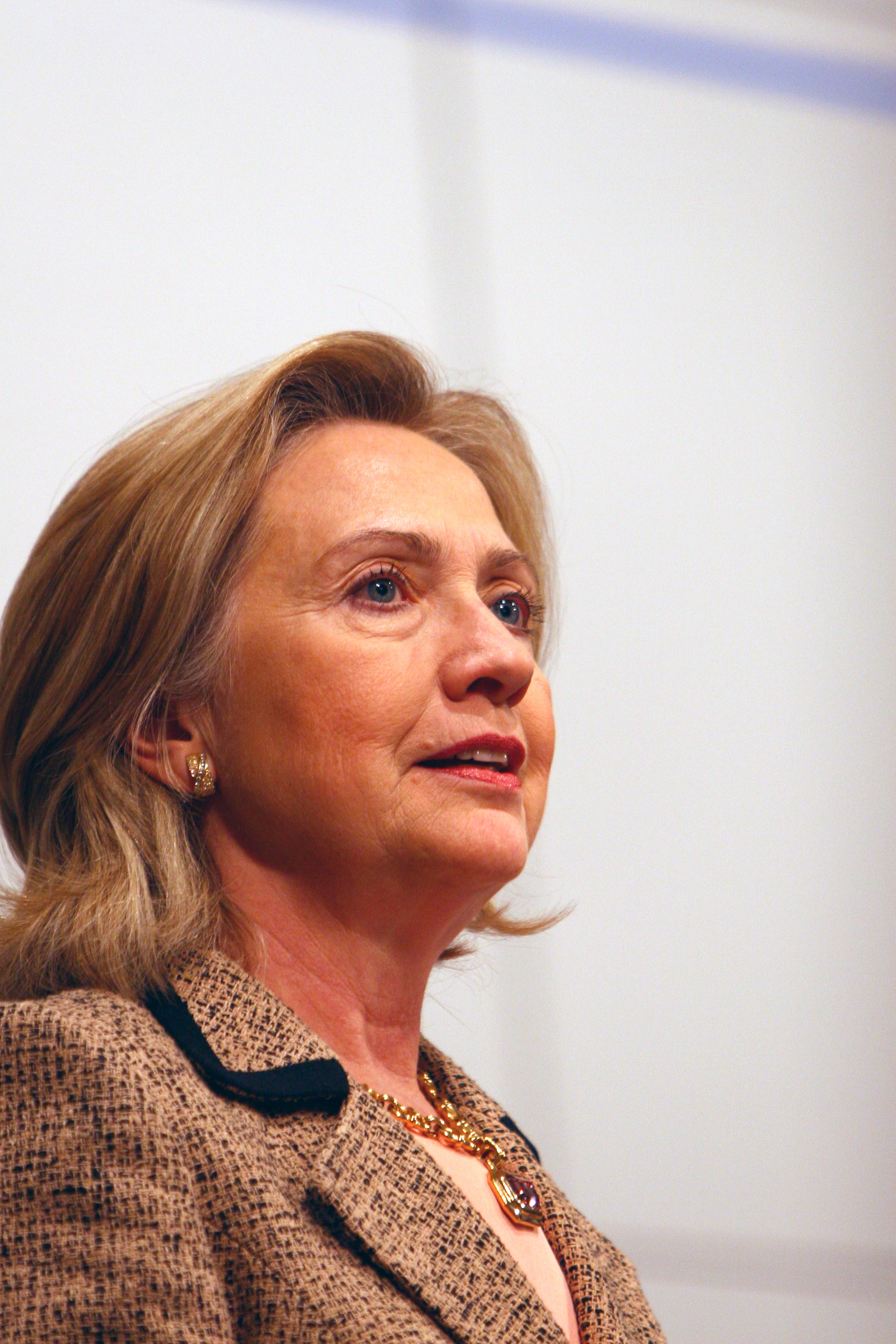 With the benefit of hindsight, Presidential elections often appear to have a narrative logic to them, in which events which may have appeared random at the time are fit into an overarching linear order leading inexorably to the outcome we know occurred. Hence the 2012 election, which in May appeared to be about same-sex marriage, in June to be about Democratic infighting, and in July about foreign policy, ended up becoming about the discipline of Obama's campaign and the inability of the patrician Mitt Romney to connect with average voters.

Without a doubt the same will happen with 2016. But on a day to day level, the fog of war is if anything greater. The Clinton team has showed far less interest in setting a narrative, or even really providing one, than their Obama predecessors, while Trump has seemed unable to stay on message, even when it is his own. Hence we have controversies that arise only to be forgotten. We had Trump's battle with the parents of a Muslim Gold Star recipient after the Republican National Convention, which was supposed to doom his campaign, followed by a discussion as to whether or not Russia was behind the hack of the DNC's email servers and whether Trump may or may not have encouraged them.

The fact that Trump's errors have been forgotten after a week or two, while Clinton has had much greater difficulty shaking hers, goes a long way to explaining why the election is still as close as it is. It is a testament to the fact that as erratic and random as Trump himself often seems to be, there is a fundamental theme and message that unites the various attacks on Clinton - namely that she is entitled and believes the rules are for little people, not for her. This has allowed issues as diverse as the State Department emails, the influence of donors to the Clinton foundation, and the actions of the DNC to be united into an overreaching narrative, which each individual story advances while also restoring previous ones to relevance. By contrast, as disciplined as Clinton's effort has been, the Democrats have never settled on a specific attack on Trump. At various times Clinton has veered between suggesting that Trump is a dishonest opportunist who believes in nothing he is saying, a mentally imbalanced individual who has no idea what he thinks, and more recently that he is a right-wing extremist with disturbing links to racists and neo-fascists. As effective as any of these lines might be in isolation, and there is plenty of evidence for all three, the fact is they are mutually exclusive. If Trump truly is scamming his supporters, then he likely is not himself a right-wing extremist with fascist views. The latter presumes he means what he says, in which case voters who believe that the only chance of anyone doing anything about illegal immigration or American commitments abroad is to take a gamble, are effectively being told he is the choice for change. The mentally imbalanced line, perhaps superficially the most convincing to undecided voters - after all, who wants a madman in charge of nuclear weapons? - appears to have been dropped in favor of mobilizing specific constituencies. The result has been a series of disconnected controversies, each of which brings forth its own anti-Trump message which is then promptly forgotten along with the controversy.

Ironically the current controversy over Hillary Clinton's health has actually superseded a clumsy effort by Clinton to reinforce the "Trump is an extremist" line in a speech on Friday in which she referred to Trump's supporters as belonging to a "basket of deplorables." While some in the media defended the remarks as being by and large accurate, the odds are that in the long run the attack would have backfired. Clinton's argument would have been forgotten by the time of the debates if not before, but her words would have been remembered, to be resurrected in attack ads, as Trump has already done. As it was, Clinton stepped on, or as it may be more accurately described, collapsed on that message when she appeared to fall over at a memorial this weekend commemorating the fifteenth anniversary of the September 11th attacks in New York City. The images of Clinton being carried off by staff have started what even some in the media concede is a frenzy.

There are two arguments about why Hillary's health matters politically. The first is that it is a fundamental matter of honesty. There is some merit to this argument, at least insofar as the fact that Trump has been making references to Hillary's health for some time, and this can be perceived as vindicating or at least legitimizing those concerns. It also fits within the overarching Trump narrative that Hillary is secretive and believes the rules don't apply. But it strikes me that there is a limit to how much this can be milked. For one thing, health concerns are personal, and if Hillary Clinton's condition is not serious, the story will be undermined, while if they are serious enough to compromise her ability to serve as President, the reaction will overwhelmingly be one of sympathy. In the former case, Trump will gain limited benefit, while in the latter, he will suffer a backlash, even if Hillary herself is not able to benefit from it directly.

As for the question of whether or not concerns over Hillary's health will change the behavior of voters, here I am more skeptical. I have heard it suggested that voters who value strength will be concerned about Clinton's ability to handle the long hours and highs stress of the Presidency. I can buy this argument. Where it runs into trouble in my view is on the comparative, namely while these concerns would lead those voters to support Donald Trump. In order for voters to shift to Donald Trump over concerns over Clinton's health, there would need to be a substantial number of voters for whom Donald Trump is an acceptable President but who nevertheless currently prefer Hillary Clinton. It appears doubtful such a group exists outside of Trump's immediate family. Polls have shown that fewer than 3% of voters have a favorable view of both candidates, and as such it is unclear that there is a large number for whom preferences run Clinton >>>Trump>>>>Tim Kaine.

That brings up an interesting point, namely whether Hillary's inability to carry out the duties of the Presidency would create uncertainty as to what voters would get if they elect her. There might be merit in such an argument if any such uncertainty exists, but the reality is that there is almost none in American law or precedent. With ballots already printed, it is too late to alter them in many states for a different candidate, nor does that particularly matter. Voters do not vote for an individual for President but rather for a slate of electors, and there is no requirement that Hillary Clinton even be alive in order for votes for her electors to be valid. Precedent exists for this from the 1872 election when Democratic nominee Horace Greeley died after election day but before the electors convened freeing them to vote for his Vice Presidential candidate or anyone else of their choice.. At the time it did not matter as Greeley had lost badly. That would not be the case today. Almost without the slightest doubt, Clinton's replacement would be her running mate Timothy Kaine, not least because he is already listed on the ballot next to her, and thereby his selection would not raise the thorny legal question as to whether local elections officials would be allowed or required to place stickers on ballots to inform voters of a different replacement. Furthermore, any effort to reopen the nomination to other candidates, Joe Biden, Bernie Sanders, or Elizabeth Warren for instance, would imply that the nomination could have gone to any of them, creating anger among supporters of the individual not selected. There is therefore almost no doubt whatsoever Kaine would be picked.

That is also because Clinton, in picking Kaine and bypassing more untested choices like Julian Castro, Sanders or Warren, chose someone almost everyone in the party is comfortable with as President. Kaine is a former Mayor of Richmond, chair of the Democratic National Committee, Lt. Governor, Governor, and Senator from Virginia. Politically, he is a white male southern democrat, perhaps more at home in the Democratic party of 2006 than that of 2016, but while many Democrats might prefer Clinton or Sanders to him, it is doubtful any would fail to find him a viable alternative to Trump, especially when many, such as non-whites, would vote for a generic democrat in any case. At the same time, his very inoffensiveness makes him more attractive to Republican leaning voters currently aligned with Johnson or even Trump. It is hard to see how his insertion would cause disquiet with anyone other than the media and dead end Bernie or busters.

The combination of the acceptability of Kaine and the likelihood that Clinton will recover at least enough to continue the campaign should mitigate the impacts of this particular issue which will likely be forgotten following the first debate. This is not to say Clinton is out of trouble or Trump has no shot. but this controversy is more of a testament to how poorly informed the average online reporter for Vox is than to actual problems raised.