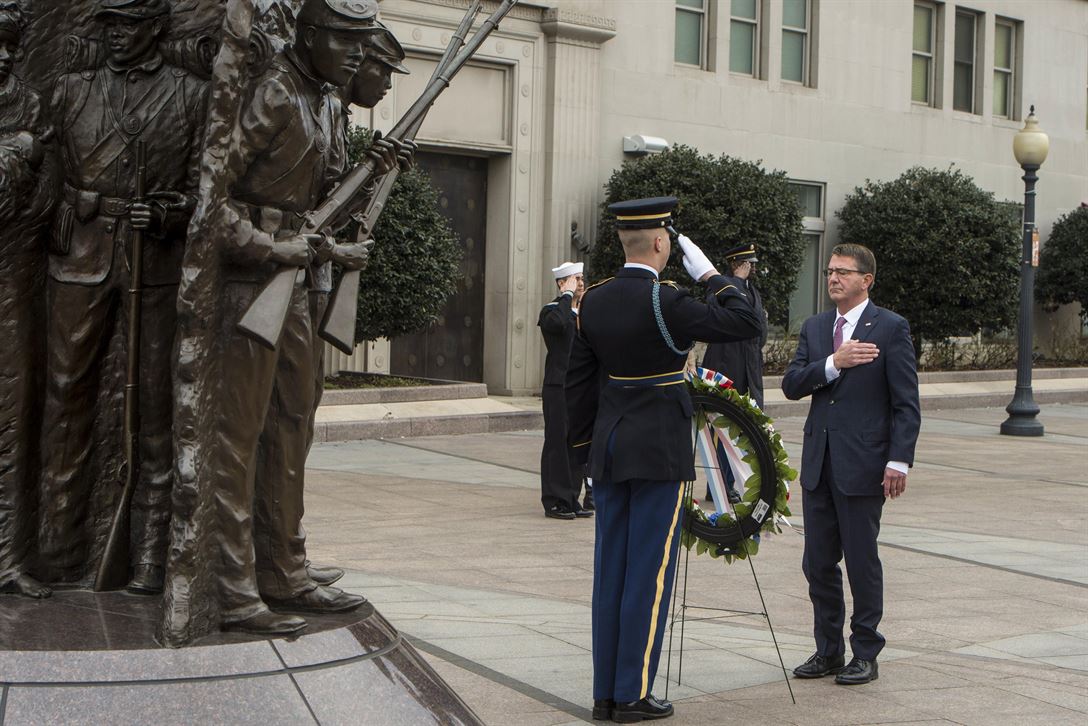 It is easy to critique any public figure who discusses history as there are very few efforts to place history in perspective. Rather, it is a tool for moral lessons in the present. Nowhere is this more true than with the Civil War. A few decades ago, the heroes were those like Henry Clay and Daniel Webster who tried to forge compromises. Later, Andrew Jackson's willingness to use force against John C. Calhoun and the state of South Carolina was seen as a lone act of bravery, which had there been more of in the 1850s instead of the gutless appeasement of Southern Fire Eaters by the Pierce and Buchanan Administrations, could have avoided the war entirely. Today even that is unacceptable and the only heroes are the ones on the other side who also refused any compromise in the face of the evil of slavery no matter the cost.

The reality is that the interests of both sides were irreconcilable. Southern concerns were entirely about slavery at the same time they were entirely about the constitution. For Southerners the constitution was explicitly not a recipe for the tyranny of a majority, but a bargain in which the majority accepted that it should not overrule minorities on issues of existential importance to them. Regardless of their long term views on slavery(some like Robert E Lee or Patrick Cleburne thought it was doomed and should be disassembled) almost all Southerners believed that the resolution of the issue was of existential importance to the South, and therefore one on which a purely Northern majority should not be able to impose its will. In 1860, the Republican party was elected on a platform of deliberately rejecting the 1857 Dred Scott decision(a travesty in and of itself on legal, moral, and political grounds, especially for the South) and implicitly thereby the authority of the Supreme Court and Constitution. As such, the choice was between a government which rejected both the Constitution that bound the common state together and their rights within it.

On the other side was an equally powerful belief that the majority must be able to govern, and that irrational Southern abuse of its vetoes had not just paralyzed the government on the slavery issue but on issues entirely unrelated. Southerners had not just blocked the organization of Western territories, but also the construction of a Trans-Continental railroad which they believed would further increase the disparity politically by encouraging western growth. The most moderate Northerners, not just Republicans but even Stephen Douglas were determined not to accept Southern vetoes as absolute, even if they were willing to "take into consideration" Southern concerns. Lincoln promised Southerners he would do nothing to infringe on slavery where it already existed. In exchange, however, he demanded recognition of his right to do so if he so chose.

There was a powerful moral case, one which has swept slavery away from every country on Earth in 1860 except for the USA and Brazil. But abolishing it unilaterally was a fringe position in 1860. The war was fought not over whether to outlaw it in 1860, but over whether a hypothetical future national government might be able to do so. It was perhaps possible to avoid fighting a war over abolishing slavery; every other country managed it. But that was because there was no doubt that governments wielded the authority to do so. There was no way, with two different understandings of government, for the United States to avoid a war or a division over whether the Federal Government could do so.This battle line was drawn not by Abraham Lincoln and Jefferson Davis, but rather by Stephen Douglas and President James Buchanan in a confrontation over the Kansas-Nebraska act, in which the ghost of Andrew Jackson, far from being banished, possessed a hold over the thoughts of both men.

President Buchanan: “I desire you to remember that no Democrat ever yet differed from an administration of his own choice without being crushed….Beware of the fate of Tallmadge and Rives,”(Two Senators who had defied Andrew Jackson)

Douglas riposted: “Mr. President, I wish to remind you that General Jackson is dead, sir.

I wrote a bit more on this over a year ago.