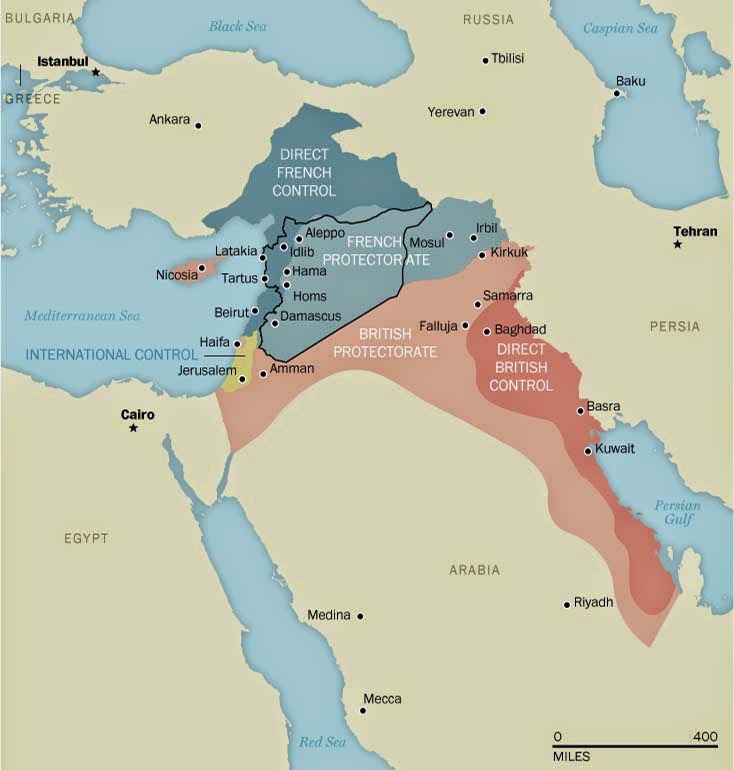 I used to be a fan of Robert Fisk. His work on Lebanon helped to spark my interest in the Middle East, which led me to my academic career at St. Andrews and the LSE. But with progress came wisdom, and ability to see the flaws within not just Fisk's work, but that of most of the new generation of Western "Orientalists". I use the term"Orientalists" not because they meet Edward Said's definition; one of the first things I learned is that Edward Said, a literature professor, knew little of the actual history of the regions he wrote on, and cared even less. Rather I use the term because these journalists to an extent shared with Said the combination of being well-informed about the people, places and events of the present, but lacked any sort of long-term perspective which would allow them to differentiate whether what they were being told was a load of bs or not.

This generation of journalists and authors mostly left the safe preserves of London, Chicago, and Boston during the 1970s, and often cut their teeth as free-lance correspondents in Beirut during the darkest days of that country's civil war in the early 1980s. Arriving in the midst of a period of proxy wars - between Syria/Iran and Iraq in Beirut, Israel and Syria in southern Lebanon, and a hot war between Iraq and Iran, they entered a world of suffering where their natural sympathies lay with the "victims". The "victims" tended to be the weaker parties in the mid-1980s, the Palestinians and Druze in Lebanon, and their victimizers were the Israelis, the Syrians, and the United States which backed the christian Lebanese government.

This was not, as many on the American right or Efraim Karsh have claimed, because they were biased, or inherently left-wing, though the type of person who would work freelance in a warzone tended to overlap closely with left-wing views. Rather their views were product of the time they arrived. Fisk and others like him, by arriving in the 1980s rather than during the lead up to and first years of the Civil War in the 1970s, arrived when the Palestinians and Druze were by and large victims; they missed the extent to which the Civil War was the consequence of an attempted overthrow of the state by Palestinians and their left-wing allies who wanted to turn the nation into an offensive platform against Israel. The Christians and Sunnis, who had made concession after concession over the decades were victims of a deliberate campaign of ethnic cleansing that they survived only with aid from Syria. When Syria switched sides after Israeli-Palestinian Peace deal in 1978, they were faced with annihilation. Yet in 1982 they were at their least sympathetic, responding to the assassination of the Lebanese President Bashir Gemayel with an invasion of the Palestinian Refugee Camps of Shatila and Sabra in which several hundred lost their lives. As a consequence, when Fisk arrived he saw one-side of the story, and as the good, left-leaning Englishmen he was, sought out the leaders of that side who happily told him information that confirmed his initial impressions.

As a consequence, when one reads Fisk's reporting, more often than not what they are actually reading is the words spoken by one of his informants. This becomes breathtakingly apparent when one reads Fisk's most recent and widely shared piece in the Independent, provocatively entitled The old partition of the Middle East is dead. I dread to think what will follow. It rapidly becomes clear to any reader that the person doing the dreading is not Robert Fisk at all, but Walid Jumblatt, the Lebanese Druze leader, who is dedicated foe/ally of Israel/Syria/Hezbollah, oh never mind. In any event, Fisk presents him as an authority:

“Sykes-Picot is dead,” Walid Jumblatt roared at me last night – and he may well be right.

The Lebanese Druze leader – who fought in a 15-year civil war that redrew the map of Lebanon – believes that the new battles for Sunni Muslim jihadi control of northern and eastern Syria and western Iraq have finally destroyed the post-World War Anglo-French conspiracy, hatched by Mark Sykes and François Picot, which divided up the old Ottoman Middle East into Arab statelets controlled by the West.

Jumblatt argues that the current borders and divisions of the Arab World are caused by the partition between Britain and France after the First World War. This is not a position unique to the Druze leader; it is the type of fashionable to believe claim that college graduates in the United States and Europe will announce to friends in an effort to prove that they are in fact following current events, and hey, they once took a history class. Which is why it is no surprise to see the idea popping up everywhere on sites with bored "content writers" with Masters degrees in International Security/Relations, who believe that name-checking agreement 80 years ago somehow makes them profound.

Let's take the Syrian/Iraqi border, supposedly an artificial boundary imposed by the Europeans after the First World War. A look back at history reveals that the Sykes-Picot line wasn't very original, as it more or less follows the lines that historically have represented the Egyptian/Hittite, Israelite/Assyrian, Roman/Persian, Fatamid/Abassid, Mamluk/Mongol, and Turkish/Persian borders. In fact, looking back to 1800 BCE, there are only about 450 years in which modern Syria and modern Iraq have been under the same government, running from around 640-850, 1054-1096, 1517-1607, 1632-1732, and 1749-1918. As for Egypt, it was united only in the earliest and latest of those periods listed, and always enjoyed substantial autonomy. There was never, at least with exception of the first two centuries of the Caliphate, when a single government or state governed these territories.

One reason for this is that the border makes sense. Largely arid, the borderlands of Iraq and Syria are almost uninhabited, making the movement of an army from Cairo to Damascus, or from Istanbul to Damascus logistically easier in the pre-modern period than moving troops between Baghdad and Damascus. This is precisely why approximate line of the present borders has been the traditional stopping point of Empires, the place where Roman military superiority over Persia was checked by logistics, as was the Mongol invasion of Syria in 1260. Rather than being artificial, the Syrian/Iraqi border is along with the Alps, Himalayas, Pyrenees, one of the most logical borders in the world.

Take a look at the borders of Ancient Egypt

Notice anything? Their Eastern border is almost exactly the same. To the extent artificial borders exist, they are the borders between Egypt and Syria, with the latter generally being united with the former during periods of strength. It could be said that European pressure and the presence of Israel prevent this dream from being realized, but the reality is quite different. In 1958, when Egypt under Nasser was at its politically strongest,there wan effort made at uniting Syria and Egypt in the United Arab Republic; it collapsed within three years when Syria withdrew, its elite feeling disenfranchised. As for the union with Hejaz, the coastal strip of Arabia which has traditionally been unified with Syria, the intention of the British was to reunite the regions not divide them. This was the motivation for their decision to give the thrones of Jordan and Iraq to the sons of Sheikh Hussein, the ruler of Medina. Unfortunately for Hussein, he was driven out of his ancestral lands by the Saudis.

Finally, there is something that will be noticeable to anyone who looks at the map at the top of this article; the Sykes-Picot agreement assigned Mosul to France. This part of the agreement collapsed in the midst of an Arab revolt in Syria precisely because it proved logistically impossible to make those borders work.

So why, with Iraq collapsing is everyone insisting on bringing up old treaties that no one in the region remembers or cares about and have long since been repudiated? Partially it is the ideological myopia of Western educational teaching about the region which stresses the role of Western actors, the British and French in the Arab world, US involvement in the overthrow of Iranian Prime Mossedeq in 1953 to the exclusion of actual factual investigation. One of the great ironies of Said's work is that it became a self-fulfilling prophecy. When Said wrote Orientalism, what he presented was a stunningly ill-informed and myopic portrayal of a Western academic discipline which at the time emphasized linguistic skills and the use of primary sources. Today, Middle Eastern studies departments have been redesigned in response to the criticisms made by Said and others with the result that they now almost exclusively focus on presumed Western maleficence against the Islamic world, with the result that almost every major event in two centuries is ascribed to Western influence. Even Nasser's 1952, at the time seen as as the birth of a new Arab nationalism, is increasingly presented as a CIA plot. The result has been to produce an even more Western-centric portrayal of the region.

This has impacts even on the ground, with Western-educated local elites like Jumblatt embrace the idea that the West is secretly in control of every force and behind every event. The negative impacts of this could be on display in Egypt where people simultaneously believed that the US was both behind the Muslim Brotherhood and the Coup that overthrow their rule.

There are real reasons for the current collapse of the Iraqi state, but they have more to do with local factors such as the effective exclusion of Sunnis outside of Maliki's personal cronies from the political process since the 2010 elections, despite their party winning the most votes, than it does with the borders of the state. Even in the event of a victory by ISIS on the battlefield, a union with Syria is non-viable in the long-run. Despite the gains that technology has made, Mosul is far more vulnerable to attack from the North(the Kurdish territories and Turkey) and the South(Iran) than from the West. This is already becoming clear, with Iranian Revolutionary Guards moving into Iraq, and Kurdish forces advancing in the north. The Sunnis have a clear reason to want rid of what is effectively a Shia government with bought off Kurdish and Sunni associates; but the scale of what is going on is being exaggerated. And it has nothing to do with artificial European borders.