On Demonization, "Elites", and Jo Cox 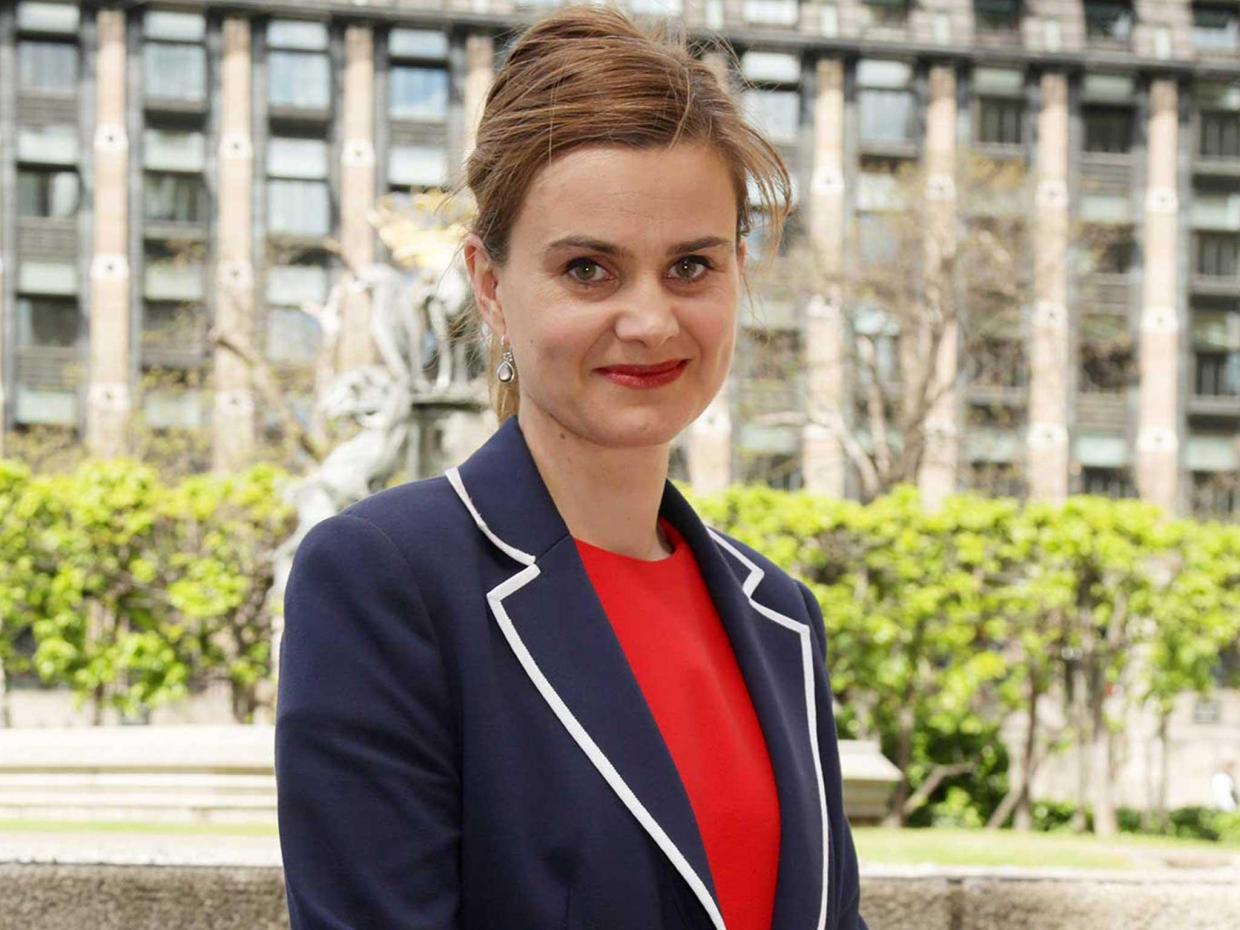 Two days ago, Jo Cox, the Labour MP for Batley and Spen was murdered at a constituency surgery. Unlike in the United States, where politicians above state legislators are usually unapproachable outside of scripted appearances surrounded by staff, British politicians hold weekly sessions when any member of the public in their constituency can approach them. This greater engagement with the electorate has not prevented a perception that British politics is inherently more "elitist" than the American variant, with both parties accused of being dominated by small cliques of socially homogeneous individuals no representative of the demographics or views of the majority. To an extent, this charge is justified insofar as it relates to the party leaderships, which given the nature of the British system matter more. Private school students are overepresented in the current cabinet, and when one excludes graduates of state grammar schools, individuals who attended state comprehensives make up a minuscule portion of the elite while encompassing more than four fifths of the population.

There are real concerns about inclusion here. But there has been a tendency in British politics to take such concerns and to reduce them into political slogans. Eton College, where I have had the honor of coaching student debating has been a particular victim of this. Eton, which both the Prime Minister David Cameron, and the former Mayor of London, Boris Johnson has attended has long been a particular target for the left, with "Etonian" used as short-hand for elitist. This has reached absurd levels, whereby the Chancellor George Osborne and Secretary of State for Justice, Michael Gove, have both been refereed to as "Etonians" despite never having attended the school. This sort of liberalism with the truth might be amusing if the nature of the charges were not so vicious. A byword for "privileged elitist" in a world where in political discourse "privileged elitist" has taken on the same meaning "Jew" held a century ago - wealthy, parasitical, a financier in service to a globalist financial elite with no loyalty to their country or people - the word is used to suggest that those implementing government policies on health, education, or welfare are not merely wrong but malicious traitors. It has been impossible to attend a left-wing protest over the last few years that has not included signs which at their most mellow carry phrases such as "Go Back to Eton", and at their worst are unmentionable. That the targets of these signs, genuine Etonians, are boys aged 13 to 17, tends to escape those expressing the slogans, much as the idea that Jews were individuals. Ironically, even if someone brings this to the attention of the perpetrators they would likely respond with a defense of the accuracy of the stereotype pointing to the actual prevalence of wealthy teenagers at the school. But just as the existence of Rothschilds did not mean all Jews were bankers, to the line assigns a political responsibility regardless of individuality.

I bring this up because Jo Cox was murdered in the midst of a political campaign where the ground sowed by both sides of the political spectrum, the left against "economic elitists" - bankers, Etonians, public schoolers generally, and the right against "cultural elitists" - the suggestion that the left looks down and shows contempt to ordinary people, not to mention hopes to replace them through mass immigration - united against the government. Much has been made of how the referendum campaign revealed that the voters trusted no politicians. But the opposite was in fact the case. The electorate responded as it had been taught to to do for more than a decade by believing all of them. Voters accepted that they faced treachery by both "economic" and "cultural" elitists, and unlike in a general election where they had no choice but to chose the lesser evil between the two, in the referendum they had the option to reject both of them. It is true that much support for the Leave side on the Right comes from concerns over immigration which have been fostered by Conservatives for years. But it is equally true that the supporters of Brexit on the Left, 38% of 2015 Labour voters according to one recent poll, are equally motivated by the conviction that the "economic elite" - bankers, economists, business leaders, politicians - are all loyal to a global conspiracy rather than to Britain and that their warnings against Brexit are self-serving. It is no wonder then that having demonized bankers and business leaders for years, Labour MPs have found it impossible to make their supports care about what those figures think in a matter of weeks.

The result has been an effective peasants revolt, with the decision to hold a referendum in the first place the equivalent on David Cameron's part of Louis XVI's decision to summon the Estates General in 1789. Having concluded that the public were merely a tool to be used every five years and then discarded, the attitude of all governments of the last 30 years who take crushing losses in local elections as a given, the government summoned them once more, albeit this time without a clear agenda or script for how they were to behave. And the result was that given a choice to develop an agenda absent control of the politicians, that agenda would be to behead the politicians can hardly be a surprise.

Yes it is true that there are politicians too leading the Leave side. Nigel Farage is hardly a picture of populism as much as he would love to be, and Boris Johnson's embrace appears opportunistic. But the mistake the media has made, as well as the entire political elite itself has been to assume that the Leave campaign ever actually mattered. Everything done regarding the referendum, right down to the requirement that there be an "official" campaign showed both a determination that this referendum look like any other election, with two groups of politicians sniping at one another with the public forced to chose the lesser evil, and the delusion that the campaign could be controlled in that manner. The reality has been different. Leave's real campaign has been a grassroots uprising against the whole process including the campaign. Remain has charged that Boris Johnson's embrace of the leadership of the Leave campaign was opportunistic, and Leave voters have accepted that by separating Johnson's arguments, actions, and foibles from the cause and ignoring the official campaign in favor of their own deep-seated resentments. As a consequence, the campaign has gone off the rails for Remain. Attacks on Leave's political leaders do not work, because most voters assume that Johnson secretly supports Remain anyway, while that very suspicion means that attacks on politicians, all politicians are fatal to Remain which is seen as being the side of both the "cultural" and "economic" elites. Attacks on Remain help Leave, and attacks on Leave have also helped Leave.

Jo Cox died in the midst of this campaign against politicians generally. It does not look like she was a particular victim of one side or the other in the sense that her killer was linked to American Neo-Nazi groups, but the very climate that has developed is one in which anyone who wants to kill a politicians is encouraged in the belief that actually doing so might be popular. Cox herself managed to reinforce the negative stereotypes herself by taking part in the buffoonish "Battle of the Thames" where Remain supporters clashed with boats of Leave ones including fisherman protesting the impact of EU policies on their industry. Already the events, amusing to Remain supporters, had developed into a bloody shirt for Leave, proof that the "elites" viewed the concerns of Leave supporters as a joke, and the whole issue as a humorous exercise worthy of mockery. Had Cox lived, it is likely she would have faced personal political attacks which would have singled her out as a Cambridge-educated politician who took to the seas to mock the working class. The bullets of an assassin cut that Leave line short before it could take off.

Instead Cox is a loving wife, a devoted local MP, and the mother of two now orphaned young children. Her death is viewed as a tragedy by all. As a cause of fear and anger, but also as a cause for guilt by those who had already begun to run attacks targeting her role on the Thames. That guilt is certainly justified, but it also should not be isolated. Cox is not unique, not some sort of young, eager, and honest exception to a rule of self-centered, caricatured contempt and corruption among MPs. Most MPs try to combine a family life and a dedication to public service with their national role. If there are problems with the UK elite, they are almost certainly ones of drift, whereby the political class is too weak rather than too strong, and as a result sheer inertia carries all before it. And the EU, in fairness, has always been the master of inertia par excellence.

There are greater lessons here. A political discourse of contempt will inevitably produce  precisely that. And as much as the Right must undergo some soul-searching regarding immigration, especially how hostility to refugees and poorer EU migrants has manifested in economically and culturally self-destructive policies against non-EU migrants, including Americans, Canadians, and Australians which the Leave campaign claims it wants more of, the Left also needs to reflect on why no one cares when they warn their voters that 89% of bankers and CEOs think leaving the EU would be a disaster. Much less why they should listen to the Bank of England.

Because ultimately when you tell voters to listen to no one, they listen to their gut instinct. And when they do that, you end up with the manifestation of the ID of the first thought to pop into the heads of any voters. Namely someone like Donald Trump.