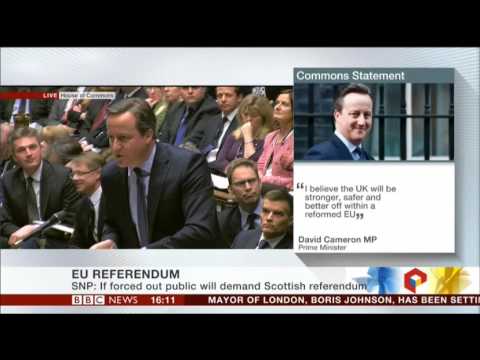 One of the easiest things to forget about politics is that politicians are individual actors motivated by individual interests. While some may have set beliefs, and represent ideological currents, far more often they represent interests rather than ideologies. The distinction is important, the failure to note it often even more so. How else to explain the seemingly genuine shock of Barack Obama when in 2009 not a single Republican supported a healthcare plan he had in effect copied from Republican proposals in the 1990s? He had failed to grasp that the vast majority of senators of both parties were genuinely indifferent to the details of the policy; they were most interested in how it affected them.

This sort of self-interested approach is occasionally derided as opportunism, but most often by its victims, those who made the mistake of treating other politicians not as individual human beings but rather as chess pieces and were horrified to discover those pieces had minds of their own. Nowhere is this more true than in the way David Cameron, perhaps at the strongest point in his leadership a mere three months ago, managed to find himself facing the greatest internal rebellion of his premiership. He sought to pursue a policy which threatened the vital interests of virtually every major faction of the Conservative party and then was shocked to discover that when threatened with political extinction, personal and ideological foes made common cause against him.

It is easy to say that David Cameron is in trouble over Europe or Welfare cuts. The former appeals to his media supporters since it makes him appear principled, sacrificing his political position in the name of saving Britain from a terrible fate. The latter appeals to anti-Conservative voices on the left because it implies that the government’s troubles are not merely the result of circumstance, but rather of a wider ideological shift towards the opposition. Both of these explanations are nonsensical. There is no reason why Labour charges that the Tories care little for the most vulnerable in society would suddenly resonate when they have failed to for six years. Furthermore, the European Union referendum has been run in the most cynical manner possible by Cameron. The campaign period was truncated, with the date announced a mere four months in advance with almost no warning nor internal logic. At the very least, waiting until after the American Presidential elections would have made sense, especially as the importance of American attitudes is explicitly recognized by the Prime Minister’s decision to bring the American President to London to campaign against leaving the EU.

It is clear that a decision was made to embark on the latter course, a program which had two distinct components. The first was to create an impression of inevitability. Tory MPs may not have been enthused about supporting Osborne, but MPs are always eager to support the next leader. Therefore, by creating the impression that Osborne had overwhelming support within the parliamentary party, it was possible to cause at least some of that support to materialize. This was critical as the Conservative leadership is decided in two distinct phases. In the first, MPs eliminate all but two candidates. In the second, those candidates go to the party membership. Reasonably certain that Osborne could not beat either of his leading rivals, Home Secretary Theresa May or London Mayor Boris Johnson in a membership ballot, another solution presented itself. If Osborne could ensure that neither of them made it onto the membership ballot, then he could avoid defeat at their hands. This is a dangerous game; it is always possible to lose to a non-entity. Kenneth Clarke somehow managed to lose by a landslide against IDS in 2001. But if Osborne could amass enough MPs he could not only ensure his own spot in the runoff, but also chose his opponent. And he could select someone who would either be a clear protégé such as Savid Javid, or someone with no chance of winning.

This of course placed a premium on maintaining the current electoral system, why a proxy war raged throughout the beginning of 2016 over whether or not more names should be presented to the membership. For all the appeal to principles, opponents of such a change opposed it because it would likely defeat Osborne, while supporters advocated it for exactly that reason.

Cameron and Osborne, however, went further. They announced plans to transform the Conservative party’s constituency organs by dissolving the existing local parties and establishing “super” ones that spanned multiple constituencies. One could be forgiven for seeing something malicious in this plan for opponents of Osborne’s ambitions, and its effect was to set a time-bomb for his opponents to act. Furthermore, as a political matter it was not an ideological threat. Boris Johnson, far from being a right-winger, was just as threatened by the exclusion of popular sentiment from the process as Theresa May. Hence they had a common interest in stopping it.

It is unclear whether the Cameron/Osborne duo foresaw this threat. If so, the solution would likely have been to try and divide the Johnson and May camps during a reshuffle. The elections in May would require this. Johnson, no longer Mayor of London, would need a more senior cabinet position, and easy way of creating tensions would have been to offer him the Home Office. Taking it would have compromised him and made him the executioner of May’s cabinet power. Refusing would have justified sidelining him. It was a perfect plan. So perfect in fact, that if May or Johnson merely bothered to sit down and think about it the whole thing was so breathtakingly obvious that they were almost guaranteed to come up with the solution; namely working together.

That appears to have been what went wrong. The European Referendum likely had a number of purposes. On one level, it was supposed to be a test of loyalty, allowing the Prime Minister to remove people who were disloyal. Secondly, it was likely intended to split the anti-Osborne forces along ideological lines. Thirdly, it was an effort to get the issue over with, lest it be unpredictable during a future leadership election.

In practice, however, it backfired. For one thing, the intended targets did not behave as expected. Cameron likely expected Boris Johnson, with a long record of relative liberalism on migration and the EU to back remaining, dividing himself further from grassroots sentiment and cooperation with May. By contrast, May, who has led the right in the cabinet should clearly have backed leaving, which would have provided an excellent opportunity to sack her in the upcoming reshuffle. Instead of placing their heads obediently on the chopping block, however, both ministers did the opposite. Johnson took the lead in the LEAVE campaign, thereby legitimizing that effort as more than a right-wing rump, and also providing cover for open dissent from 10 Downing Street. Theresa May, by contrast, remained quietly loyal, making it very hard to make any move against her when she had stuck with the Prime Minister while so many others had turned against him. In effect, rather than weakening Johnson and May, leaving both vulnerable, it instead strengthened them.

It strengthened them so much that it made direct attacks on the Chancellor by their allies or other discontented elements thinkable. Labour has been denouncing Tory cuts for years with little impact. What has triggered the present crisis is that the criticism has come from within not just the Conservative party, but the cabinet itself. The decision of IDS to resign has acted as a signal for everyone else to pile on.

It is not the end for Cameron, but it may be the beginning of it. Much has been made of the impact of a possible vote to leave the EU. That possibility is overstated. What is true is that Cameron has exhausted his reserves of political capital trying to secure Osborne the succession and failed, and that failure has revealed the exhaustion of his own influence over the party. But if Cameron is weak, he is still alive, and nothing is more dangerous than a wounded animal. With control of the party apparatus he can still strike against his foes, meaning they have reason to finish the job.

The moment to watch is potentially less the referendum vote itself, but more a questionable event taking place before it. President Barack Obama has agreed to visit the UK in order to urge Britons not to leave the EU. It is easy to imagine the response if roles were reversed, and a British Prime Minister urged Americans to vote a certain way. Britain is less xenophobic, but the inappropriateness is evident, testified to by the attention paid to the refusal of the Queen to meet with the US President. Furthermore, it provides a weapon that is not tied to any outcome of the referendum. It is possible for one to both favor remaining within the EU and to believe it is highly inappropriate for an American President to intervene in the debate.

Imagine, for a second, what would happen if Foreign Secretary Philip Hammond were to resign during the visit citing exactly that reason. It would make a far greater impact than even the resignation of IDS, easily overshadow the entire visit, and furthermore, make the major issue of the referendum’s final weeks the propriety of the Prime Minister’s efforts. By establishing Cameron as a liability for Remain, it would not just doom him if Leave won, but also deny him credit for Britain remaining. It also would reinforce the view that he is not listening to party sentiment.

I have no inside knowledge of the thought process of the Foreign Secretary or anyone else, but the Obama visit is too obvious a target to be passed up when the scent of blood is in the air.  And the referendum’s outcome is too uncertain to delay a move until it is over.

The most important argument I would make, however, is to state that internal Tory politics are no longer about ideology or policy, and that, in and of itself, has always been the doom of leaders. Margaret Thatcher could always fend off challenges when they could be cast in terms of right v. left, her foes resentful wets. When, however, the complaints became not about policy but management, it liberated otherwise Thatcherite MPs to turn on her. Right now the EU debate is about to become about propriety rather than policy, much as has already occurred with the budget. And that means that Cameron can no longer count on ideological differences to divide his opponents, or any sort of ideological base of support for himself or “modernization”. All he has is a personal base which knows he will not run again, and therefore Osborne’s personal base. And he seems to have known from the start that was nowhere near enough.