Cameron, UKIP, and the Lessons of Stanley Baldwin 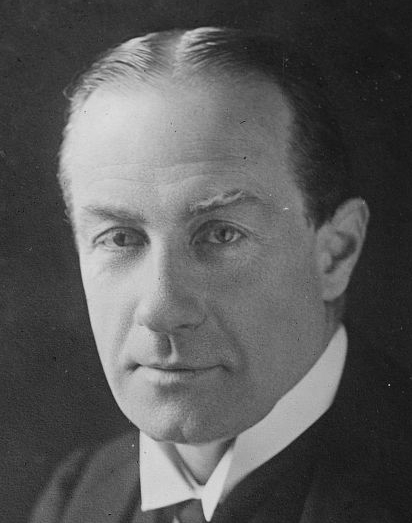 An embattled Conservative Leader facing rumbling from the backbenches about his inability to make progress against the worst Labour leader in years. An insurgent Right-wing party surging in by-elections on the basis of frustration among Conservative voters with the moderation of their leader and his perceived alliance with Liberals. At the heart of the conflict, a struggle over whether Britain should belong to “Europe” or turn away and attach its fate to the Empire. History is repeating itself, and 2013′s David Cameron might learn a lot from 1931′s Stanley Baldwin.

In aftermath of the United Kingdom Independence Party’s “almost breakthrough” at the Eastleigh by-election, it’s worth noting that neither UKIP’s platform nor cause is particularly novel. On the contrary, UKIP follows in a tradition of right-wing protest party’s and “Independent Conservative” candidates who have sprung up over the course of the last century when the exigencies of realpolitik have led little Englanders to believe that “their” party and its leadership are neglecting them.

Perhaps the most prominent example, and the one with the most application to UKIP’s present challenge, is the United Empire Party, which for a few years at the end of the 1920s and the beginning of the 1930s, threatened to topple Stanley Baldwin’s leadership of the Conservative Party. Funded by the Canadian-born Press Magnate William Maxwell Aitken, First Lord Beaverbrook, the party was founded to champion the cause of “Empire Free Trade”, a euphemism for a tariff scheme whereby Great Britain would abolish trade barriers with the “Empire” while raising them to astronomical levels against the rest of the world in an effort to create a closed trade block.

The concept was nonsensical from the start. The policy would have alienated Great Britain’s largest trading partners, which in 1929 still lay on the continent with the exception of the United States. And even if Britain were to consider the policy, there was little appetite in Canada for a trade-war with the United States. Yet in the aftermath of the Great War, and perceived decline that followed, the idea held appeal for traditional Conservative voters who remembered with fondness the good old days of Empire when Britannia ruled the waves.

Most importantly, the idea worked as an effective proxy for general discontent with the overly “liberal” policies which Stanley Baldwin had adopted as Conservative party leader during the 1920s., especially following his defeat in 1929. The collapse of the Liberal party had created a drifting pool of anti-socialist but liberal voters comprising as much as a third of the electorate, Baldwin was convinced that the key to winning power in post Great War Britain was to win over these voters. Towards this end he had not only recruited ex-liberals like Winston Churchill into Conservative ranks, but backed liberal policies such as home rule for India.

The latter in particular offended old-school imperialists who saw in India the symbol of empire, and felt that without India there could be no empire. These frustrations crystallized after the outbreak of the Great Depression when anger over India, the appeal of Empire Free Trade as a solution to the nation’s economic difficulties, and anger over Baldwin’s seeming inability to make progress against an imploding Labour government turned into a powerful combination.

It was combination that made itself felt on the 3rd of November 1930, when on a more than 60% turnout, Admiral E A Taylor running as an independent supporter of Empire Free Trade defeated the official Conservative candidate by 941 votes. This was a safe constituency, but Beaverbrook and his allies were determined to show that not only was Empire Free Trade the preference of the party, but that the Conservative party cold not win without them. In the a by-election for the seat of Islington East on February 19th, 1931, the Empire Free Trade and Conservative candidates won 27% and 24% of the vote respectively, allowing the Labour candidate to win with 34% of the vote.

Suddenly Baldwin was endangered. Despite the most favorable environment for an opposition party in a century, the Conservatives showed no sign of making progress, and had no prospect of winning with Empire Free Trade candidates splitting the vote. His enemies smelled blood. Winston Churchill, the Shadow Chancellor and a close Beaverbrook associate, resigned in protest over India, and there were rumors of a Beaverbrook combination of Lloyd George, Churchill, and recently resigned Labour Minister Oswald Mosley. More ominously for Baldwin, his deputy Neville Chamberlain began to publicly distance himself. All that was needed was a push, and it appeared that another by-election in the safe Conservative seat of Westminster St. George, scheduled for the 19th of March 1931 would provide it. The previous Conservative incumbent had won 78% of the vote in 1929, and if the Tories lost here they could not win anywhere. Baldwin initially considered standing himself, but was persuaded out of it. This initially seemed a mistake as the selected Conservative candidate, John Moore-Brabazon, withdrew, claiming he could not defend Baldwin’s policy. In the end, Baldwin prevailed on a former MP, Alfred Duff Cooper to stand.

With little to lose Baldwin threw himself into the campaign in an effort to make the election a referendum not on his leadership, but on the behavior of Beaverbrook and their allies by highlighting their views, and the disaster that would await the Conservative party in their hands. On March 17th, two days before the election, he accused them of aiming at “power without responsibility – the prerogative of the harlot throughout the ages”. In the end his counter attack worked. Countless voters were discontented with the leadership of both parties, but few actually wanted the leadership of the Empire Free Trade campaign in office. On the 19th Duff Cooper was elected 59% to 41%. Baldwin was saved, and his enemies scattered, discredited by their participation in the effort. Chamberlain, who had flirted with the movement, meekly submitted. Churchill, who had gambled on Baldwin’s fall, was alienated, remaining in the wilderness until 1939. Stanley Baldwin would remain Conservative leader for another six years.

There are lessons David Cameron could learn from Stanley Baldwin. Like Baldwin, Cameron is in the position of positioning the Conservative party to if not to appeal to Liberal voters, at least work with Liberal Democrats. Like Baldwin, Cameron has faced discontent over his efforts to modernize, which have been exacerbated by a lack of political success, and like the Empire Free Trade Campaign, Cameron’s challenge in the form of UKIP has come masquerading in the form of a one issue party when in reality it represents discontent on a host of issues.

Nonetheless, when the Empire Free Trade Crusade posed as a championing of a cause, without the need to define a governing philosophy, it was unstoppable. It was only when its actually policies (or lack thereof) were highlighted, that it became beatable. The same is true of UKIP. As long as UKIP exists as a pressure group, it will be unbeatable. Its victories will advance the interests of its voters, while even its defeats, provided they cost the Tories seats as in Eastleigh, will place pressure on the Conservative party to cater to their interests. Pandering to UKIP on Europe or Immigration will just reinforce the (correct) conviction of its voters that Conservative party will respond to pressure.

If Cameron wants to defeat UKIP he must confront it directly with a choice. He must make clear to Conservative voters that the choice is between himself, and the potential to be in government, or UKIP and disaster. He should make clear that if those voters want the Conservative party to run under UKIP’s platform they will need to find another leader, and likely another electorate. This can by choosing an upcoming by-election a safe Tory seat, preferably one where Labour and the Liberal Democrats are a non-factor and making it referendum. In such a seat, Conservative voters can have a straight up choice between Cameroonism and UKIPism, and Cameron can make clear that if they chose the latter he will not preside over such a party. UKIP may scream that this is a gimmick, that a new election would be disaster, but in the end all of their complaints will simply highlight the fact that they are not ready, and have no intention of every being ready for government. When the official Conservative candidate wins by 25 points, and they will, UKIP’s momentum will be crippled.

Cameron must realize that at some point or another he or his successor will have to confront UKIP head on; it is best that he does so on his terms. That means a by-election fight where Tory reactionaries can decide whether Gay Marriage and an immediate exit from the European Union are worth destroying their party over. We know what choice they made in Westminster St. George. For all his faults, Stanley Baldwin knew as well. Cameron could do with showing the same initiative and leadership.