Brexit Endgame: Why a Longterm Extension is More Likely than a No Deal Crashout 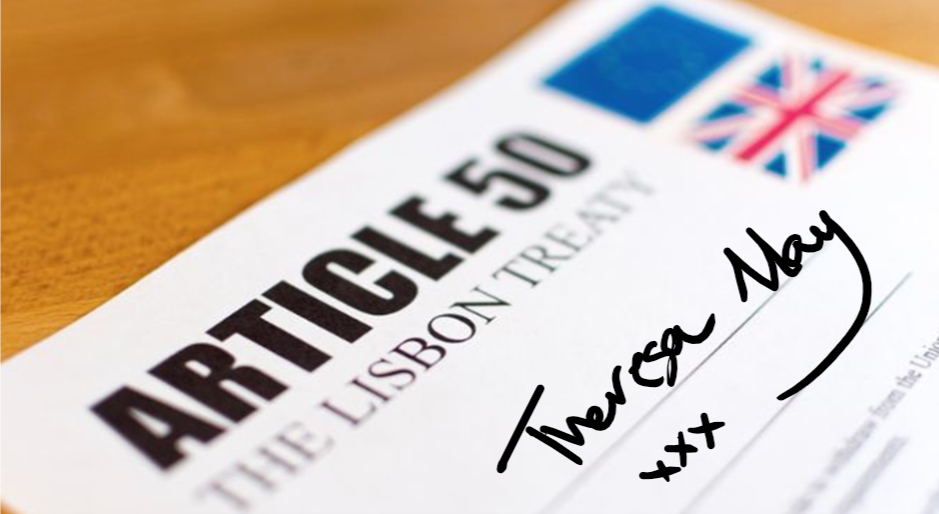 Will they or won't? Will Theresa May reach a last minute deal with the EU in the person of Jean Claude Juncker at the final moment as she seems to hope?(hint she won't) Will Parliament pass her withdrawal agreement on a second reading tomorrow?(hint, almost certainly not, there is no point) Will Theresa May be toppled in a coup by any of the 300 Conservative Mps angling for her job?(a question of when not if) Will the vote on March 12th be pulled, or the ones scheduled for the next two days on ruling out a No Deal Brexit and Extending Article 50 be held?(on those dates perhaps not, but those decisions aren't in the hands of the UK)

British politicians have always suffered from an inflated sense of self-importance, reinforced by the obsession of the UK media with "spin". The concept of the lobby, where parliamentary researchers and parliamentary researchers turned MPs leak inside information to reporters from a similar educational and social background has long substituted for actual research or analysis in reporting. It has served to make British political coverage among the most riveting in the world. Detailed minutes of cabinet meetings often leak almost immediately, and coups are constantly afloat, plots proceeding, plans in motion. In terms of generating news the system is a triumph. In terms of generation accurate information, it has a more dubious record.

It suffers from two problems. One, a tendency to report leaks and claims as newsworthy because they are interesting, and secondly, a tendency to take British politicians who are leaking at their word. This is not merely a matter of lying. Many politicians themselves have no idea what is going, and badly misjudge things, and are quick to fall victim themselves to rumor and group think. Nowhere has this been more true than with Brexit, where few if any UK public figures understand the EU at all, and therefore have any grasp of the process, with the result that they focus on the aspects which effect them, namely the implications for domestic politics. The result has been the tendency to view the entire process through its impact on the Conservative party, with the EU, or at least Michael Barnier and Jean Claude Juncker, as domestic British political figures.

From the start of the process then, the focus has been on what the UK decides to do. The referendum was assumed to be a UK decision which the EU would acquiesce to. The negotiating process was seen as a matter of reaching a deal in the UK, and then presenting it. Even now it is seen as the EU's job to accommodate British domestic politics.

The EU is highly likely to do so, but not because of the reasons British politicians assume. It is increasingly clear the British political system combined with the makeup of the Conservative party and current House of Commons make it impossible for any deal to be reached with the current government or with any government produced by this House of Commons. Theresa May, supported by the Democratic Unionist Party and dependent on holding the Conservative party together cannot propose a deal the EU would accept, or even legally could accept. Any effort to work with other parties to reach such an agreement would bring down her government. The Commons cannot pass any constructive policy without the executive, nor does the opposition have a real incentive to do so. And NO Deal, a disaster in any case, is impossible with a government lacking a legislative majority to prepare or weather it.

That leaves one option, an extension. Everyone by now seems to concede this. The Government, realizing that even if the proposed Withdrawal Agreement is passed they will need a technical extension of several months, the opposition, and the EU. The latter can in theory block one, but is unlikely to do so. Hence the question is not whether an extension will be sought, but on what conditions it will be offered. Here, again, UK politicians, with a few exceptions, delusionally assume this is for them to decide, with the government even going so far as to try to set conditions, for instance that it only last to summer.

The government can of course request any extension it likes, just as it can propose the annexation of Ireland to Brussels as an "alternative arrangement" to the backstop. But at the point at which it is the EU which has to offer any extension, Parliament which has to approve one, then the question is what Brussels is willing to offer and what the EU thinks the Commons will approve. And signals in recent weeks show a growing consensus that any extension will not be short, unless the WA is passed, and will require European elections to be held. President Macron of France first floated this position, but today it was adopted by Ireland as well. It seems to be an increasing consensus that rather than a mechanism to avoid No Deal, an extension is now a requirement for any functional Brexit, and setting conditions is the only way the EU can force the UK to seriously engage with the process. And that means denying a three month extension. There are a number of reasons for this

1. The EU is fully aware of the domestic situation above whereby May cannot seriously negotiate for any deal, nor can she work with Labour for an agreement on a permanent Customs Union. This will not change with a delay to June, and hence, as EU officials have noted, there is no point in doing so. In fact, such a delay would force them to suffer three more months of May, Cox, and Barclays obnoxious kabuki conversations.

What then is the solution? Macron has repeatedly floated the idea that the condition for an extension would be a change in circumstances, for instance a general election or a second referendum. But it should be clear to everyone, and the EU has shown some minimal insight throughout the process, that neither will happen in the near future, at least not without an external push. A general election would require the DUP to risk a Labour government, and the Conservatives to risk an election in which they would be torn apart by the need to decide on a manifesto regarding Brexit. Whether to support the Prime Minister's plan or not. Meanwhile, while a secret ballot in the Commons might produce support for a second referendum, no one wants the blame for going against the will of the electorate in the first vote. As such, even Corbyn's conversion is seen as dubious. Yet without either, nothing will happen, except a No Deal by mistake, or inaction by design.

The EU, however can break this deadlock. Not by waiting for Britain to offer a material change in circumstances in exchange for an extension, that would require a level of responsibility and leadership beyond the British political class, but rather by offering a long-term extension which by default would require one in the form of EU elections. Offering a 21 month extension on a take it or leave it basis would allow British politicians both to avoid a No Deal Brexit and the need to directly confront the issue of a Second Referendum. Nonetheless, the sequence of events it would set off would more or less require one, without anyone taking the blame. Why?

1. A 21 month extension would require EU elections to be held. This would be controversial, but it is plausible that faced with No Deal, Parliament, as opposed to the government would accept this. After all, opposition to them on principle is mostly concentrated within the Conservative party, and while May can decline to request one, it is hard to imagine her refusing Parliament a vote on it if it is the only thing the EU offers. Hence if the EU offers a 21 month extension at their summit on March 22nd, then Parliament would have to be allowed to vote, and it is easy to see a majority for it passing.

2. A delay on its own would anger Hard Brexiteers. A delay of that length would lead to charges of betrayal. A delay, combined with the holding of EU elections, would almost certainly lead to a revolt which would bring down May within the Conservative party. This would either bring down the government, directly triggering a new general election, or bring on a leadership election which would result in the election of someone like Boris Johnson, who would be unable to form a government due to pledges by Tory MPs not to serve under him. This in turn would trigger a general election.

3.Whatever the conviction behind Jeremy Corbyn's conversion to a "People's Vote" it would be almost impossible for Labour not to include the promise of a second referendum in their manifesto in the event of a new election. In the event of a Labour victory this would result in one, especially if a Labour government was dependent on the Liberal Democrats or Scottish National Party, but even if they don't quite win it would change the internal dynamics. Right now, the 2017 Manifesto promising to support Brexit has acted as a shield for Labour Mps who do not want to support a second referendum, but a new election with a new referendum would strip away this shield.

4.Even if the Conservatives under a Hard Brexit leader wins a majority, they would then have a mandate to go for a clearer deal, such as potentially throwing the DUP under the bus and accepting a Northern Ireland only backstop.

As such, a 21 month extension, offered on a take it or leave it basis, solves many problems for the EU. It allows them to bypass Theresa May and her government, as well as divisions within the Conservative party in order to make an offer directly to the House of Commons. Furthermore, it forces the Commons to face a real choice, rather than the fake choices everyone has preferred to vote on up until now. Furthermore, it has the prospect of unlocking the political deadlock one way or another. It therefore makes the most sense.

There is of course a chance that this does not work out. Parliament could fail to pass it, Spain could grandstand over Gibraltar. But the UK is clearly unprepared for Hard Brexit, and this offers both Remainers and Soft Brexiters what they want without the need to take responsibility for it. As such, it strikes me as the most likely outcome in three weeks.