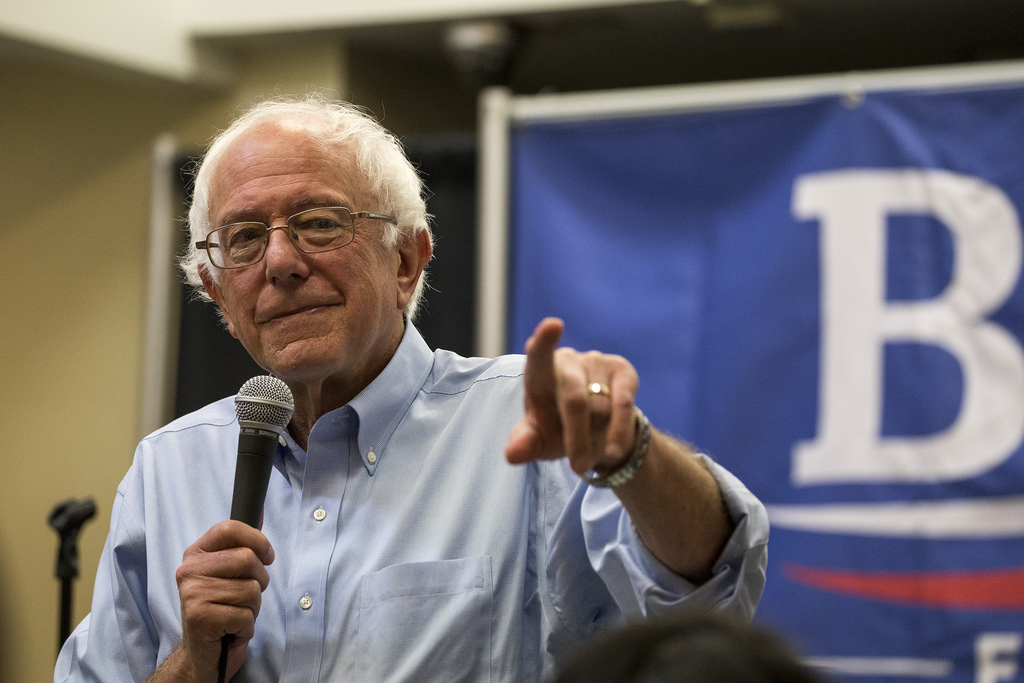 About a year ago I wrote about why I though Hillary was not seriously threatened in the Democratic primary. At the time, the potential challenger getting the most attention was Elizabeth Warren. Warren had a number of assets, including a national-fundraising network that had made her the best-funded Senate challenger of 2012, as well as clear identification with a specific issue, and  a personal narrative, growing up poor in Oklahoma, which gave her a reason for running. Her associations with Harvard and Massachusetts were problematic, but the latter was too recent to be fatal, and the need to defeat the popular and capable Scott Brown meant that unlike John Kerry or Michael Dukakis, she had first-hand experience of running against a viable Republican.

Nonetheless, I concluded that she had little to no chance of posing a real threat, much less winning. The reason was not any strength of Hillary's; at the time I thought her strengths were overrated. Rather it was the pragmatism of large parts of the Democratic primary electorate, and an electoral system that heavily weighted those parts which would doom her. While the Republicans are by and large an ideological coalition in which divisions depend on how conservative one is, the Democrats are an ad hoc coalition of interest groups, some of which are ideological(committed liberals), but the vast majority of which  are Democrats due to perceiving themselves as being under attack by Republicans. African American voters, for whom white and Republican can be used interchangeably in the South to describe political power structures, Hispanics who distrust Republicans on the basis of hostility to immigration, unions that fear Republican right-to-work laws, and women's groups concerned about abortion. All of these groups are Democrats because they lose if a Republican is in office, and this means that they get nothing if a Democratic goes down saying what they believe. In fact, the only group that cares about that sort of symbolism tends to be middle-to-upperclass, mostly white, liberals who have the luxury of being indifferent enough to see politics as ideological tennis game fought every two to four years.

The consequence of these dynamics is that the major identity groups place viability in a general election above ideology, and have tended to vote for candidates perceived as strongest. In 1992 they chose Bill Clinton over the more left-wing Jerry Brown, in 2000 Al Gore over Bill Bradley, and in 2004, John Kerry over Howard Dean. They were not always right, but that is because they voted for the candidate perceived as most electable.

What about 2008 then? Well 2008 is interesting in that it was genuinely unclear who was the stronger candidate in a general election, an inspiring Barack Obama or the baggage-laden Hillary Clinton. Even then, polls showed African American voters in the  South cool to Obama until he won lily-white Iowa. They clearly had a preference for an African American candidate and one who spoke to their issues, but only after he proved he could probably win. The result was that the establishment firewall which had held since 1972 broke, as Obama won a coalition of liberal whites and African Americans, giving him big wins in Southern states,

This is something Warren could not have relied on. In fact, her "native american ancestry" snafu at Harvard likely would be  more damaging in a national primary than it was in a general. Most (white) swing-voters saw it is taking advantage of a screwed-up system, something they would have done if they were in her place. It is unclear if the casual nature with which Warren treated racial affirmative action policies would fly anywhere near as  well among those who suffered actual discrimination.

Bernie Sanders may not have that specific liability of Warren's, but otherwise he is an even weaker challenger. His background as a long-time Vermont Senator renders him provincial in a way Warren was not; his status as an avowed Socialist rather than a Democrat raises party loyalty and electoral issues, while his age, 73, raises questions about the seriousness of his campaign. Does he really intend to be President at 79? The issues he is running on, economic inequality, has genuine appeal, but only if one believes something can actually be done, and things can only be done about from office.

Fine, his supporters say, he is not running to beat Hillary, but to test her, push her to the left, and send a message. Yet message candidates have generally flopped in Democratic primaries. Howard Dean won exactly won primary, his home state of Vermont's. Joe Biden struggled to get anyone to pretend he existed. The reason is the electability argument for non-New Hampshire Democrats.

For Sanders to be effective as a protest candidate he must prove viability. And since winning over voters to Clinton's right is impossible, he needs African Americans, not least because the primary schedule post-New Hampshire sends him on a swing through the south with a pit stop in Michigan which will leave him at the mercy of their voting. And right now I just don't see what appeal he has.

He will do little to Hillary other than produce an internet storm, if a 60-40 loss in New Hampshire is followed by a series of 79-21 losses in the Deep South, where all he wins is the generic anti-Clinton vote. And the primary calendar is such, with its southern+Michigan swing post-NH, that insurgents who pick up steam in New Hampshire can be rapidly squashed by that establishment firewall.