A strike called denial: The costs of intervention in Syria 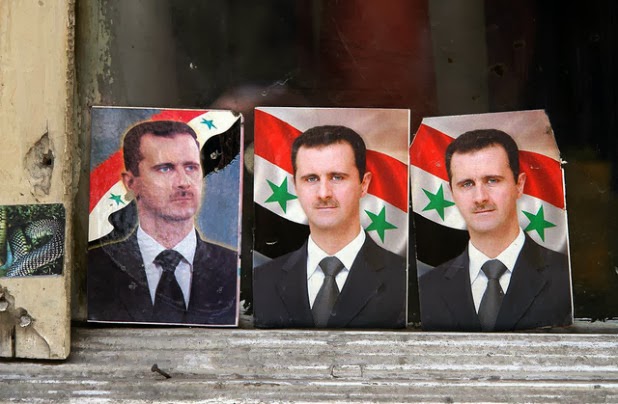 General Douglas McArthur, the American Pacific Commander during the Second World War once remarked that every military defeat could be explained in two words; too late. The same could be used to describe armed interventions. With debate raging in Western capitals as to how to respond to respond to a suspected use of chemical weapons by the government of Bashir Al-Assad in Syria, one of the strongest criticisms of intervention relates not to the merits of intervention in the abstract, but rather to the argument that the time for intervention passed, probably a year or more ago.

These arguments are easy to spot. They will usually include a chronicle of the initial uprising against Assad, the creation of the Free Syrian Army, and a description of how the failure to adequately support it at the time caused the situation to “deteriorate” into an “inter-communal conflict”, to use the words of the New Republic and Kenneth Pollack respectively. Now the opposition is dominated not by secular liberals, but by Islamic fighters, many pulled from outside Syria, a number with links to Al-Queda.

Claims about the links between Syrian rebel groups and undesirable elements, as well as the ethnic massacres that would follow their victory have the advantage of being true. That said, they were also largely true a year and a half ago. Leon Panetta, the then-Secretary of Defense warned in June 2012, upon rejecting the prospect of aid to the rebels that  ”We made a decision not to provide lethal assistance at this point … If we don’t get this done in a responsible way, there’s a real danger that the situation there could deteriorate into a terrible civil war.” Similar concerns led the House and Senate Intelligence Committees to block lethal aid to the rebels this summer.

The real obstacle to Western intervention in Syria has therefore always been the same – the West has not decided what its ideal outcome is to the conflict. Morally it is obligated to condemn Assad, which it has done, with Obama calling for his departure nearly two years ago. In practice however it has shied away from embracing the alternative – the sort of intervention or even aid that would ensure his overthrow by force. Its moral commitments have prevented it from embracing any of the compromise proposals put forward by Russia or Iran for a coalition government led by Assad elements without Assad. Its strategic commitments have prevented it from pursuing the only alternative: victory. These options were open to the West. Despite Russian and Chinese opposition, neither power would have done much against determined Western aggression, and it’s doubtful Assad could have survived air strikes coordinated with substantial material aid to the opposition. But the West has never pushed the issue. In effect, the continuation of the Civil War is the fault entirely of the West, which could have resolved it at any point in the past two years if it could decide on an outcome.

The use of chemical weapons has not fundamentally altered the dilemma facing the West. The available options remain as unappetizing as they were before. Nor is the moral issue much altered. Perhaps 200 individuals died in the suspected Sarin gas attack. Well over 100,000 have died in the war, and more have been killed in routine artillery bombardments. The complaint against Sarin is a purely legal excuse. To the extent the Damascus attack matters, it matters because it has further limited Western options – an accommodation with Assad or his victory now carries a blow to Western prestige that it hitherto lacked. But if the prospect of that blow, self-inflicted by the decision of leaders like Barack Obama and David Cameron to draw red-lines in the sand in preferences to an active policy. Now a policy has forced itself upon them.

It has forced itself upon them because there is no way to limit this intervention to targets related to Assad’s chemical weapons stores, as some observers have suggested, or to frame this intervention as punishment for Assad but not as aid to the rebels, as a number of US officials have floated. If Assad were to win the war following a coalition bombing campaign, it would be a vindication of his strategy, including the tactical use of chemical weapons, even if a few missiles fell to inconvenience him.  The rebels having been betrayed would scatter to the far corners of the Earth, where resentful over a Western betrayal, they would become ready recruits for a future campaign of terror.

As a consequence, a decision to intervene to deter future use of chemical weapons is a decision to intervene for the overthrow of Assad’s government and all the consequences that will bring with it. That means inter-ethnic and religious conflict, the likely slaughter of Alawis, Kurds and other minorities, and a general state of lawlessness. The only control for such a slaughter would be Western ground troops, preferably aided by Turkish forces, who, given their government’s leading role in supporting the opposition, have an obligation to assist with the transition. It almost goes without saying that Western peacekeeping efforts will be resented, especially when they are protecting perceived Assad supporters, that troops will be attacked, and that many will die. But simply bombing from the air and washing our hands of what happens on the ground will lead to a far worse slaughter, and a vortex that will suck us in regardless.

There are strong reasons to be skeptical of intervention. Many, relating to doubts about the rebels, have been made. Others such as the costs of ground troops and the likely need for active engagement for years in the future have been downplayed by politicians who believe this intervention can be purely “punitive” whatever that means. Those claims are inherently dishonest, and to that extent the House of Commons was correct to reject them. Leaders such as Barack Obama and David Cameron have an obligation to make clear exactly what intervention will mean in the long-run, at the very least to make it clear they understand it. If they remain in denial until the need for Peacekeepers is apparent and Syria is fully in chaos, it will be, as General MacArthur would say, too late.