A preview of Iran’s 2013 presidential election: candidates, mullahs and unknowns 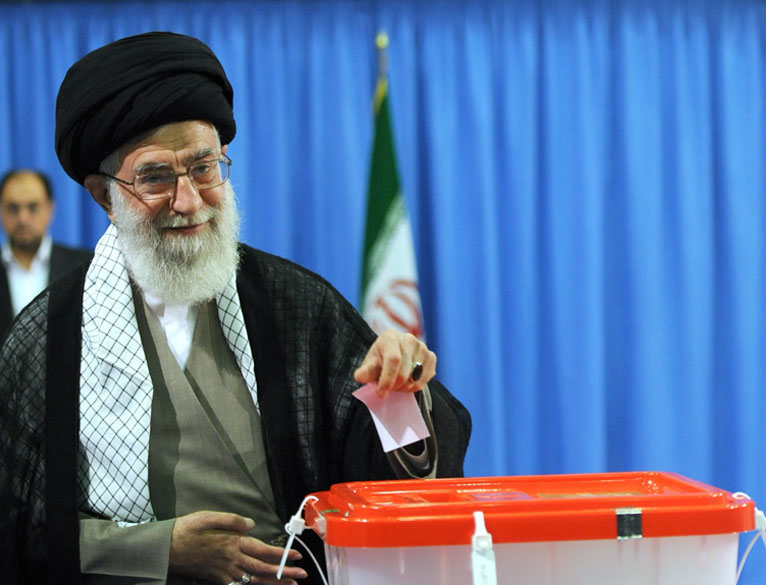 On June 13th Iran will hold its 11th Presidential election since the Islamic Revolution of 1979 led to the abolition of the 2500 year-old Persian Monarchy. The previous elections in 2009 were marked by accusations of fraud in the 62-33 victory of incumbent President Mahmoud Ahmadinejad, and by the brutal repression of protests which followed, repression that led to hundreds of deaths. This year anticipation has been lower. Reformists have been largely demoralized following the 2009 protests, and have failed to take sides in the recent power struggle between President Ahmadinejad and his critics, despite the aggressive efforts of the former to woo them.

Ahmadinejad’s efforts at a rapprochement with the Reformists were less surprising than they may have seemed to Western observers. Ahmadinejad was the first non-cleric since Abolhassan Bani-Sadr in 1980 to be elected President, and the 2009 elections, while damaging his own legitimacy, inflicted far greater damage on the clerical system itself. As a divisive politician Ahmadinejad had far less to lose to start with, and with the legitimately of the religious establishment in question, the President launched a major offensive to wrest the pillars of state power away from the judiciary, and implicitly the Supreme Leader.

At the forefront of this campaign was Ahmadinejad’s son-in-law, chief of staff, and first nominee for Vice President, Esfandiar Rahmim Mashaei, who attempted to build a movement based on Iranian nationalism, claiming that Iran saved Islam from the Arabs, holding public exhibitions on Pre-Islamic Iran, and even suggesting Iran could be friendly with Israelis.

The efforts of Ahmadinejad and Mashaei were checked in the 2012 Majlis elections, where scores of their candidates were blocked from running, and those that did, suffered from harassment as well as low turnout. In vain did Ahmadinejad and Mashaei appeal for Reformists to support their candidates as the lesser of evils. In a marked irony, the Ahmadinejad-controlled Interior Ministry which had come under such Reformist criticism in 2009 was left powerlessly making accusations of fraud against the Council of Guardians and its local election inspectors.

The final defeat of Ahmadinejad and Mashaei occurred when the Council of Guardians rejected the presidential candidacy of the latter last week, ensuring that Ahmadinejad will not have a candidate in the race. At the same time they dashed reformists hopes by rejecting the candidacy of 78-year old former President(1989-97) Ali Akbar Hashami Rafsanjani, ostensibly on the grounds of age and infirmity. Many suspected that the real reason for his rejection related to his equivocation during the 2009 protests.

In any event, while the Washington Post was quick to declare his disqualification as a blow to the Reformist cause, that is only a testament to the increasingly elitism of the Reformist phenomenon and of its Western sympathizers, who have become addicted to looking to the past for inspiration. As a quick look at the eight approved candidates will reveal , Reformists did quite well out of the process, far better than they had any reason to expect, with both an Ex-Vice President and a former nuclear negotiator who recently wrote a book praising George W. Bush.

So who are these eight candidates? Most observers have been attempting to divide them into Conservatives and Reformists, but in Iranian politics, issue positions occupy only half the spectrum. Equally important, as Ahmadinejad’s second term illustrated, are constitutional questions, including the position of the Leader.

There are eight approved candidates:

Saeed Jalili – A former Intelligence official and deputy Foreign Minister who broke with Ahmadinejad in 2007, Jalili is probably the best representative of the Iranian Neo-Conservative Right, seeing in reform, democracy and pluralism the hand of Western subversion. The Washington Post has named him the frontrunner, but its unlikely he will achieve the 50% needed for a runoff without extensive falsification, or win such a runoff against most of the other candidates on the list.

Ali Akbar Velayati – Probably the best the representative of the “Opportunist” tendency on the Iranian Right, Velayati served as Foreign Minister between 1981 and 1997, both under the "Leftist" Mousavi(later the Reformist candidate in 2009) and the "Pragmatic" Rafsanjani. Ditched by Khatami and the Reformists, Velayati reinvented himself as the Foreign Policy Adviser to the Supreme Leader and stresses every opportunity to publicly remind everyone of his current Principalist(aka Conservative) credentials.

Gholam-Ali Haddad-Adel – The Former Speaker of the Majlis until he was ousted in 2008 by Ali Lariiani, Haddad-Adel is also the son-in law of Supreme Leader Ali Khamenei. With a somewhat low-profile and close ties to the leader he may well be a sleeper candidate, but most Conservatives seem to be rallying to Jalili.

Mohamad-Bagher Qalibaf – Ahmadinejad’s successor as Mayor of Tehran, Qalibaf later broke with the President back in 2006 before doing so was cool on the Iranian Right and formed an alliance with local Reformists. Stressing his reputation as a pragmatic nationalist, Qalibaf referred to himself as the new Reza Shah, and provocative comparison in post-79 Iran, and was named international Mayor of the year in 2008. Charismatic, with a reputation for independence, Qalibaf has called for a restoration of ties with the United States. He was interviewed by the Financial Times in 2008.

Mohsen Rezaee – Rezaee has impeccable revolutionary credentials as the commander of the Iranian Revolutionary Guards Corp from 1981-1999, including during the heyday of the war with Iraq. Once a radical conservative. Rezaee sent his two daughters to the University of Southern California and reinvented himself as a moderate, running for President in 2009, and initially backing the Reformist challenge to the results of that year. He publicly favors a rapprochement with the United States, and greater independence of the judiciary and the electoral process with Iran, while retaining religiously conservative laws.

Hassan Rowhani– Iran’s Chief Nuclear Negotiator under Khatami , Rowhani has little profile in domestic affairs. He recently authored a book on his experiences in which he suggested that George W Bush expressed a desire to restore normalized relations with Iran, and expressed a willingness to lead the talks himself, only for the initiative to be scotched by Ayatollah Khamenei. This undermined the traditional narrative that Bush, by placing Iran in the axis of evil, rejected Iranian overtures. Following Ahmadinejad’s election, Rowhani , who despite his reformist views is close to the Supreme Leader, became the latter’s advisory on nuclear issues. Rowhani, as a Reformist with close ties to Khamenei, is likely an insurance policy against a Reformist surge, or in the event one of the Conservative proves unruly, and a Rowhani victory, assuming he makes the runoff, cannot be ruled out.

Mohammad Reza Aref – Aref served as Khatami’s Vice President from 2001 to 2005 after serving as both the Chancellor of the University of Tehran, and as Minister of Technology. From the academic wing of the Reformist movement, Aref kept a low-profile both in office and out. While he withdraw from the 2008 Majlis elections in the basis that they were unfair, he was largely silent during the 2009 protests. This year he offered to withdraw from the race if former President Khatami declared his candidacy. Given his background, its unlikely that a President Aref would do much to challenge the Supreme Leader's power even as he would personally sympathize with liberalism, which would make him, like Rouhani, a safe backup pick for the leader.

Mohammad Gharazi – For someone who served as a Cabinet Minister for 17 years(1981-1997) remarkably little is known about the politics of the former Petroleum and Posts Minister. Appointed by Mir Hossein Mousavi, he served under Rafsanjani until resigning in 1997 after Khatami’s election.