Why is the Biden Administration Still Bothering with Iran? 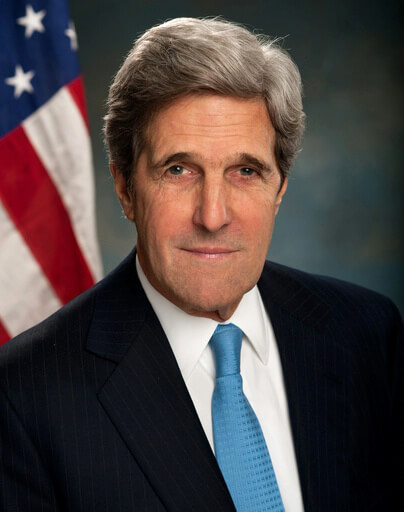 Iranian voters will go to the polls this Friday, June 18, 2021 to “elect” a new President, and in a stunning sign of the dictatorship’s weakness and internal fissures, the regime’s own insiders and staunchest defenders are already criticizing the electoral process as illegitimate before the voting begins.  The truth is that Iran’s people won’t have much of a choice at all on Friday, in a process that has become so corrupt that even the former President of Iran, Mahmoud Ahmadinejad, has condemned it and appealed to the United States to expose the moral bankruptcy of the country’s leaders.

Iran’s Council of Guardians must approve of all candidates for President before Iranians vote on them. And this time, the Council has approved just 7, only one of whom is considered viable. The Council-approved candidate Ebrahim Raisi is the head of Iran’s powerful judiciary and is known for his extremist views. Raisi was defeated 57%-38% in a 2017 run for President, yet this time around, he is the only real candidate in the race.

The Council of Guardians has long prevented any opponents of the Iranian regime from running for office. But the Council’s behavior this year stands out due to its decision to block anyone other than Raisi who might win, even if they fully agree with the ideology of the regime. Ali Larijani, the former hardline speaker of Parliament, was rejected, to the confusion of his brother, Sadeq Larijani, Raisi’s predecessor as head of the judiciary and a member of the Guardians himself. Sadeq tweeted about the exclusion of his brother from the race: “I have never found the decisions of the council so indefensible,” going on to blame the security services for fabricating false reports.

Ahmadinejad was also blocked from running again for President. As a result, he called for a boycott of the vote, denouncing the dictatorial regime that he once presided over. One of Ahmadinejad’s supporters alleged during a speech in Parliament that a “network of infiltrators” wanted “to engineer the elections.” Once at the vanguard of hostility to the United States, Ahmadinejad has taken to echoing criticisms American conservatives make of Tehran, going as far as to take to twitter in 2017 to ask Donald Trump to intervene to expose the truth about Iran’s current leaders. “Mr @realDonaldTrump release the list of relatives of #Iranian Government officials that have #GreenCards and #BankAccounts in the #UnitedStates if you have such a list,” the former Iranian leader tweeted on August 1, 2018. In another 2018 Tweet that was apparently a veiled criticism of his own regime, Ahmadinejad again echoed the talking points of American conservatives, declaring, “Freedom has no limits; ideas and thoughts should never ever be limited … Any type of restrictions on ideas and beliefs especially on Social Media will lead to chaos and dictatorship.”

Larijiani and Ahmadinejad have built their entire careers working their way up to the highest levels of the Iranian regime, and now even they will not defend it. As Larijiani noted: “It has been almost twenty years since my first appearance in the Guardian Council in 2001. Throughout this time, I have defended the Guardian Council, even during my years in the judiciary.” Larijiani will not defend the legitimacy of the Iranian regime now. But the Biden administration will.

Indeed, even as signs of internal dissent within Iran’s ruling class reach unprecedented levels, the Biden administration is pushing ahead with John Kerry’s monomaniacal crusade to strike a nuclear deal that will be bad for the United States, bad for Israel, and that even the Iranians do not want.

Sadly, this charade of an election is almost certain to be taken by the Biden Administration as an invitation to lift sanctions and re-engage with Iran. It would be wonderful if such optimism were justified by reality.

John Kerry’s team in Vienna are quite possibly the only people left on the planet who insist on treating the Iranian regime as if it were the legitimate representative of the Iranian people. The regime itself no longer cares about preserving the veneer of legitimacy—its own chosen candidate for President, Raisi, has even complained about the farcical nature of his own coronation, and senior insiders, including the Foreign Minister Kerry is negotiating with tells the media he has no power or control over the military or security services, much less to deliver on any nuclear deal he may sign. Yet Kerry persists, in what may be the only time in world history where the stronger side in a negotiation is insisting on capitulating and surrendering to the weaker side in exchange for a deal that the weaker side has already informed the media it will not keep.

Iranian Foreign Minister Javid Zarif has gone even further than just acknowledging Iran will not abide by a new nuclear deal with America. In what was likely a purposefully leaked tape, Zarif implied that Iran manipulated the Obama administration in 2015 to lift sanctions so it could purchase Boeing and Airbus planes to increase flights to Syria sixfold, thereby aiding the Syrian dictator Assad and the Iranian terrorist proxy Hezbollah. This is not news to most serious Iran watchers. The Trump administration knew this very well, as did well-informed members of Congress. But that Iranian politicians across the spectrum are echoing the charges is stunning.

Zarif is all but begging Kerry and Biden not to pursue a deal with him which will strengthen the hardliners in Iran, going so far as to risk charges of treason to leak that tape, which all but promised that future sanctions relief will serve to strengthen the Iranian Revolutionary Guard and Hezbollah.

Instead, the Biden Administration seems determined to join the Iranian Ayatollah Khamenei in being the only participants in the farce that Iran’s elections are meaningful or that Tehran is negotiating in good faith.