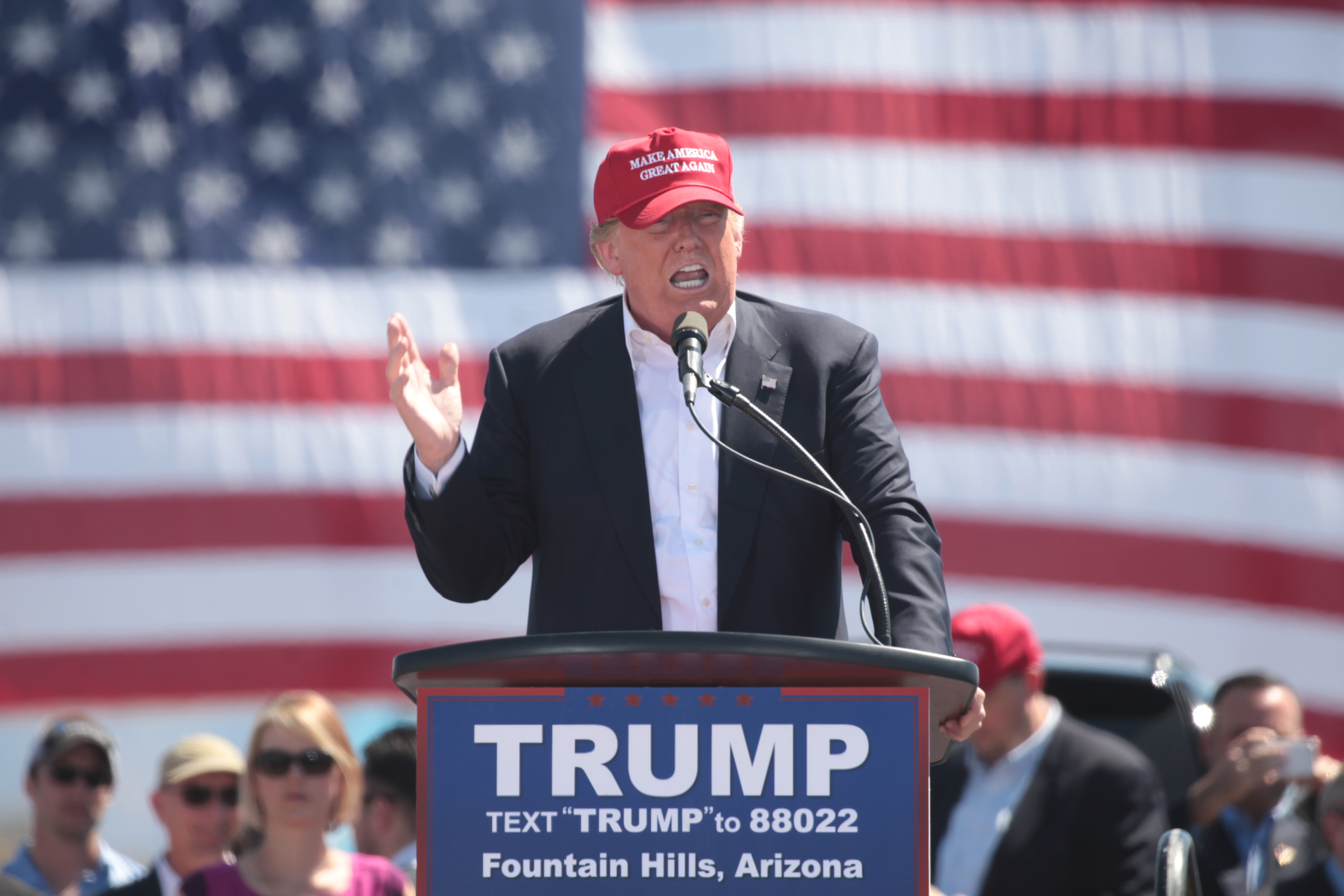 When told about the skill of a particular officer, Napoleon replied "I know he's a good general, but is he lucky?" Amidst the analytics and social media targeting, there is something to be said for the role of luck in Presidential campaigns. Some of the most impressive rising stars of American politics were undone by that nemesis of careers, timing. Had Democrat Vincent Shaheen won the South Carolina governor's race in 2010 which in reality he lost 51-47, he very likely would be Hillary Clinton's running mate this year, and a potential future President. Instead his public career is at an end.

This year, Donald Trump has, all things considered been remarkably lucky. The dynamics of the Republican nomination contest played out about as well as they could have for him. Chris Christie's attack on Marco Rubio at the New Hampshire debate, Trump's narrow 35-32 victory over Rubio in Florida, even Rubio's own narrow 2nd place finish above Ted Cruz in South Carolina, all served to prevent Trump from facing a one-on-one race at times of great peril. Yet if Trump has been lucky, the Republican party has not. It is not merely a matter of Trump, but also the way in which Trump's campaign has developed. But much of it too, has been due to complacency. When faced with the necessity of choice. the party has generally chosen to wait on events, with disastrous consequences.

The second Presidential debate was a case in point. Coming off of both a poor first debate performence, and then the shocking revelations about the 2005 tape in which he discussed grabbing a married woman "by her pussy" the debate was seen as a make or break moment for him. Republican elected officials and elder statesman ranging from John McCain and Condi Rice, to vulnerable Senators like Kelly Ayotte had unendorsed him, and there were calls for him to withdraw from the race. Speaker Paul Ryan was reportedly wavering regarding his own support, canceling a joint appearance with Trump on Saturday, while even Mike Pence, Trump's running mate, was considering leaving the ticket.

We will have to wait for the post-election books to know whether this rush of defections was an orchestrated last ditch effort to save the party from electoral disaster, or merely individual acts of principle or self-preservation, and it is quite possible we will not know even then. Perhaps those who took part do not know themselves what they hoped to achieve. What is apparent is that if there was any prospect of forcing Trump off the ticket, the window of opportunity was open only between the revelations about the video on Friday night and the debate on Sunday. While many Republicans may have hoped that the debate would provide clarity either way, by either marking the beginning of a Trump comeback, or providing the final justification for ending the Trump campaign, this was the same sort of wishful thinking and justification of inaction that has led the party here all year. The fact was, the debate was never likely to provide that sort of clarity. It would have been hard for Trump not to improve on the first debate, but equally difficult to see him scoring the sort of clear win that would have wiped away the impact of Friday's revelations. In fact, it is unclear what such a thing would even have looked like. Equally, it was unlikely Trump would manage to do something that would provide a better justification to abandon him. The uniquely damaging aspect about the tape was not that it showed Trump in a negative light, but that the target of Trump's attack was a apolitical. Trump was not attacking a Democrat, a Black Lives Matter activist, a DNC speaker, or any sort of political actor at all, but a random woman, and that in turn meant that the attack qualified as one on all women. The politically charged nature of the debate meant that whatever outrageous thing Trump did would almost certainly be more politically charged.

That was precisely what happened. On mechanics, Trump scored a victory against expectations. Unlike in the first debate, where Trump spent most of his time on meandering explanations of his own finances, he managed to focus the debate instead on meandering attacks on Hillary Clinton's character. He returned again and again to the email issue, survived attacks on his taxes by turning the issue into a discussion of Clinton's own commitment to reform, and on Syria fought to a draw. He was helped by a Clinton performence that lacked passion or energy. Clinton seemed frustrated that with the election all but one she had to spend two hours of her life doing this, and it showed. As the debate dragged on, Clinton seemed increasingly tired, and while she bounced back at the end, the result was far closer. Any Republican looking for a better reason to dump Trump than they already had was left looking in askance.

If anything, dropping Trump became almost impossible due to the nature of his most memorable attack, the one that is now dominating coverage. In response to a suggestion from Clinton that America was lucky not have a President of his temperament, Trump responded that she would be in jail if that were the case, a position he reiterated. This has prompted comparisons with third world despots, but the nature of the attack is highly problematic for republicans. As opposed to the apolitical nature of the Friday tape, the target of these comments is the most political target of all, Hillary Clinton. And after four years of hounding Clinton about Benghazi, chants of "lock her up" at the Republican National Convention, and a year long focus on her emails, it is impossible for Republicans to disassociate. Republican voters would never forgive Republican elected officials who abandoned Trump because he "told the truth" about Hillary Clinton. Such moves would appear to be on behalf of Clinton.

There is a reason that of all the NeverTrump Republicans, none in elected office and few out of it have actually endorsed or suggested they may vote for Clinton. To do so would be to associate one-self with the actions of her almost certain to be Administration, and given its guaranteed unpopularity among Republican voters, there are few things that could be more fatal to a political career. In fact, even abandonment motivated by factors other than Trump's remarks about Clinton, such as Trump's willingness to throw Mike Pence under the bus regarding Syria policy, would now be perceived as being done in defense of Clinton. Regardless of whether he has won back any voters, Trump has made it prohibitively costly for any more Republicans to defect.

Trump's personal position is almost certainly better than before the debate. His comments about jailing Clinton are superseding those about women. But the Republican party is worse off. They are now committed far more firmly to defending him, and any effort to separate themselves is much more costly. The irony is that this was predictable. All Trump had to do was exactly what he did. Throw so many attacks at Clinton that at least won blew up, and not only would he change the narrative, but he would commit the party on his behalf. And in the absence of a plan, Republicans are much worth off than if they had rallied to Trump in the first place on Friday night, in which case the story, which became about how even Republicans had become offended, would never have become so serious. For their cowardice they will now suffer the worst of all possible worlds.