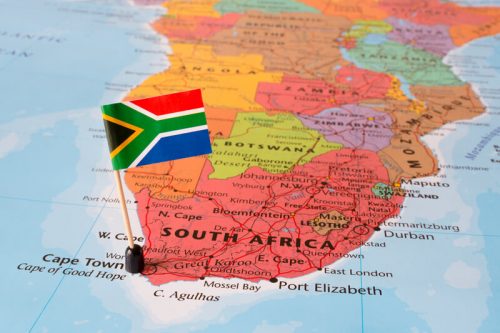 (This article was originally published on AMAC under the Pen Name Daniel Roman with the title "Battle Over Gun and Property Rights in South Africa Poses a Warning for America". I used a less partisan title here. )

A government determined to erase constitutional rights to private gun ownership? A crime wave that has seen the country approach warzone levels even before weeks of riots burned more than 1,000 shopping malls to the ground and forced the deployment of the army? A political opposition which stokes racial tensions to encourage the violence? COVID running rampant as the national and local governments accuse each other of politicizing the response? Are we talking about the United States? Thankfully, not this year at least.

But South Africa’s road from laboratory for liberal democracy to near failed state should still concern Americans. While many conservatives in the United States have rightly pointed to the similarities between liberal assaults on individual liberty at home and the underlying trends that led to South Africa’s democratic crisis, the even more urgent reality may be the failure of the world community – and especially the Biden administration – to take what steps it can to recognize and remedy this increasingly alarming situation.

South Africa in 2021, is, to put it simply, in a state of collapse. COVID-19 is now sweeping throughout the country in what is either a fourth or fifth wave depending on who is doing the counting. Officially, COVID is killing between 500 and 700 South Africans per day – the equivalent of 2,500 to 3,500 daily deaths in the United States – but the South African Medical Association suggests the real toll could be around three times higher. This has come despite two national lockdowns which crippled the economy and triggered riots when the government attempted to enforce them by banning alcohol sales. Then, in June, the arrest of former President Jacob Zuma on charges of corruption set off a wave of nationwide riots which forced the deployment of the army and pushed the country toward civil war.

South Africa was already in dire condition before COVID-19 hit, and Mr. Zuma bears a large degree of responsibility for the situation. Zuma was an almost comically corrupt figure, who introduced the term “state capture” into South African discourse by effectively trying to sell the nation’s assets off to a business family of Indian descent, the Guptas. His tenure also saw exponential increases in crime, corruption, and HIV cases. Zuma famously suggested that showering after sexual intercourse could cure AIDs, and bragged about the method’s effectiveness with his many wives.

The African National Congress (ANC), a leftist political party that has won comfortable majorities in the South Africa government since the end of apartheid, removed Zuma in 2018, replacing him with Cyril Ramaphosa. But the victory was a pyrrhic one for “moderates.” Ramaphosa became President, but Zuma’s allies held onto other key positions in the ANC, from which they waged a populist campaign against Ramaphosa, a businessman who owns several mining concerns, attacking him as a capitalist and “white,” despite the fact that Ramaphosa is of African descent.

Zuma supporters also sought to stoke ethnic conflict. Zuma was South Africa’s first and only Zulu President. Ramaphosa, like Nelson Mandela and Thabo Mbeki, is Xhosa, and the recent riots have taken on the undertone of a tribal conflict.

The unrest in South Africa is also complicated by an economic component, as the ANC has done little to solve the nation’s financial woes. Instead, they have offered concessions to extremists, such as Julius Malema, the Mugabe-imitating former ANC youth league leader who now heads the Economic Freedom Fighters (EFF) party. Earlier this year, Malema threatened to call on his supporters to join rioters if Ramaphosa called out the army against the rebels. Rather than crushing these domestic terrorists, who see a path to power in stirring up ethnic and racial resentment so they can establish a dictatorship, Ramaphosa and his allies have been appeasing them.

But despite the litany of calamities facing South Africa with regard to crime, COVID, and economic tumult, it was a constitutional crisis which ultimately sparked the most recent round of riots. The ANC had struck a deal with Malema’s EFF to amend the South African Constitution to allow for the seizure of private property without compensation and to remove the right to bear arms from private citizens.

Liberals in the United States have often mocked the idea that there is any link between the right to bear arms and other rights found in the Constitution, like the right to own property, but the ANC and EFF clearly felt differently. That the two reforms were pared demonstrates how inseparable they are. The right to bear arms is the right to defend property. Without it, individuals are entirely dependent on the police to defend their land or property – something made impossible in South Africa by the sheer magnitude of violence rocking the country. In the face of such unrest, South Africans of all races have formed vigilante groups to defend their homes.

This is not what the ANC or its allies want. They want to redistribute land and assets without the need to pay compensation in money they don’t have. The easiest way to do that is if property owners are physically driven off their land by mobs or criminals, at which point the government can claim the land has been abandoned and can therefore be seized without compensation.

While the government has tried to argue the riots “prove” that there are too many guns in South Africa, their effort has instead galvanized the opposition, with more than 200,000 people showing up to local consultations, braving COVID and riots to register their displeasure. The opposition Democratic Alliance declared “the amendments suggested would severely hamper any citizen’s rights to protect themselves – something that cannot be judged lightly, particularly given the wide-spread destruction and chaos that reigned in KwaZulu-Natal and Gauteng two weeks ago and left residents there to fend for themselves when the South African Police Service (SAPS) and other law enforcement agencies failed utterly to protect communities from violence and looting.” Sound familiar?

South African gun owners – and democracy itself – may receive a stay of execution due to the breakdown in relations between Ramaphosa’s ANC and the EFF following the riots. But Ramaphosa increasingly appears a spent force. He is reliant on the indulgence of the primarily white and mixed race center-right opposition parties to keep him in office out of fear that an even worse option like Malema may take his place, but this is a holding pattern that appears to be postponing the inevitable. They can keep him in office as President for now in exchange for delaying the constitutional changes, but they cannot force the ANC to keep him as party leader. The real danger will come if and when the ANC decides to ally itself with the street, having extracted whatever wealth it can from its middle class and white “allies.”

South Africa is still Africa’s largest economy. Its collapse into a failed state would represent what some would argue to be a geopolitical cataclysm. Given the history of the country, any crack up is not likely to be pretty. Joe Biden and other world leaders need a plan to stop South Africa burning if they hope to prevent a tragedy of vast proportions.