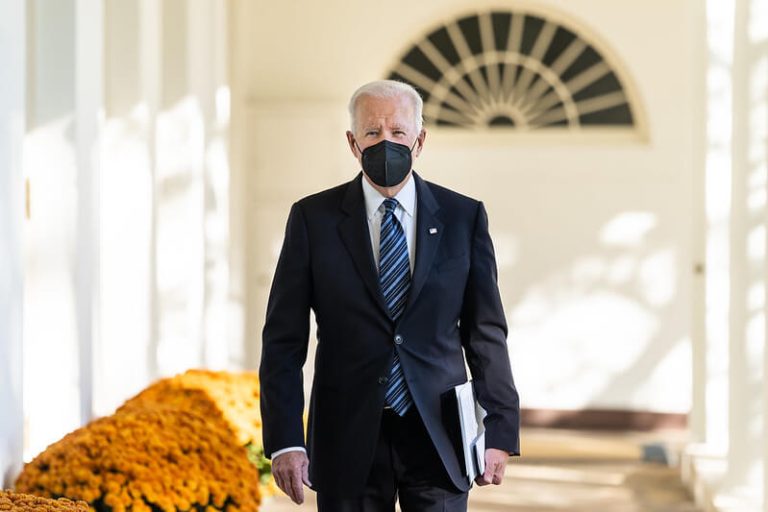 With Russian troops poised on the doorstep of Ukraine, U.S. National Security Adviser Jake Sullivan suggested on Friday that Russia plans to launch an invasion as early as next Wednesday. Der Spiegel, a German outlet, has also allegedly acquired detailed plans for a Russian attack, including proposed invasion routes. If Russia does indeed invade Ukraine, then there will be one clear reason: it will be because Joe Biden and his administration have fundamentally misunderstood Russia’s aims and worldview, and thus missed numerous opportunities to deescalate—leaving the Russians feeling (rightly or wrongly) that they have to do something to break the stalemate.

A few weeks ago, I outlined my skepticism that Vladimir Putin wished to either conquer Ukraine, or to escalate his long-term conflict with the West—and I stand by that analysis today. Russia’s behavior is a response to the passive aggression of U.S. policy since 2014–behavior that would force any Russian leader, no matter how pro- or anti-western, to take action to break an unsustainable status quo.

Oligarchies (and Russia is an oligarchic autocracy more than an individual autocracy as Saddam’s Iraq was) do not embark on wars lightly, especially when the physical and economic security of the entire elite and their families depend on the maintenance of the regime. The fates of the oligarchs and officials who grew up around the Yeltsin regime are ever-present in the memory of Russian officials today. The wealthy and powerful in Russia gain their status from their association with the political system and justify their status by the perceived “success” of that system. The failure of that system to properly serve Russia would delegitimize them. They would not lose reelection. They would lose their property, their positions, and if they did not flee fast enough, their lives.

If Russia is going to start a major international war, it is because the alternative is seen as holding a greater probability of failure than rolling the dice. Here is where the Biden administration has fundamentally and consistently failed to understand Russian interests, and therefore refused to seriously attempt to address them diplomatically. The Biden administration, whether honestly or because they wish for a conflict, has treated Russian complaints – about the loss of the Soviet Union, about promises broken regarding NATO expansion – as actual Russian demands, thereby painting them as delusional, impossible, and dishonest. This, in turn allows the Biden administration to create an impression that Russia is not negotiating in good faith but rather seeking pretexts for invasion in the rejection of their demands.

But these grievances are worth further examination. It is true Russia has brought up both Gorbachev’s abandonment of the Soviet Union and of the Russian position in Eastern Europe as mistakes. It is also true that they see NATO expansion as a betrayal. But despite airing these grievances, Russia has explicitly not demanded the annexation of any territory, nor has it demanded NATO reverse expansion, which has already taken place. It has not demanded Hungary and Poland leave NATO. In other words, these are complaints and observations, not demands they expect to be fulfilled.

What, then, does Russia actually want?

First and foremost, Russia is trapped in Ukraine. Since 2014, the lack of international recognition of Crimea has acted as a justification for sanctions on pretty much any Russian official or entity. This has had knock-on effects in Ukraine, where, egged on by Joe Biden, Ukrainian President Volodymyr Zelensky has used the pretext that anyone who suggested an agreement with Russia over the Crimea was engaged in treason in order to get around Ukraine’s own laws and seize the assets of political opponents, effectively shutting down the opposition media and the most popular party in the country. In the West, “Crimea” and “sanctions” are weaponized by politicians against their political opponents, as seen by how Democrats used “Russiagate” to undermine Donald Trump, eventually trying to impeach him, and by the media campaign waged in Britain to suggest Brexit was a product of Russian meddling. Russian politicians have concluded that lack of recognition of Crimea is actually not just a threat, but a situation that serves Western politicians well, as it allows them to beat their opponents with it and keep control of Ukraine by purging anyone who dissents as “pro-Russian.”

In the meantime, the Donbass region, which is occupied by separatists, has not just been an economic drain, but a cancerous influence on Russian domestic politics. Russia’s efforts to reach a settlement at Minsk which would return Donbass to Ukraine in exchange for influence in Kiev is (in the Russian view) not only is of little interest to Western politicians and Ukrainian nationalist politicians–who would much rather use a continued Russian presence to strengthen their domestic position–, but it has also turned the separatists into a source of opposition in Russia. Discontented paramilitaries have taken to accusing the Kremlin of being sellouts, attacking Putin as a traitor, and engaging in crime and violence. As one prominent example, Igor Strelkov, who played a key role in the annexation of Crimea and fighting in the Donbass before being removed, has turned into a loud Putin critic.

How can Russia escape? Well, this is where the analogies which Biden confuses for demands come in. The Minsk negotiations were a process by which Russia was going to give up the Donbass in favor of something. The problem is, it was obvious Ukraine, and the West were not willing to pay anything for it, as they concluded they gained more from the Russian occupation than they would from making concessions to end it. That still seems to be the position of the Biden administration. That leaves Russia the option of returning it unconditionally. Herein lies the analogy with Gorbachev.

In the view not just of Putin but many Russians, Gorbachev’s error was not in giving up the Warsaw Pact or any territory at all. Even in the eyes of the most extreme Russian nationalists, there were many components of the Soviet Empire which cost more than they were worth. Gorbachev’s error was in assuming that the Soviet Empire itself was the source of Western hostility, and that if he gave it up in exchange for goodwill, he would receive reciprocal benefits in return. Gorbachev abandoned East Germany, Poland, Hungary, and the Balkans. Not only were oral promises (such as the promise of a delayed, slow compromise process on German reunification, and talks over NATO membership) ignored, but the new governments in their former satellite states showed no gratitude. Rather than being “grateful” for Russian forces leaving, Poland and Ukraine became militantly anti-Russian.

When Putin and other Russian officials discuss the end of the Soviet Union and Western betrayal, they make two points. First, the lesson that unilateral withdrawal earns not goodwill but greater hostility. Every region from which Russia has willingly withdrawn has turned hostile. As such, there is no reason to believe that if Russia withdrew from the Donbass, Ukraine would respond by being friendlier to Russia. Rather, the conclusion is that it would vindicate anti-Russian Ukrainian nationalists who would then push for an even more aggressive policy in the expectation the same strategy would work in Crimea. Second, Russian leaders are convinced, not without reason, that U.S. promises are worthless.

Putin or any Russian leader, therefore, cannot withdraw from the Donbass in exchange for nothing, much less in a way that is perceived as vindicating U.S. sanctions and Ukrainian anti-Russian defiance. That is what they have been saying. Nor can they accept abstract statements of goodwill. That is what the references to the 1990s reflect.

What then can they do? There are two politically acceptable options. The first, ironically, is for the Biden administration to take a very hard line. While the Russians cannot withdraw unilaterally, there is a long tradition in Russian history of withdrawing in the face of overwhelming force. If the Russian elite can portray the U.S./NATO forces present as overwhelming, they can justify concessions. These would, of course be painted as temporary, but it would resolve the current conflict without war, and, if it eliminated the problems of the Donbass, might pave the way for improved relations.

Biden has already rejected this option. By ruling out the use of American force, he has advertised weakness. He has not even bluffed. By making clear the U.S. will not fight for Ukraine, he makes it impossible for Putin or anyone else to justify concessions on the basis that Russia cannot win militarily and had no choice but to stand down. The United States has undercut that argument.

That leaves the second and final option. This is one in which any settlement must involve a demonstration to Ukraine that the West recognizes the futility of a hardline anti-Russian policy. This means that the West must be made to abandon Ukraine, thereby proving to the Ukrainians that any settlement must be made with Russia. Ideally, this would be accomplished by bluff. If the West were to recognize the Crimea as Russian and drop sanctions, it would represent an abandonment of Ukrainian claims and tell the Ukrainians that NATO is not a route to recover the Crimea. Putin in fact hinted last week that Russian concerns about Ukrainian NATO membership are related to continued Ukrainian claims to the Crimea, suggesting that if Ukraine joined NATO, it could force a war between the U.S. and Russia by trying to take back the Crimea. Such a settlement would also probably involve a recognition that accepting Russia’s influence in Ukraine is not treason, the justification used to repress pro-Russian politicians and media and prevent Russia from achieving influence legally.

Russia would likely prefer to resolve these issues peacefully. But the Biden administration is not even acknowledging the existence of these issues, much less considering concessions which will involve domestic costs. If the West and U.S. will not force Ukraine to recognize the Russian presence in the Crimea and will not provide cover for a Russian stand down through a hardline approach, then Russia (in the minds of its leadership, if not in fact) has no choice but to use force and compel Ukraine to accept that “reality” at gunpoint.

None of this should be taken to mean that I am arguing Russia is in the right, Ukraine in the wrong, or that the U.S. should concede. Rather, this is simply the fact of what is happening. Nations pursue their own interests, and the international system often works best when they are honest about that. Russia has interests that any Russian leader, not just Putin, would recognize. The U.S. has interests as well. The U.S. has to make choices and judgments about how to pursue them. If the U.S. is not willing to use overwhelming force to compel Russia to back down, and yet is also unwilling to discuss accommodating Russian interests peacefully, it leaves Russian leaders feeling they have few options; namely, the choice between pursuing the “discredited” strategy of Gorbachev, or gambling on their own strength. After Afghanistan, Biden has all but invited the Russians to do the latter.

Biden needs to offer a way out, be prepared to fight, or accept the consequences.