Moscow December 25 1991: The Last Day of the Soviet Union 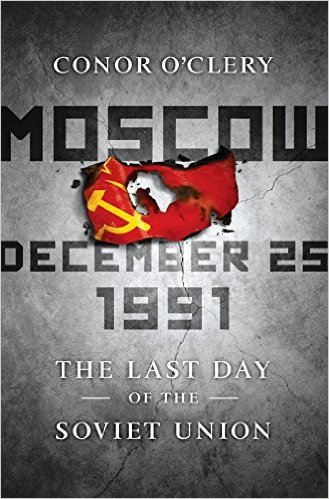 Given its implications for the geopolitical, economic, and even cultural shape of the world, the actual end of the Soviet Union has received remarkably little attention outside of academic studies, which in turn tend to focus on specific localized aspects. The difficulties of economic reform in Russia, post-breakup conflicts in ex-Soviet republics, and the rise of Vladimir Putin. On the mainstream side, the focus tends to be on the deescalation of the Cold War during the late 1980s, usually culminating in the fall of the Berlin Wall and the end of Communism in Eastern Europe. The following two years of Soviet history tend to be seen as a denouement, with events leading inexorably towards the breakup of the Soviet Union itself. The tendency to see the breakup of the Soviet Union as the inevitable endpoint of the process of Communist collapse, a view also adopted towards the fate of Yugoslavia, is one that is shared by Russian nationalist around Vladimir Putin as well. To them, the idea that the Soviet Union could somehow abandoned Communism without collapsing and instead become a multi-ethnic, pluralistic democracy is a fantasy. A fantasy that led Gorbachev, Yeltsin, and those around them to sell out Moscow's interests to the West before destroying their own state.

Conor O'Cleary, who covered Moscow for the Irish Times, was witness to these events, and while he is definitely part of the inevitability school, he was close enough to those involved, and has written with the benefit of enough hindsight to view the entire process as tragic. In fact, one could describe the book as a tragedy, albeit in the form of narrative non-fiction. Ostensibly a chronicle of the final day of the Soviet Union, each chapter, usually covering an hour, is followed by a flashback which provides a political history of the Soviet Union going back to 1985. At the center of this narrative are two men, Mikhail Gorbachev and Boris Yeltsin, bitter political rivals. While both receive biographical coverage, Cleary is far from impartial. Gorbachev is treated far more sympathetically, not only in terms of his reforms and efforts to keep the country together versus what is portrayed as a a set of illegal power grabs by power hungry local warlords, but because his family, especially his wife Raisa, feature in the narrative in a way that Yeltsin's do not. While we later see Yeltsin's reasons for grievance, Gorbachev berated him into attempting suicide then had him dragged from a Hospital bed while drugged in order to attend a Central Committee meeting at which he was sacked, Yeltsin's image never recovers from the structure of the book. It is Yeltsin's petty harassment of Gorbachev and his family in December 1991 which we see first, and that image never leaves.

On a wider political level as well, Gorbachev's efforts after the coup in 1991, and even the August coup plot itself are portrayed as patriotic efforts to respond to an unconstitutional series of power grabs by republics. In this sense the book mirrors Susan Woodward's a Balkan Tragedy which posits that the real anti-liberal forces in Yugoslavia were the elected republican governments which obstructed efforts to build a democratic central government as it would limit their own power. That the tail end of the book, chronicling the last months of 1991, seems to treat Gorbachev's failure to launch a second coup and somehow arrest the process of breakup, echoes Woodward's defense of the Yugoslav People's Army, and seems almost fantastic considering both the failure of the earlier coup and the international climate.

This is not to say the book is bad. It is in fact excellent and I would highly recommend it Nonetheless, it is clearly biased. I would also add that I do not entirely disagree with the viewpoint O'Cleary expresses. I do believe that if possible, it would have been preferable to maintain an intact and democratic Soviet Union. Such an option would have avoided the frozen border conflicts that have so bedeviled post-Soviet states and prevented the entrenchment of party leaders as local dictators as happened in Central Asia. But at the end of the day that was not possible, for the exact reasons why the effort to accomplish exactly that in August did not succeed. Perhaps a more explicitly liberal "coup program" combined with better planning might have succeeded, but the Yugoslav army promised national multiparty elections within six months in their provisional coup program and could not find a buyer.

Anyone looking for a narrative history should check it out. For a more evenhanded account, also consider checking out Sergii Plokhy's The Last Empire: The Final Days of the Soviet Union. 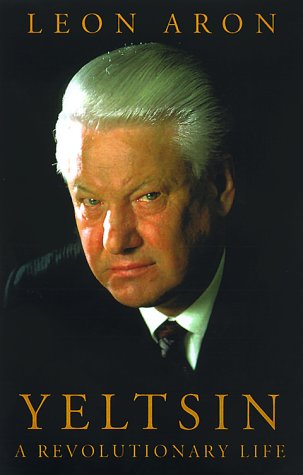