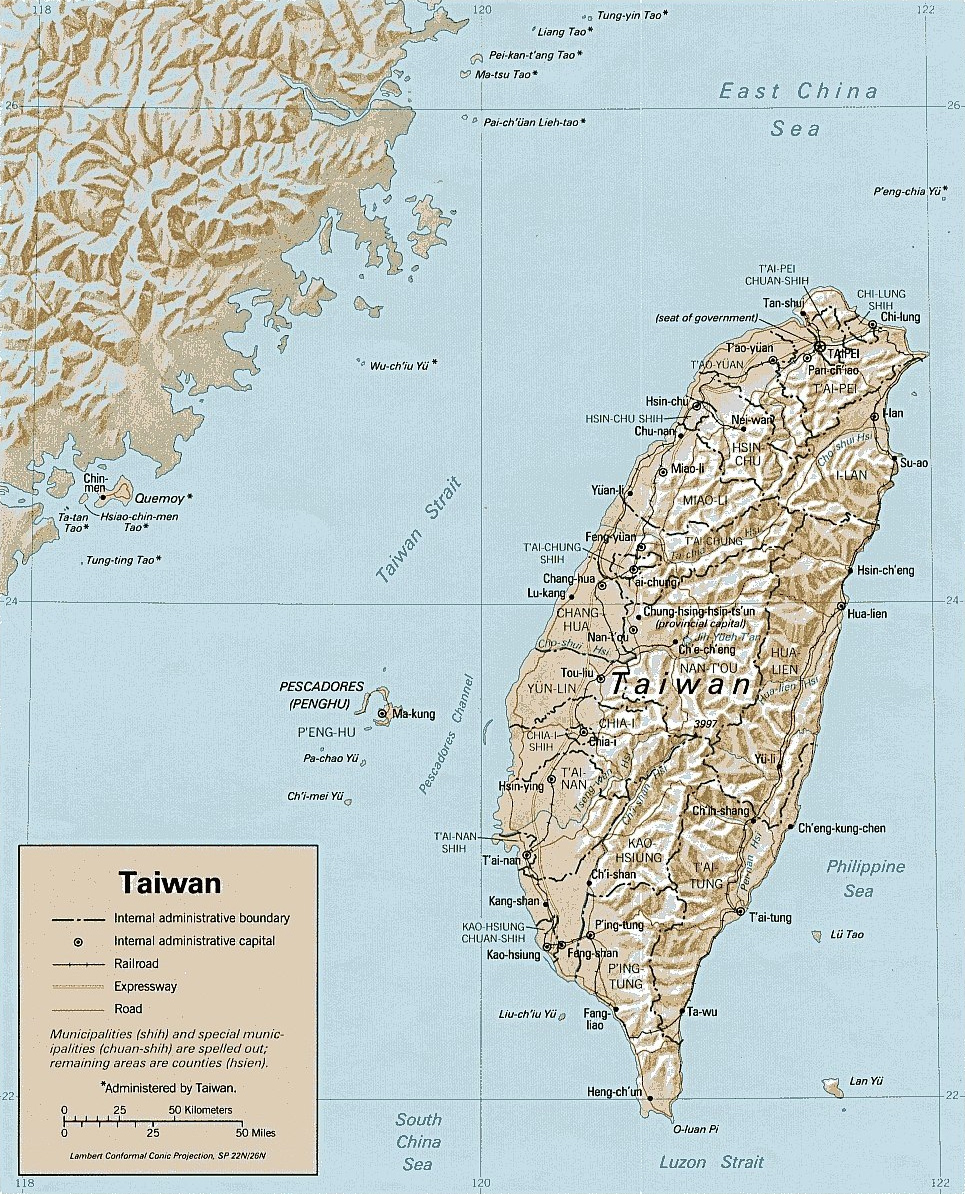 For the last few weeks American politics has been stuck in a cycle of "Trump Outrages". President-elect floats an idea, nominates a figure, or otherwise does some action which triggers a response, which then diminishes until like clockwork a new outrage sparks controversy 48 hours later. The most recent one, that Donald Trump accepted a congratulatory phone call from President Tsai Ing-wen of Taiwan, came on the heels of the Pakistani release of the transcript of a highly informal conversation between Trump and Pakistani Prime Minister Nawaz Sharif. While Trump's call with Sharif was mostly cited for the tone - Trump was accused of being too ingratiating - an ironic charge for a man speculated to be too abrasive to handle international relations, the issue with Tsai was his decision to take the call at all.

The call violated a cardinal tenant of US policy for decades, namely that the United States recognizes the integrity of Chinese territory as it existed in 1945, and the legitimate authority of only a single government over its territory. Between 1949 and 1977 this resulted in a situation in which the United States recognized the government of Republic of China, headquartered on Taiwan, as the legitimate government of all of China despite controlling nothing on the Mainland. Taiwan occupied China's UN seat, and the battle for recognition between Taipei and Beijing became a part and parcel of the Cold War in every capital of the developing world, not to mention an opportunity for local regimes to shake down Washington for money on the basis of an issue that they could care less about.

That changed in 1979, when the US formally recognized the People's Republic of China. This meant, by implication, ceasing to recognize the Republic of China on Taiwan. Recognizing Beijing was a necessary concession to winning the PRC as an ally in the Cold War, but actually abandoning the island to the mercies of the Communist regime would have been politically suicidal, as the 1950s hunts into "Who Lost China" testified to. The result was the Taiwan Relations Act, regulating US relations with Taiwan. It does formally withdraw recognition from Taipei but it also reaffirms the 1955 defense treaty obligating the United States to defend the Republic of China if attacked, and, relevant for the recent controversy, allows for the maintenance of informal diplomatic relations. There is some ambiguity within the wording. The US is obligated to defend the possessions of the Republic of China, not of any entity called "Taiwan" and this has been used in the past when various Taiwanese governments have provoked a crisis with Beijing through moves towards independence in order to imply that any US obligations would be voided by such an act.

In practice, however, there has been an unspoken agreement that the US would recognize Chinese sovereignty over Taiwan provided China made no effort to exercise it.

Trump's offense, then was not to take the call from President Tsai, previous Presidents likely have done so, but rather to allow information about the call to be released publicly. There is some disagreement among observers as to whether this was a deliberate statement of policy, or an accidental release. It really does not matter. Even had it not intended to be released, the Trump transition team doubled down on it. And why not? The attacks that poured in,accusing Trump of endangering US relations with Beijing were the greatest political windfall since James Comey's announcement of the renewed probe into Hillary Clinton's emails.

Yes, there are very many serious people arguing that this move breaks with precedent and endangers relations with the PRC. But even if we buy this, and evidence so far indicates that Beijing will let it slide since it has no more desire for a rupture over this than the United States, the optics are dreadful. China is not a popular entity among the American public. The China-philia of members of the American elite, represented by Thomas Friedman of the New York Times among others, has never been shared by most Americans who see China as a strange, threatening dictatorship which abuses its own people, steals their jobs, engages in uniquely horrifying human rights violations(organ harvesting, forced abortions) and constantly provokes fights with the United States internationally. At the point at which part of the motivation for Trump's election was the belief that the American political elite was too deferential to China, especially on trade, and has been for a long time, being accused of not kowtowing to China is an enormous asset. In turn,warning that China is "too important" implies both a lack of faith in America's own strength, and a willingness to sacrifice principle and the interests of the country in order to maintain the status quo.

That does not even touch on the principle. Taiwan, in contrast to China, is seen as a democracy, and the idea that Trump should favor Beijing over them looks cynical at best. Add to the fact that Trump appears to have merely taken a congratulatory, and not initiated any new policy and the reaction looks overblow. It is true that the symbolic value of the call in terms of a situation defined largely by symbolism is important. But much of that importance is lost on the casual observer, while at the same Trump's critics likely exaggerate how much China can afford to actually due about American actions which stop short of actual concrete attacks. China, after all is as dependent on the US, if not more so than the US is on China. The US needs Chinese imports to keep prices down, but the Chinese economy is entirely demand driven, and it needs the American market lest it collapse like a house of cards. Even the much vaunted debt would probably inflict more damage on a China which tried to use it than on the US. US debt is serviceable because investors feel there are fundamental strengths to the US economy. Those would still exist in the event China tried to wage war on the dollar for political reasons and while it would create risk, investors would still expect the US to be there in a decade. Whether the PRC itself would be around would be less clear. In short, a break with China would cause a recession in the US, but the complete collapse of the Chinese state.

For that reason, Trump has the leeway to escalate this dispute for domestic reasons. And his critics have obliged him. As with George Bush, they have seized on a narrative of stupidity and incompetence, evidenced by Alex Baldwin's SNL portrayal of Trump, rather than criticism of policies on their own merits. As such, they easily fit actions into a preexisting narrative of incompetence, seeing only opportunity to make hay of the unfitness of the administration for office, and missing the political danger of being drawn into a debate on policy merits they are poorly equipped for. In the grand scheme of things, neither the phone call, nor the reaction will matter. But if they represent a pattern, which everyone on both sides asserts they do, then it is one that is ominous for Trump's critics. They are already repeating the mistakes of the campaign, attacking Trump on policy positions where he is more popular than elite opinion on the presumption that no one can agree with him. That worked poorly for Clinton on trade and Syria. It is already going badly for critics on foreign policy.