The Overdue Decision to Cut America's Losses in Syria 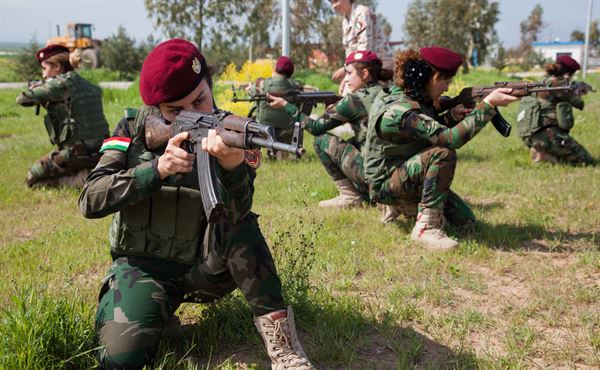 Buried under further Russia-related allegations(this time about Attorney General Sessions), as most developments tend to be these days in Washington, was the announcement that the United States was ending support for Syrian rebels fighting against the Assad regime. Preexisting critics of the Trump Administration, as well as long time advocates of neoconservatism or confrontation with Iran were quick to assail the decision and even to make efforts to tie it to some desire to appease Moscow, though the absence of Senator John McCain for medical treatment robbed them of perhaps their strongest voice. Ultimately, however, the decision called a halt to a policy that was if not failing, pointless. Senator Albert Gore Sr., father of the former Vice President, once asked regarding the Vietnam War "What do we get if we win?". In a single sentence, he highlighted the flaws of a military strategy that had no clear political objective. It is a lesson of history, taught not just in Vietnam, but in Germany's war against the Soviet Union, that without a viable political objective it is impossible to set achievable or meaningful military ones. In their place surface illusionary ones, arbitrary tactical benchmarks whose achievement it is hoped will lead to something useful coming up.

The fatal flaw of American, and for that matter Western policy in Syria, is that it has lacked any political objective, and thereby rendered the achievement of any military objective pointless. At various points Barack Obama has declared the removal of the regime of Bashir Al-Assad to be the objective, and nominally it remains so, but when forced to find an attractive alternative, he struggled. ISIS, of course cannot be allowed to win, and many of the rebel groups hold links to Al Qaeda or other extremists. The most stable, the Kurds, are not an option due to the hostility of Turkey, and they have been in de facto alliance with Assad for the better part of the last two years, meaning the US is cooperating with the Kurds who in turn are working with the Syrian army against ISIS. Western hopes have nominally rested on so-called "moderate rebels" but six years has revealed little evidence that such groups exist, much less that they are anywhere near significant enough to possibly govern after Assad's fall. US support, such that it is, basically amounts to providing weapons and support to various phantom organizations which spring in and out of existence, perhaps in the hope of preventing an Assad victory, though even there the weapons have been insufficient. Furthermore, it is unclear at this point whether that is even desirable when the continuation of the Civil War, and the consequent refugee flow into Europe, is the major destabilizing element of the Syrian conflict.

Donald Trump ran for President raising these questions and advocating fighting one war at a time in Syria, implicitly endorsing accepting an Assad victory. He did so successfully against some of the loudest proponents of intervention, Senator Marco Rubio in the primary, former Secretary of State Hillary Clinton in the general election, both of whom suffered from their inability to somehow add an achievable or desirable objective to their pontificating about the need for American action. The story after taking office has been more mixed. Undermined by the departure of National Security Adviser Michael Flynn, the greatest voice screaming about the futility of current policy in Syria during the Obama Administration, and worried by the sure to follow charges that any acceptance of Assad would look like appeasement of Russia, the Trump administration has pursued multiple tracks. Several months ago, outraged by photos of victims of chemical attacks supposedly launched by Assad's forces, the President ordered military strikes on Syrian airbases. But he stopped short of a definitive restatement of US policy goals.

The surprise then has been not that the conclusion of cutting off aid to the Syrian rebels was reached, but that it took this long. The policy served no point, and it was largely domestic American politics and the personal stubbornness of the bipartisan foreign policy apparatus which kept it going. Ousting Assad with "moderate rebels" especially once the Russians and Iranians entered on the other side, became a mark of pride for the CIA and Obama national security team, and to abandon it meant conceding defeat to their personal rivals. Hence their fury aimed at Trump. It is worth noting that their criticisms almost entirely focus on his potential motives and not on a any sort of defense of the policy, of which there is next to none.

It also highlighted the major flaw of the Obama Administration's approach to national security. That flaw was not that the policy was too left-wing or too-right wing, too appeasing or too hard-line, it was all of those things in all measures depending on the year, adversary, and issue., The common thread was that Obama, a product of a post-1980s academic culture stressing expertise and a cult of meritocracy, outsourced virtually his entire policy to experts. In awe of expertise, Obama was intimidated by generals who surrounded himself with and allowed them to all but write US defense policy without much intervention. He failed to exclude the skepticism years of experience had ingrained in Dick Cheney, Donald Rumsfeld or even Robert Gates, after whose departure the CIA and academics brought into the State Department by John Kerry ran US policy on lines of fanatic conventional wisdom when they weren't pursuing bureaucratic self-interest. The entire crisis over the Ukraine and Crimea should never have broken out. The EU had no interest in Ukrainian accession, the US none in bringing Ukraine into NATO. US Diplomats and propagandists managed to persuade the Ukrainians that both were on offer if only they ousted their President and the result was to land the US in an unending low-level conflict with no objective, and from which it could win nothing. Syrian policy, driven by Samantha Power's moral outrage over Assad's brutality, Obama's personal hostility to Putin, and the desire of US agencies to fight a proxy war against their Iranian and Russian counterparts was an equally strategically bankrupt policy.

That Trump ran on abandoning this indulgence, not that he seemed friendly to Russia, drove the almost uniform hostility to him among national security professionals. That many of these changes could be spun as being friendly to Russia was only an added bonus to their campaign. The fact that they are facing pushback on their ability to set policy for awed civilians whose only international experience was IR seminars at liberal arts colleges and a year abroad now that those 30-somethings are actually trying to tell them what to do is driving the unprecedented campaign of leaks.

Does any of this mean there is no Russia component to Syria? Of course not. There was an American component to the Soviet withdrawal from Afghanistan. But that did not mean it was not a wise idea. But the fact that the US would see it as a victory did not change the fact that it already was a Soviet defeat, and would only become a more costly one the longer it continued. The opposition to the change in policy here is less about fears of consequence, or the fact that the Russians might see it as a success(as Trump promised it anyway, and the aid was having a minimal impact on the ground against their allies) and more about the precedent it sets for Trump to set it. And that is the biggest change we are seeing.