Reflections on Orlando: A Turning Point in LGBT Politics in America? 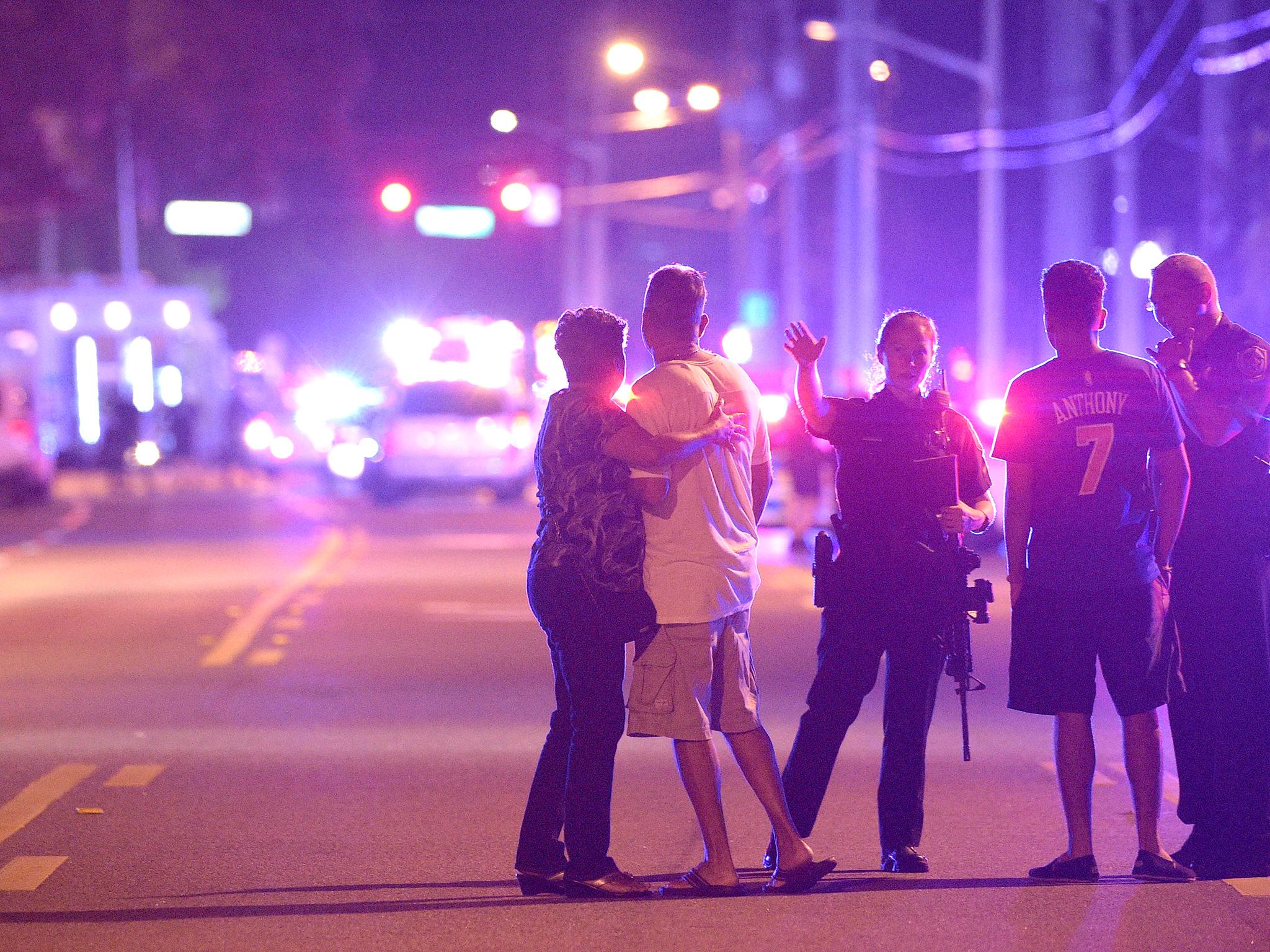 I have never been among Owen Jones' greatest fans, at least in his public persona. The Oxford-educated Guardian columnist always struct me as representative of the contradiction at the heart of the new left at elite universities. A graduate of the UK's top university, and perhaps the most gay-friendly institution in the world, Jones made millions out of selling a perceived solidarity with the disenfranchised, whether it be the white working classes a response to whose alleged right-wing demonization earned him a fortune with the best-selling Scavs, or Islamic fundamentalist groups at home. At the same time, he moved in circles and expressed values diametrically opposed to those held by many of these groups - on trans rights, on feminism, on liberal shibboleths such as body image or gender relations - with an an uncompromising absolutism which implied that all disagreement was malicious. He lionized the anti-austerity campaigners of PODEMOS and SYRIZA while moving in London circles which were decidedly bourgeois, if he never embraced the worship of affluence and status so common to many younger gay men in London.

In a sense, the latter is a clue to the contradictions themselves. Rather than being a product of malice, opportunism or cognitive dissonance, Jones represented the competing pressures placed upon young gay men in British society, at least within the levels in which he moved. The Left is unquestionably socially progressive at a time when social progressivism is unquestionably bourgeois. Dedicated to the principle that oppression is defined solely by the oppressed, they are dedicated to embracing any instances of oppression brought to their attention. And those with the largest megaphones with which to broadcast their concerns, are decidedly bourgeois. Hence concerns of body image, emotional trauma, and gender dominate discourse.

This consensus has always sat uneasily with gay culture, and when I speak of culture, it is worth specifically using that term, rather than LGBT or Queer. Whatever principles may guide the statutory organization of university groups or the slogans of political activism, to speak of a unified LGBT or Queer culture, at least at the mainstream level is  nonsensical. Socially, gay men, lesbians, and the trans-gendered mix like oil and water. At major gay venues, of which the Heaven nightclub in London is the largest in the UK, non-male members of the LGBT community are thin on the ground. After gay men, the largest demographic group is likely heterosexual women, and the two probably encompass 85%+ of the audience.  And while politically both groups are impeccably progressive, at least publicly, the values sit uneasily with the actual institutions by which they live.

For whatever its politics, gay male society in London is rigidly hierarchical, on levels of appearance, class, and in many cases race. Entry, often under the guise of policies regarding membership or perceived intoxication, is blatantly discriminatory on the above factors and gender. Inside, the social dynamics of clubs function on a complex dance of networking, and success, both social and sexual, is dependent on how well one plays them. Play them well, and it is possible to earn invitations to after parties or dinners in the apartments of the wealthy and elite, and sometimes even jobs. In practice, most attend in existing social formations - by university, employer, home town - and the goal is to use mutual acquaintances to jump into other circles at points of overlap. At that point one is no longer restricted to their existing affiliations, but can move within the new ones as well. Sexual promiscuity exists, but the most successful use it sparingly, lest it be devalued, and highly selectively. The hazards of permanent estrangement recommend against using it with anyone with whom one is too close, or who is too close with too many others.

In contrast to the ideal progressive world advocated by the op-ed pages of the Guardian, or the slogans of feminism and LGBT activism, the London gay social scene is a Darwinian world which rewards a combination of intelligence, genetics, and privilege. Sufficiently Darwinian that any of three, especially the former, can be a ticket to success without access to the latter, it shows little sympathy for those who fail to exhibit any. There is little consideration of the implications for a culture of "slut shaming" by an environment which considers as misspending of sexual capital through excessive promiscuity as devaluing the individual themselves and justifying shunning. Nor would anyone even dream of implementing at 1AM the sort of principles they assert at 1PM on Facebook regarding how as for protein supplements asking if one is "beach body ready" . Whatever noises one might make about solidarity with the genderqueer, or racism is not likely to be applied either, at least not by anyone with any expectations of success.

The result is a duality in gay life. The gay world of the day is one of public politics, dominated by conformity, total and absolute appeal to progressive principles, support for every and any campaign advocated on social media, and hounding of anyone who would question such causes. On the other is the gay world of the night, where political liberalism and principle gives way to Darwinian competition, networking, and a dog eats dog world where the weak, ugly, and vulnerable are treated with contempt. The great irony is that these are not dominated by different individuals. Rather they are inhabited by and large by the same, and this segmentation of personality and world is justified by segregation of culture. One is the public world, where one is forced to engage with those outside. The other is private, reserved to members of the "community", references disguised by a knowing nod or raised eyebrow. The privacy of the latter is jealously guarded, and the right to such a separation has become a "right", no less vital to gay or "LGBT" liberation than demands for public solidarity.

On Saturday, in Orlando, the first world invaded the second. Disregard for a moment reports that the shooter may have been a regular at Pulse. That may or may not have been the case, and if it is the latter it carries a number of implications, but when most individuals reacted on Sunday, such information was unknown. For someone like Owen Jones, or myself, or countless others, what happened is that players in the first world, that of the day, ISIS, international affairs, Islam, gun control, invaded the second. Not only did they invade the second, they ripped the heart out of the heart of it, at least as regards the people of Orlando.

The sense of violation caused by this invasion was inconceivable, especially when one considered it could have happened anywhere. Pulse might only be in Orlando, but anyone in London could imagine for the first time what it would have meant for there to be an attack on Heaven, or in Oxford on Plush, or in Washington DC on Town.

In sheer randomness and disproportionality this was unthinkable enough. For the media, 52 people died in the worst terrorist attack on American soil since 9/11. But anyone anyone reflecting, as Owen Jones must have been, that the attack could have been at Heaven or their local club, the importance that the attack involved not merely “terrorism” in abstract, that issue one discourses about on Facebook in a politically correct vain, but terrorism entering a private world only they knew, the idea that those with no understanding of entrée to it would be presume to lecture about issues of the “day” such as gun control was offensive and invasive.

This was true all the more so for the sheer randomness. For anyone in the gay community in Orlando, what happened was a devastation of a cross-section of their community, one that cut across social groups. It is doubtful a majority of the gay community of Orlando was at Pulse that night, especially given the specifically Latin theme(though that concentrated the impact all the more), but the impact was on a crossection. Most young gay men in London are not Heaven any particular night, but the majority attend at some point, and their social circles will be represented. That the Imperial College, London School of Economics, or Goldman ones might include different individuals on different nights would not mean they would not all be present in some form any given Saturday, or that therefore almost everyone would be touched. And it would it mean that those who did not attend would be forced to reflect on the sheer randomness. Why were they not out that evening? Did they have a fight? Was it a feeling of laziness? Whatever it was, it meant they were still standing.

The latter is important and transparent for any group of survivors. But it is the former that redoubles the sense of violation, and also explains the defensiveness with which many gay men responded to the attacks. And it is also what will determine the long-term implications politically. There has been some discussion of the future of gay politics. This discourse has mostly focused on whether fear of Islam will drive gay voters to the right. The idea being that the support of many on the left for refugee resettlement from the Middle East and a perceived unwillingness to stand up to radical Islam will undermine gay support for the left. But that is far less important than the fact that on a much deeper cultural level, the society that gay men have by and large built for themselves is in direct conflict with those that modern liberals espouse publicly. For years it has been possible to maintain that wall, and if anything, its absolutism has reached a level of near parody in recent years. But that wall was broken on Saturday in Orlando. Perhaps it can be rebuilt. But if it turns out humpty-dumpty cannot be put back together again, millions will have to question how they can reconcile the values they espouse during the day and those they live by at night. And if they go for the latter, concerns about immigration and Islam will be the least of the reasons for gay men at least, to find themselves at home on the right.