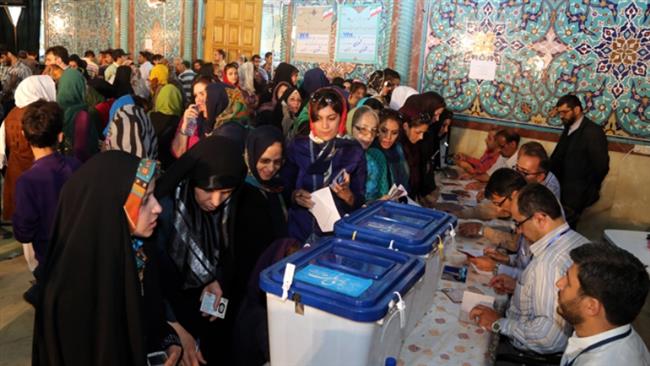 Coverage of Iran’s recent Presidential election has largely focused on the landslide victory of incumbent Hassan Rouhani over his Principalist challenger, Ebrahim Raisi. While the 57-39 margin was reassuring, and satisfied the jitters of those who remembered 2009’s election night all too well, Raisi’s candidacy itself was evidence that Iran’s “hardliners” were phoning it in. Despite discussion of his prospects to succeed Ali Khamenei as Supreme Leader, Raisi was far too conventional a pick to ever have much chance of victory. An official of the hated Iranian Judiciary with involvement in repression both during the 1980s and 2000s, his most recent postings have been to the religious foundations whose multibillion dollar endowments provide the Supreme Leader with his power of patronage. If one wanted to produce a generic representative of the Iranian establishment, Raisi would have been it. He lacked either the management chops added by Ahmadinejad or Qalibaf’s tenures as Tehran mayor, or the maverick personality of the former. History has shown that when candidates who look like Raisi run they do poorly, usually winning less than a third of the vote as happened in 1993, 1997, 2001, and arguably to Saeed Jalili in 2013.  His very candidacy indicated a decision to let Rouhani slide rather than to try and remove him, and the decision of Qalibaf to withdraw was likely more about saving face for Raisi, and by implication Khamenei, and to avoid the embarrassing prospect of a third place finish, than about trying to win.

The Presidential election was not the only contest to take place on May 19th however. Also scheduled to coincide for the second time with the Presidential ballot was voting for Iran’s local councils. Introduced by the Reformists in 1999, they have been a stronghold of Iranian hardliners since 2003. Tehran has been controlled by “Principalists” since then, first under Mahmoud Ahmadinejad, and then Mohamad Qalibaf. Even in 2013, amidst Rouhani’s victory, the Reformist list came up short, securing 13 seats to 16 for Principalists and 2 Independents. This year, however, there was a clean sweep, with the Reformists securing all 21 seats allocated in the first round. The result was repeated in other major cities with the Reformist list winning all of the seats in Mashad, Isfahan, and Tabriz, and all but one in Shiraz. Only Qom, the center of the religious hierarchy, resisted this tide, not least because the Guardian Council was far more aggressive in vetting candidates there.

On the one hand, this is the result of the popularity of Rouhani. On the other, it is a consequence of the actual powers wielded by the President, limited as they are. Two layers of vetting away any candidate wishing to run for office in the Islamic Republic. First the must gain the approval of the Ministry of the Interior and then they must receive the approval of the Guardian Council. Contrary to the predominant views in the West, the Guardian Council was not the major source of trouble for Reformists during the late 2000s. During the years 2000-2004 it did take the lead in purging Reformist candidates, but the victory of Mahmoud Ahmadinejad brought to office a highly partisan Interior Ministry which rejected candidates opposed to the President, both Reformist and anti-Ahmadinejad conservatives, that the Guardian Council generally functioned to reinstate candidates. In any event, the Council lacked the resources to aggressively purge every candidate for local office across the country, which made the Interior Ministry the major aggressor in the maintenance of “Principalist” control of local governments. Rouhani’s election changed that. The Interior Ministry, now controlled by a Rouhani appointee did not have the power to approve any candidate who wanted to run but it did have the ability not to block them, leaving the onus on the Council of Guardians. The Guardians did play politics with that role(while also for good measure blocking an attempted Ahamdinejad comeback) but their ability to do so at the local level was only capable of preventing the victory of various prominent Reformist individuals, not blocking a Reformist takeover full stop. The proposal floated by the Council to bar non-Muslims from running proved a non-starter, and the Council decided to avoid a direct confrontation with the Parliament and Interior Ministry on the issue.

The local elections therefore represent the closest thing to a genuinely free election Iran has seen since the 2000 Majlis elections when the Reformists also won above 60% of the vote. As such they highlight even more than the Presidential race, what tends to happen when individuals are allowed to run against candidates of the Iranian establishment.

What this means going forward is a more complicated question. Opinion tends to divide into the view that it means nothing, as the power of the Leader over the Judiciary and security forces remains absolute. On the other side are those who see a prospect for revolutionary change in even the most minor of developments. The truth is probably in between. For all the talk of a "Supreme Leader", the word "Supreme" occurs nowhere in the farsi word "Faqih" and is rather an innovation of Western translators, albeit happily adopted by Khamenei's professional flatters. In practice, the office of "Faqih" resembles that of a Pre-WWII Japanese Emperor or at most a first century Roman princips. Its theoretical authority is absolute, but its direct executive power is minimal and undefined. The intention of the Islamic Constitution was that the power of the office would be defined by the man, not the post. An ideal Faqih would be a man of such universal moral weight, such as Khomeini that the very implication of his favor or disfavor towards a policy would prompt a response which would negate the need to ever exercise the theoretical powers. Ali Khamenei, not even an Ayatollah when he became Faqih in 1989, wielded no such authority and was forced to build up a constituency both within the religious community and the judiciary, which he did by using his power of appointment, both of judges, but also of the management of the religious foundations which inherited the Shah's vast properties.These appointments allowed Khamenei to control a large section of Iran's economy and to build up an entire bureaucracy dependent on the Leader's office rather than the formal government. But this was an innovation, forced on Khamenei due to his weakness, and the result has been to limit what he can with his power. Because his "party" is not ideological, he is forced to borrow that of others. He was willing to try to play an impartial role with the Reformists in 1997-1999 until it became clear they were aiming at the power of his office through attacks on the structure of the judiciary and religious foundations. His efforts to align with Ahmadinejad proved a disaster. The current balance, where a deferential Reformist leadership satisfies popular desires while remaining on notice seems as close to an ideal as he has managed, but it is unclear if it is a situation that will work for his successor, who may be either a partisan figure himself, or a non-partisan figure of such minor stature that the office will become impotent as the new leader is forced to build its influence from scratch as Khamenei did in 1989. Such an environment would be dangerous as it would leave the individual Khamenei appointed unrestrained in their quest for self-preservation.

A large portion of the Iranian elite, both moderate Reformist(Rouhani) and moderate Principalist(the Larijiani brothers, one of whom may be a succession candidate, Ayatollah Mahmoud Shahroudi, another potential compromise candidate) recognize this danger and seem determined to place a limit on partisan competition until the succession is resolved, lest it elevate the struggle into a zero-sum conflict that could destroy the state. This is a win for those who favor gradual liberalization, and a loss for those who see that as gradual westernization or alternatively seek to make Iran a secular state overnight. Rouhani's behavior will likely be influenced by the tactical bargain that contributed to his reelection. Moderate Principalists forwent a serious challenge by running Raisi and allowed Reformist control of local governments, and Rouhani will in turn not use that control to attack them or force a confrontation over the Judiciary. That is bad news for those leaders still under arrest for their role in the 2009 protests, but good for stability. In Foriegn Policy, both groups likely see closer relations with Europe as a desirable check on the United States and the re-imposition of sanctions regardless of their views of the current administration. That will also act as a limiting factor on policy.

Iran is not a democracy. But democratic institutions do matter, even if they do not alone matter. And these elections definitely played a key role in the future of Iran's political system.