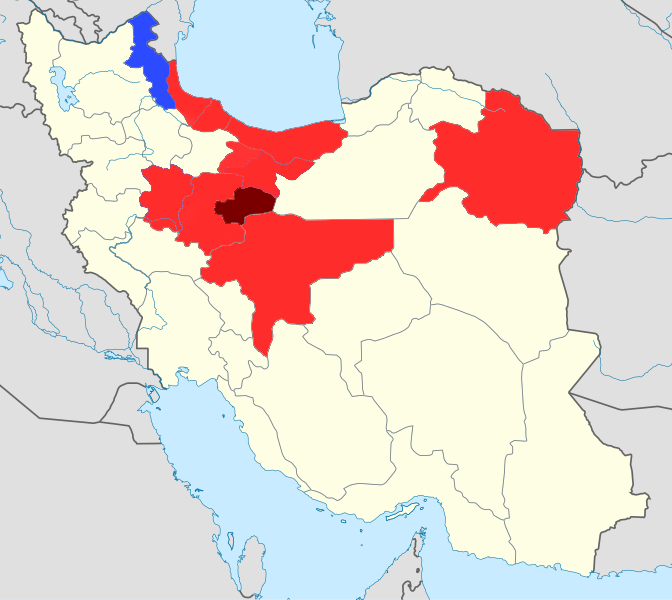 To say that 2020 has not been Ayatollah Ali Khamenei's year would be an understatement. In fact, after less than two months, 2020 might promise to be among the worst years in the history of the Islamic Republic, and that includes 1980 when Iraq invaded. The first week of the year brought the assassination of General Qasem Soleimani, the commander of Iran's Quds force and one of the most powerful men in the regime. More important than his role, which turned out to be far more vital to the operations of Iranian influence in the region than experts insisted at the time, was the symbolism of the attack. Soleimani was a symbol of Iranian power and influence. His ability to travel publicly throughout Iraq, which hosted American military bases unmolested was a symbol of Iranian might. His invulnerability was Iran's invulnerability, a stunning demonstration of how after 17 years of investment, Iranian influence in Iraq far outstripped that of the United States. Soleimeini's assassination then was a public demonstration of Iran's weakness, a message reinforced by Iran's inability to strike back. Not only did Khamenei and the Iranian leadership back away from real retaliation, illustrating their weakness by choosing a symbolic strike on American bases designed to avoid any deaths, but even this pro forma action turned into a fiasco when Iranian Air Defense systems shot down a civilian airliner killing hundreds of Iranians.

Coming on top of protests in both Iran and Iraq which demonstrated the regime's unpopularity in both countries, the events of January demonstrated not only that it was hated but that it was weak. The rationale of the Iranian hardliners, that whatever suffering the Iranian people endured due to their policies was justified by success in expanding Iran's power and influence was badly undermined. Recognizing this, Khamenei and his allies responded with usual recourse of the weak, an attempted show of strength which in reality merely highlighted their vulnerability. Elections for Iran's parliament, the Majlis were scheduled for February 22nd. If the myths which sustained the Islamic Republic, the myths bought into by much of the Western foreign policy establishment were true, the hardliners should have expected an easy triumph in a free election. The Reformist/Centrist coalition was in chaos. Former President Ali Akbar Rafsanjani, its leading figure within the regime was dead. The policies of the Rouhani Administration lay in ruins. The policy of engagement with the United States had turned into a dead end with the nuclear deal suspended, sanctions reimposed, and the concessions necessary to restart the process with the Trump Administration ruled out by Khamenei. The economy was in shambles. On top of all of this was the martyrdom of Qasem Soleimani, who Western analysts insisted was seen as a hero across the Iranian spectrum. Had that been true, Soleimani's bloody shirt should have secured a landslide against a demoralized and discredited Reformist opposition.

Khamenei did not think so. Nor did his hard-line allies on the Council of Guardians which vets candidates. The Council has always aggressively disqualified Reformists but nothing approached what happened this time, when more than 75% of incumbent Majlis deputies were denied the right to run for reelection. Some saw this as a show of strength by hard-liners. In reality, it was a confession of weakness. An admission that even in an atmosphere of nationalist fervor the Islamic Republic stood no chance of electoral victory against even the most discredited and hapless of foes. It was hardly a surprise that turnout, officially at 42%, was the lowest in the history of the Islamic Republic, down from 66% in 2016.

Khamenei blamed foreign propaganda which played up the threat posed by the Coronavirus for low-turnout. Not only was this a lie, but it was a pathetic one. The first Coronavirus deaths were reported only two days before the election, and within hours of the votes being cast the number of cases exploded with two members of parliament, one mayor, and the Deputy Minister of Health all infected. If anything, the actual situation of the virus was covered up. As of February 26th, there are officially 95 confirmed cases and 15 deaths. These numbers are dubious, not least because they imply a death rate of more than 15% dwarfing that of anywhere else in the world. South Korea with 977 cases has only 11 deaths. While Iran has far worse infrastructure, the numbers seem implausible, and impression reinforced by number of Iranians detected outside of the country to be infected. In the last 96 hours alone, Afghanistan, Bahrain, Canada, Egypt, Iraq, Kuwait, Lebanon, Oman and Turkey have detained more than 40 Iranian nationals infected pointing to a much broader pandemic. As importantly, it also highlights how the Iranian regime's cover-up has implications both domestically and internationally. Domestically it reinforces the narrative that the regime is untrustworthy and sacrificed the health of its own supporters for a PR stunt. International, the Iranian network Soleimani built is threatening to become a highway of death for those involved as well as bystanders. And all Tehran can do is blame foreign conspiracies. The outbreak in Iran has implications in at least six distinct ways.

1. It Reconfirms for the Regime's critics that it is not to be trusted

There has long been little trust in the claims of the Iranian government. Whether these claims related to human rights, the economy, public safety or corruption, many Reformists and other critics saw the whole edifice as lacking credibility. The handling of the January downing of a Ukrainian Air Liner reinforced this perception. Now the government has clearly hid a major viral infection, risking the safety of the country for geopolitical advantage by continuing flights to China. The admission that Coronavirus has reached Iran has been followed by the release of numbers that clearly bear little resemblance with reality. Already excluded from the global financial system by sanctions, Iranians now find themselves banned from traveling in their own backyard, treated plague carriers. That the government covered up the outbreak in order to drive up turnout in a rigged election made clear that the safest thing to do was the opposite of what officials urged. Those who boycotted the vote are at much less health risk than those who followed Khamenei's call to defy Iran's enemies by casting ballots.

2. It directly targets the regime's supporters

Well, what about those Iranians who faithfully heeded their Faqih's call to vote last weekend? The government's decision to urge the highest possible turnout, including busing in supporters in crowded conditions, showed a total contempt for the health and well-being of their own supporters. For the Regime, it was more important to have higher numbers of votes cast in an uncontested election than it was to avoid crowding people into unsanitary conditions for extended periods of time in the middle of a pandemic. Iranian hard-liners have based their legitimacy on the message that they are protecting Iran and the Shia/Islamic community. That is why Iranian forces are in Syria and Iraq fighting ISIS, and in Lebanon supporting Hezbollah. There have long been suspicions among Iranian Reformists that the well-being of the actual Iranian people has come second. Now there is demonstrated proof that the well-being of the most devoted followers of the Iranian government comes not just second, but a very distant one.

Reformists have long hated the Regime. This, however, is a direct attack on its base. Many of whom are friends or family of senior members of the Iranian Revolutionary Guard and political elite. In fact, the Guard themselves have been exposed, having played a key role in turnout operations. That treatment by their commanders may not sit well with the rank and file.

3. It is an illness of the elite

Unlike in China, where the disease began at a seafood market, or in South Korea where it started at a religious cult, in Iran the virus is a disease of the elite. Not only are two members of the Majlis, but so is a sub-mayor in Tehran and the deputy Minister of Health. Potentially this is a consequence of the close links between the security services and China, but in Iran, where the IRGC controls a large portion of the economy, most businessmen are linked to the security services. Whereas in other countries the disease has threatened economic and societal disruption, it has generally not directly threatened the political order. No senior officials have fallen ill nor has there been much prospect of them doing so. That is not true in Iran. If a large portion of senior officials are in fact infected, they have likely spread it widely within the closed circles of the elite. This has momentous implications. The virus is particularly dangerous for the elderly, and the Supreme Leader is 80. Ahmad Jannati, the head of the Guardian Council is 92. Ayatollah Taqih Misbah Yazdi, the dean of the hard-liners, is 86. The potential exists for the incapacitation or elimination of key pillars of the regime.
‍

4. The potential for export

Iran's network of clients extends across the region. Numerous Iranian travelers have been identified as carrying the virus while traveling by air, but no such vetting exists in Syria, and the ability of the Lebanese and Iraqi authorities to restrict the entry of Iranian nationals does not extend to officers of the IRGC and other security agencies with close links to militias within their own countries. As members of those services appear to be the most likely to be infected within Iran, there is a strong possibility that the virus will pass from Iran to Hezbollah along with Iranian proxies in Iraq and Syria. Given the poor state of record keeping, and outbreak would be hard to even identify, much less control in Syria, with the potential to infect refugees. That in turn might trigger a panicked exodus which would further spread infection to Europe and Turkey. Anyone expecting a quarantine in Syria is delusional and such an outbreak would have to be checked at the Syrian borders. As for Lebanon, it will make Hezbollah the object of public fears over the virus.

There is one other area particularly vulnerable to an infection. The Gaza strip is overpopulated, has low hygienic standards, and limited public health resources. Given Gaza effectively is already a quarantine zone it is unclear how a quarantine would be instituted in the event of an outbreak, or even who would implement it. Hamas? An outbreak there would have the potential to kill tens of thousands if not more, and would redouble Israeli and Egyptian determination to isolate the area at the same time it would intensify international criticism of Israel's policy. To Israel's critics, Jerusalem would be letting the Palestinians die, even if there was nothing Israeli officials could do once an outbreak occurred to stop it. Given the sensitivity of the Palestinian issue in large parts of the West, this risk should be higher on everyone's radar screens.
‍